The calm between two storms settled on Shropshire and Mid Wales today, with blue skies and cold winds. 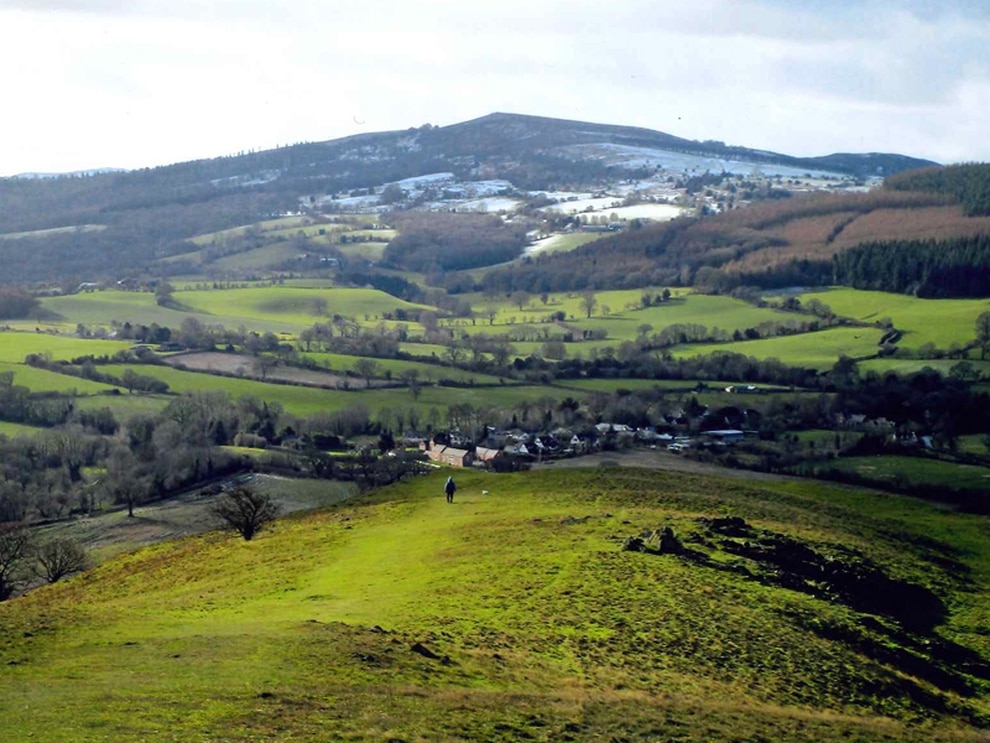 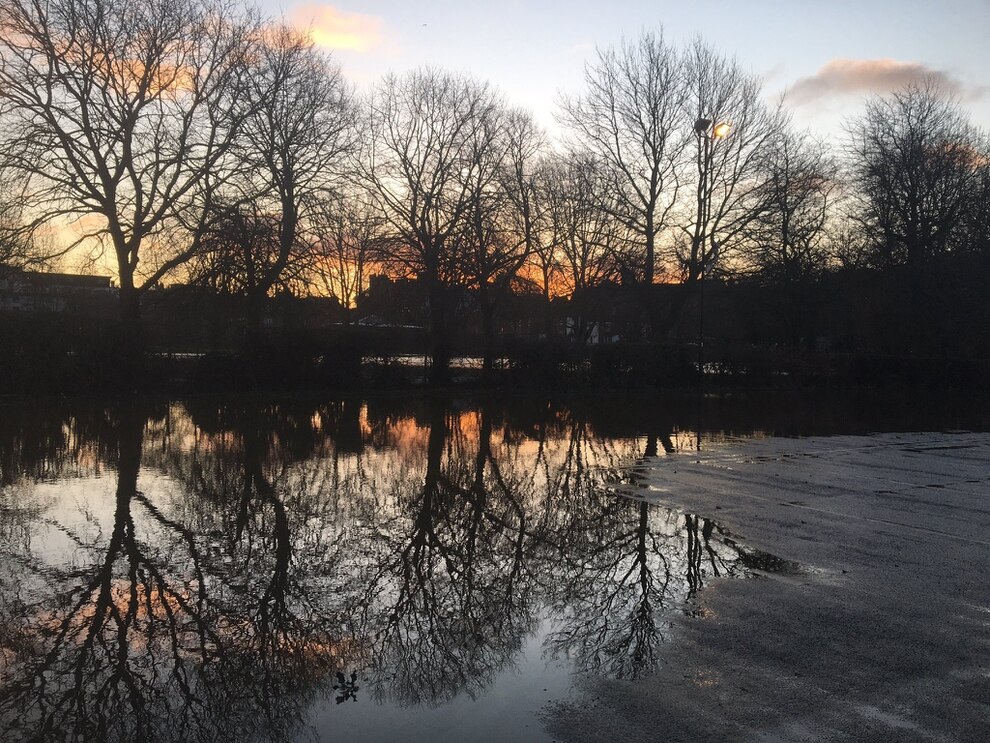 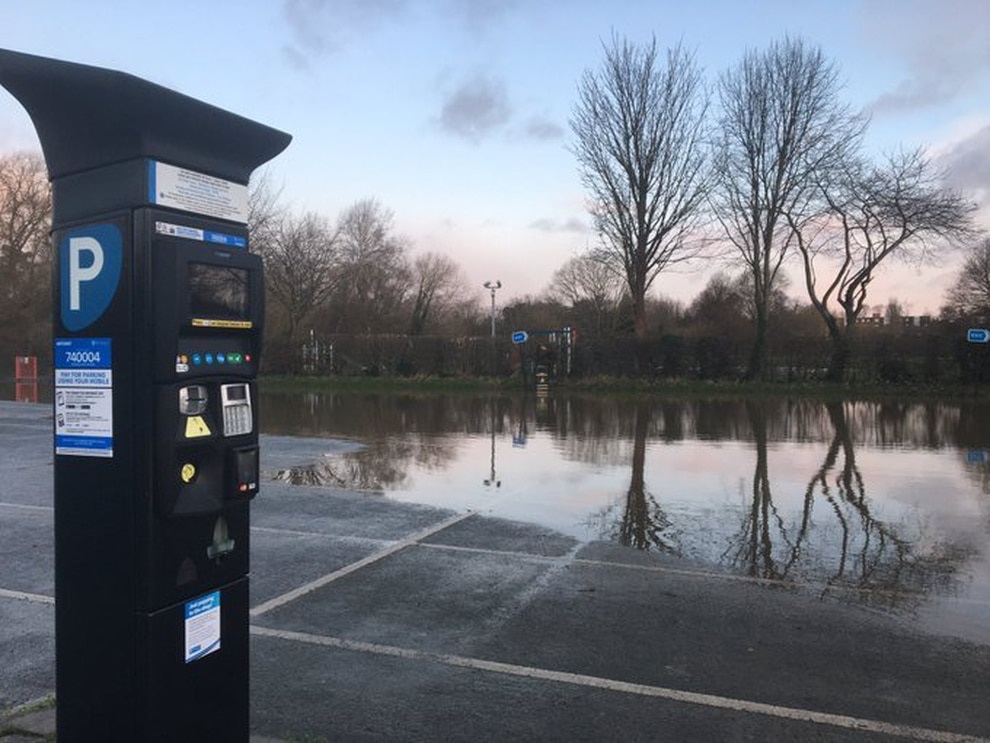 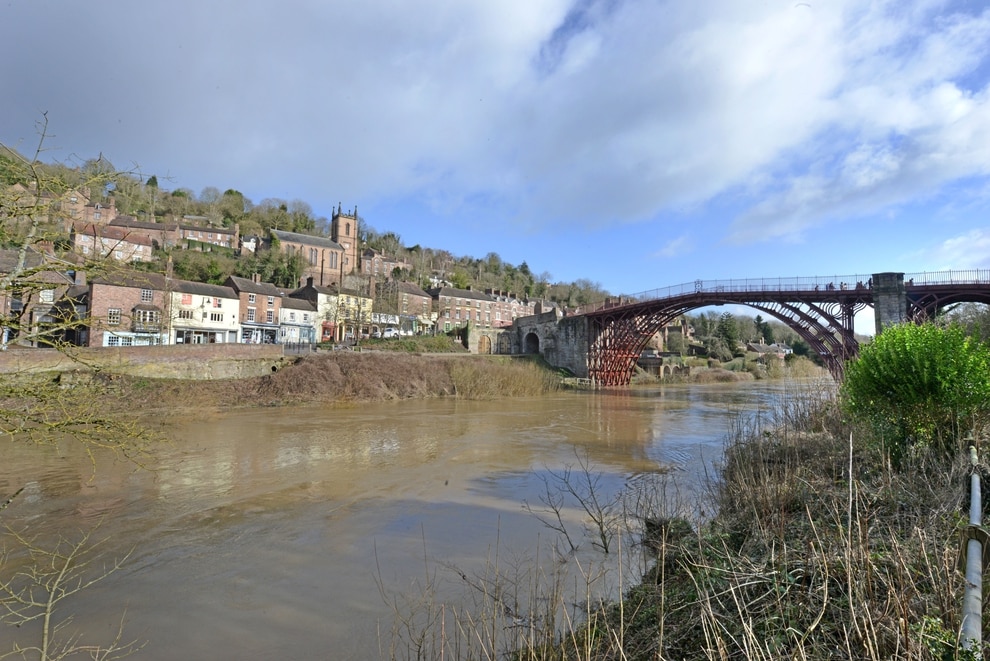 The River Severn in high in Ironbridge

Barriers will not be put in place at Ironbridge, agency staff say.

There is still one flood warning in the county, for the River Severn at the Shrewsbury Showground and The Quarry, with lower flood alerts for the Severn across Shropshire and the Severn Vyrnwy confluence.

Across the Welsh border there is a flood warning for the River Dee below Llangollen.

Shrewsbury Police has today warned people on social media that road closures remain in place as the river level is still rising in Sydney Avenue.

Wintry showers have led to snow settling on high ground in the region including on the hills above Oswestry and at Earls Hill, Pontesbury, where keen photographer, Dave Evans captured the scene on camera yesterday.

"It was the coldest I have known up on the hill, because of the wind," he said.

At Llangollen the Ponderosa cafe on the Horseshoe Pass was closed yesterday because of snow and ice but the owners said they were hoping to reopen today.

Weather forecasters say rain will return tonight, but say the main problems will be on Saturday and Sunday when another deep low, storm Dennis, hits the UK.

Across the country snow and ice could cause travel disruption today before Britain is struck by another burst of heavy rain and gales from Storm Dennis over the weekend.

Cumbria, Northumberland and vast swathes of Scotland have been warned of “blizzard conditions” by the Met Office as snow showers are combined with strong winds.

#StormDennis could be a troublemaker this weekend.

Wind gusts up to 60mph again and a lot of rain where it’s not wanted.

The regions are subject of a yellow weather warning with up to 10cm of snow forecast in higher parts, while Northern Ireland could see further snow showers, forecasters said.

The fourth named storm of the 2019-20 season, Dennis, is set to bring a second consecutive weekend of wet and windy weather after Ciara struck the UK with winds of up to 97mph.

Gusts of 50mph are expected, with more than 60mph possible over hills, coastal areas and exposed locations, the Met Office said.

Predicted heavy rain could also run the risk of further flooding, with 43 warnings still in place in England, six in Scotland and one in Wales following recent heavy rainfall.

Around 730 properties are believed to have been affected by flooding in recent days, the Environment Agency said as it warned of more wet weather ahead when Dennis takes hold.

Caroline Douglass, flood duty manager at the agency, said: “River and surface water flooding is possible on Saturday into Sunday due to Storm Dennis and we are advising people to check their flood risk and to stay safe on the coast or when walking or driving near swollen rivers.”

“Although Storm Dennis is currently not expected to be as severe as Ciara, disruption is still likely.”

Multiple people killed in shooting at US brewing giant