Shrewsbury Town verdict: Hard-earned point is among best of season

As an isolated result this was an impressive point for Shrewsbury Town. 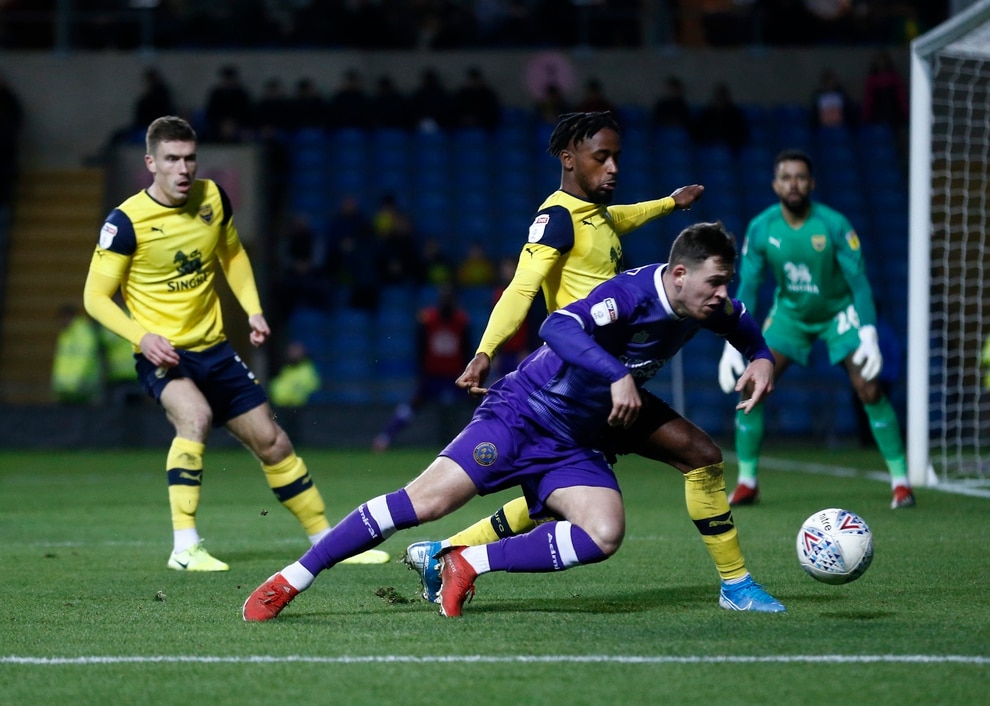 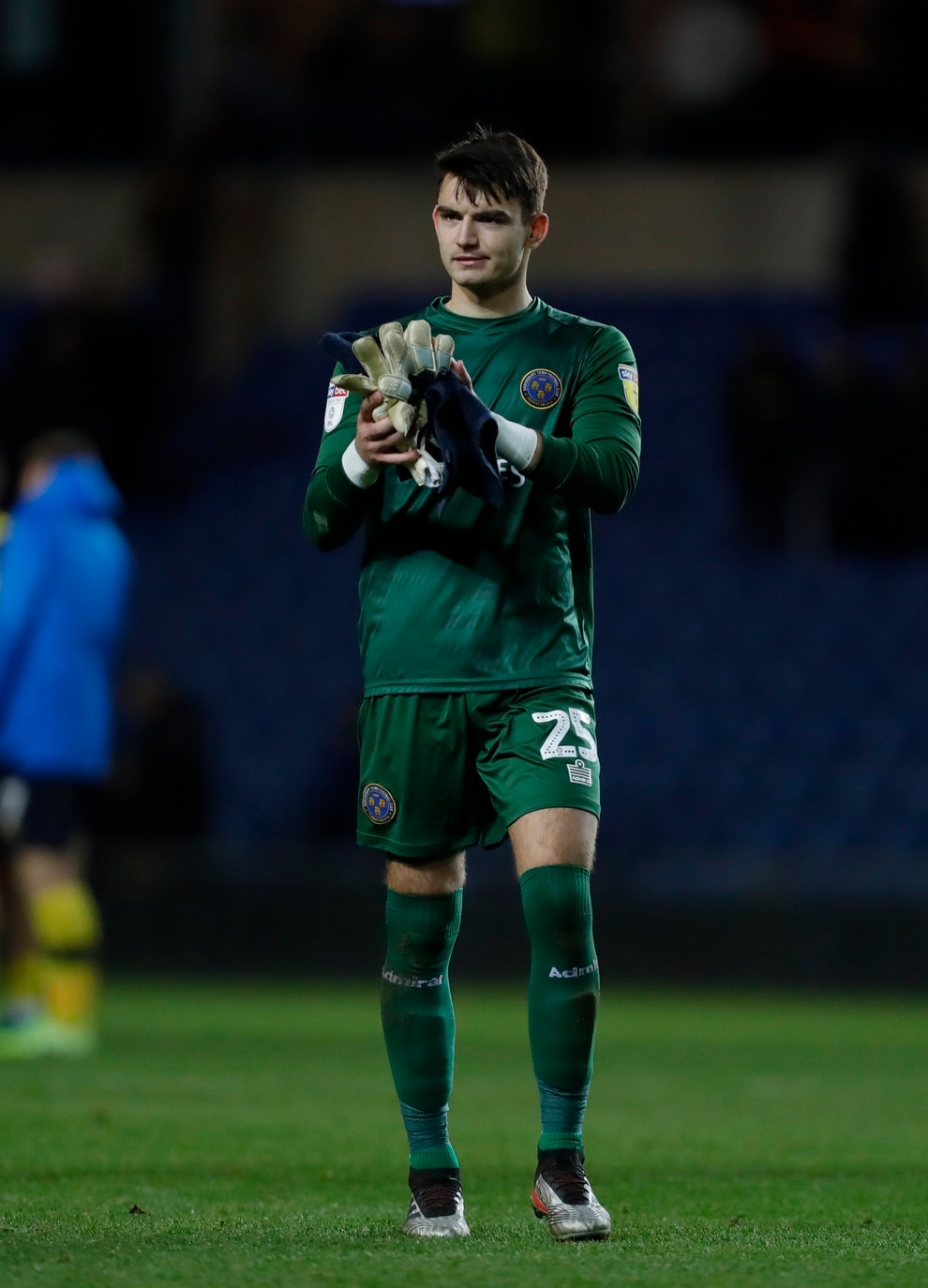 There is no arguing Oxford’s record at the Kassam Stadium and form this season. They have been almost untouchable of late.

Yet for 25 minutes on Saturday, Shrewsbury played them off their own park and the locals grew agitated as Sam Ricketts’ side barely gave them a sniff.

A fifth goalless draw in 18 League One games goes some way to telling the story of the season so far. But given that Oxford had not lost in 90 minutes for 17 games, this was a creditable outcome.

This was Town’s best point on the road this season given the context.

A 12th clean sheet in 26 attempts in all games this season for Shrewsbury, nine in 18 in the league.

But, on the flip side, Shrewsbury have also failed to score in nine of their 18 league contests, a statistic that needs working on.

Ricketts, returning to his old stomping ground, had vowed to let his side off the leash and not go to Oxford just to defend.

It looked as if he was being true to his word as Oxford barely had a sniff of threatening the Shrewsbury penalty area inside the first half-hour.

But the one-way traffic could not be sustained and the in-form and free-scoring hosts soon grew a foothold but, like many others, were unable to find a way through Town’s mean backline.

Town’s best moments going forward came early through a couple of Dave Edwards efforts and Aaron Pierre’s header cleared off the line, but Karl Robinson’s injury-plagued U’s were in the ascendency late on.

Only stunning pieces of individual defending from Ethan Ebanks-Landell and Pierre kept the promotion-hunting Yellows at bay.

Given the Kassam side’s absentees issues, there was a hint of a missed opportunity in the air for Town.

That is not to suggest it wasn’t a very decent point but, especially considering how well they started, it felt like there was more in the offing to be taken back up the M40.

Oxford named an emergency signing between the sticks in goal but Jordan Archer was not tested enough. It was in midfield that the hosts were really suffering, with a handful of players out.

To make matters worse Anthony Forde and James Henry also trudged off to the treatment room. It was very much a patched-up Oxford side, but one that grew in confidence and momentum against Shrewsbury who, for some reason, were unable to sustain their impressive starts to each half.

Had Town been able to build on the way they sprung out the traps and punished the hosts’ lack of options, then Ricketts’ side could have been the ones to inflict a first defeat on the U’s since September 7.

It appeared Shrewsbury tired physically and mentally after running all over their hosts early on.

Salop failed to profit from their period on top and perhaps knew they may come to regret it and doubted their ability to go for the jugular again.

One thing that may come with a lack of goals – Town are joint second-fewest scorers in the division with 16 – is a lack of belief that they can find a way through.

But there is no lack of confidence at the other end of the pitch where the well-drilled unit convincingly kept Oxford at arm’s length throughout much of the contest.

Town have tinkered with their system during cup competitions recently but 3-4-3 has been the formation of choice for more improved recent league successes.

Ricketts opted to show Oxford some respect while still trying to deliver on his vow to attack the hosts by lining Town up in a 5-4-1 diamond shape.

Wing-backs Donald Love and Scott Golbourne dropped a little deeper alongside the centre-backs, primarily to deal with the U’s threats out wide.

There was a lot of emphasis on Shrewsbury’s central midfield quartet. Sean Goss, Josh Laurent, Ollie Norburn and Dave Edwards all started and were key in Town wrestling control early on.

Norburn began the game like a house on fire, dictating play with and without the ball. Laurent was a threat running into the box, as was Edwards, while Goss used the ball well and got around the pitch.

The idea was that midfield runners got forward in support of lone striker Fejiri Okenabirhie – who got the nod over Jason Cummings – to trouble the home defence, who like Shrews have not conceded many this term. It seemed to be working. Oxford could not get near Town for most of the opening half.

But the U’s found their way into the game. Perhaps Shrewsbury’s midfield was overworked and they were unable to maintain the energy needed to close off space in the centre of the pitch, in wide positions and in support of Okenabirhie.

Town’s lone striker began the game well but visibly tired towards the hour mark and was subsequently brought off. He had nothing fall his way in front of goal.

Oxford were well on top by the end, despite Ricketts sending on Daniel Udoh and Ryan Giles for fresh legs as an option on the counter.

Max O’Leary was only forced into one save of note while Town’s manful defending was more than enough to repel the league’s second-highest scorers.

As noted at the top of this piece, the point is a very hard-earned reward for another organised and resolute shift.

Supporters have come to expect that and it is kudos to Town. Unfortunately, and it has been a running theme, Salop will know they need to sharpen up at the other end to provide belief for supporters and players that goals are on their way.

This was a point to be praised but 0-0 draws will not move Shrews up League One.

Turning them in to wins is the challenge to overcome.