Shrewsbury Town’s fine recent record in the FA Cup continues and we can all look forward to tonight’s draw with real excitement. 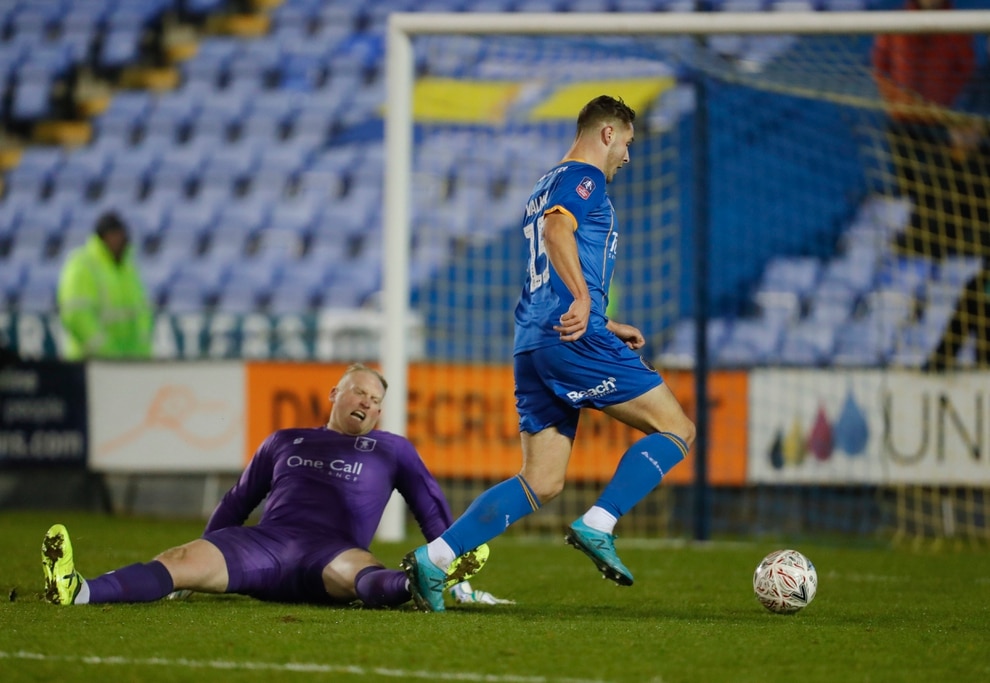 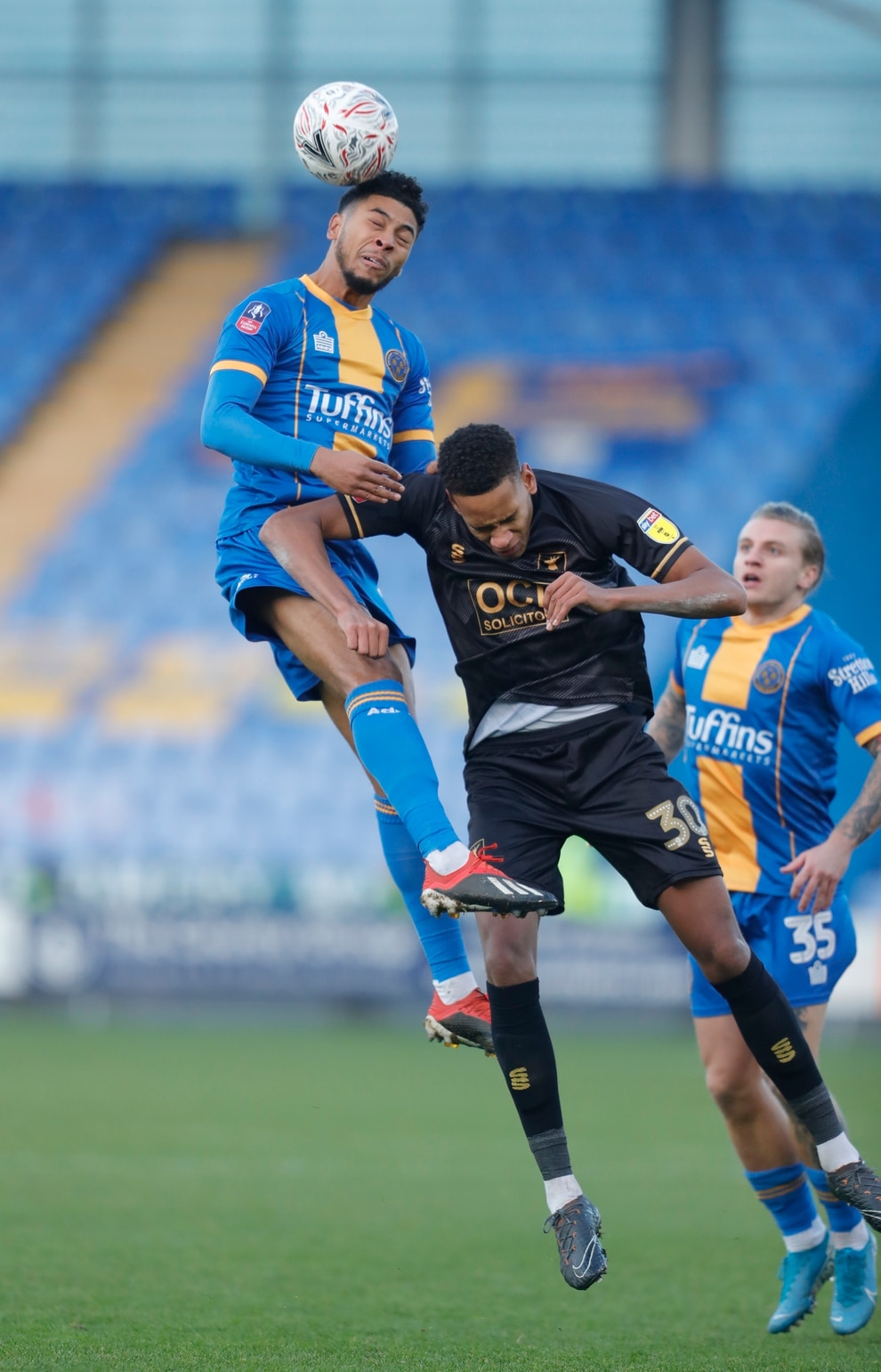 Sam Ricketts’ side made hard work of struggling League Two Mansfield, but got the job done late on and were deserved winners on the balance of play.

It is the third season in a row and fourth time in five seasons that a ball with Shrewsbury Town’s number on will be rattling around in the bowl ahead of an FA Cup third-round draw.

That is some run given the club only made the third round once in the first half of the decade – and you consider the FA Cup third round droughts throughout the late 90s and mid-to-late noughties.

Town will hope more occasions like recent dates with Wolves, Stoke, West Ham and Manchester United are around the corner.

Even playing more than half an hour with 10 men didn’t knock Shrewsbury off their stride against the out-of-sorts Stags.

Ollie Norburn’s red card on the hour bemused most and replays suggest the captain was very unfortunate to be red-carded for kicking the ball into a Mansfield player’s face fractions of a second after the referee had whistled for a foul.

It mattered little for Ricketts’ men – who had more goalscoring chances up to that point, although Mansfield’s Andy Cook had just spurned the game’s best opportunity.

Already the best player on the pitch, he took matters into his own hands with another driving run from deep before latching on to Daniel Udoh’s deflected strike to convert from close range thanks to his newly-developed predatory instinct. That’s four goals in five games for Laurent and four FA Cup goals in two seasons for the midfielder.

It might be time to rename the competition the ‘Josh Laurent Cup’.

That effort, in the 88th minute, all-but confirmed Salop’s place in the third round. Up to that stage, it appeared we were headed for a Field Mill replay after the Stags had kept their hosts at bay.

Donald Love steered a clear opening narrowly wide with little over 10 minutes to play. A frustrated Ricketts turned away in response to the spurned chance.

It felt like Town’s opportunity to rubber-stamp their place had gone. But, to their credit, 10-man Shrewsbury kept knocking on the door, although it felt like it would take some of Laurent’s drive and desire to make it happen.

Credit Ricketts for his late changes and credit subs Udoh and Brad Walker for their impact. Udoh had already been involved in Laurent’s opener before he turned creator deep into added time.

Walker cleared a ball from Shrewsbury’s box and former Telford man Udoh did the rest. A superb spin away from his marker set the striker away and with fresh legs he knocked it past another defender.

On his return from injury, Udoh then had the presence of mind, vision and ability to pick out Walker’s surging run and the midfielder knocked it past helpless keeper Conrad Logan before finishing in style.

What looked set for another challenging midweek replay had become a routine home victory.

In truth, it was anything but, and the afternoon could have panned out very differently had Cook turned in his glorious sitter after half-time.

Both Ricketts and Norburn will be frustrated at the captain’s dismissal. Norburn had taken a couple of whacks during the second half, but he looks innocent on video evidence. It will be surprising if Town don’t appeal.

As the clock edged towards 90 minutes with the score locked at 0-0, it did feel like another case of deja vu at Montgomery Waters Meadow.

Ricketts’ side have already played out four goalless stalemates this season while goals haven’t been free-flowing.

Shrews have been sharper in the final third and creating better and more regular chances in recent games, noticeably after the manager opted to switch to a 3-4-3 system. Seven days prior they managed three goals, albeit shipped four against.

A clean sheet return was welcome too. The impressive Ethan Ebanks-Landell, Aaron Pierre and Ro-Shaun Williams ensured the returning Max O’Leary wasn’t over-worked on his return in goal.

Ricketts reverted to the 3-5-2, using strikers Jason Cummings and Fejiri Okenabirhie up front together with Dave Edwards the supporting midfielder.

They had nothing to show for it, but Town played some good stuff early on.

Edwards was just unable to connect before Logan made a fine save from a corner. Salop didn’t seriously threaten again until Love should have squared for a simple Cummings tap-in before half-time.

Everything in between was either from distance or lacking conviction.

Yet in their build-up play Ricketts’ men looked confident and fluid. Norburn, Laurent and Edwards were using the ball well and all pressed Mansfield into a panic.

Town couldn’t get up and running after the break and, oddly, it took Norburn’s dismissal to click them into gear. Norburn received harsh criticism from some supporters, but he had put in a tidy display until he was handed an unfair early bath.

But it was yet again time for fellow midfielder Laurent, who is beginning to look like a real prospect, to step forward.

He has improved ten-fold in most departments of his game. It is remarkable to watch a confidence player develop so much in a reasonably short space of time.

The former Wigan man has always had the potential to blossom but he is finally delivering on that. It is amazing what belief can do to footballers.

His four recent goals have doubled his entire Town tally and if that continues suitors will begin sniffing.

For now we can enjoy his improving talents and hope that plum draw comes out the hat tonight.