The people of the Ironbridge Gorge were starting to recover from the devastating impact of once-in-a-generation flooding which ruined a number of small businesses when the coronavirus crisis hit.

Now small companies which had been forced to close or lost business are shut again, following government advice to slow the spread of the virus.

Karl and Rebecca Maguire run five pubs across Shropshire including the Swan Taphouse and the Malthouse, both on Ironbridge's Wharfage which was badly hit by the floods.

The pubs lost about two weeks of trade when the Wharfage was evacuated in mid-February, but when the waters subsided they were able to re-open.

The Maguires were ramping back up and looking forward to Easter business, but then the pandemic came to Britain and last week pubs were among the businesses told to close by the government in order to slow the spread of the disease.

"[The flooding] feels like forever ago," Mrs Maguire said from her home, where she is caring for the couple's children while her husband fights fires to keep the businesses afloat while they are closed.

"Business was very limited and we were receiving cancellations for months in advance across both sites.

"In hindsight, we would take the floods back any day.

"My husband now is working more than he has ever worked. It is taking a hell of a battle to try and keep the business together."

She said that financial support that had been set aside for the businesses affected by flooding was only recently rolled out, but she acknowledged that it was "not really anyone's fault".

"Who could ever have seen that we would have two catastrophic events right after another? Even the government can't keep up.

"We're not moaning though – everyone is in the same boat."

She said that the gorge community which pulled together to bail out water and donate time and supplies during the flooding had remained strong through the coronavirus crisis.

The pubs' suppliers have even taken 'payment holidays' to help them stay afloat.

Meanwhile some people cannot observe the government's 'stay at home' mantra because their homes are still inaccessible because of the flooding, according to Ironbridge Gorge borough councillor Carolyn Healy.

"We still have a couple of properties where people can't go home," she said.

"What [the virus] does now is slow down the process of getting properties back in order. Having traders going into a business is not the best thing to do at the moment."

She said that some of the damage caused by the flooding, for example fallen trees in the Dale End park and damage to the Wharfage road surface, still remains and the clean-up effort will also be delayed as contractors are redeployed to more urgent jobs.

Nicola Lowery is a former borough councillor for the Ironbridge Gorge and has this week signed up to the NHS volunteer scheme.

She said: "I think a lot of businesses were getting up on their feet, albeit in different ways. The resilience shown was commendable."

She said that the effect on Ironbridge's hospitality sector at the beginning of its tourist season was "heartbreaking", but is confident they will come through with the support of the government's "generous" packages of support.

On the subject of permanent flood barriers, she said that she preferred more "holistic" defences including property level protection for individual buildings. 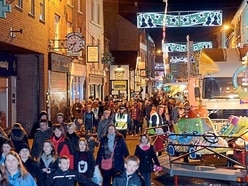 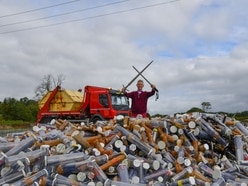 Man returned to prison after jumping from window to evade police 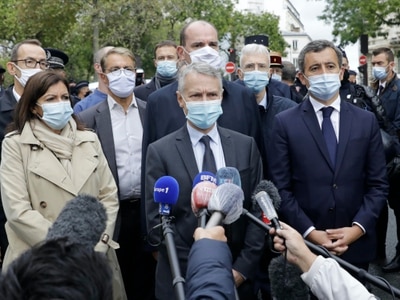