In both war and peace, Michael Charlesworth's 1940 Army-issue metal trunk went with him on his various journeys which over the decades took him thousands of miles across the world. Michael Charlesworth, left, sailing out for a teaching appointment in Australia in 1953. 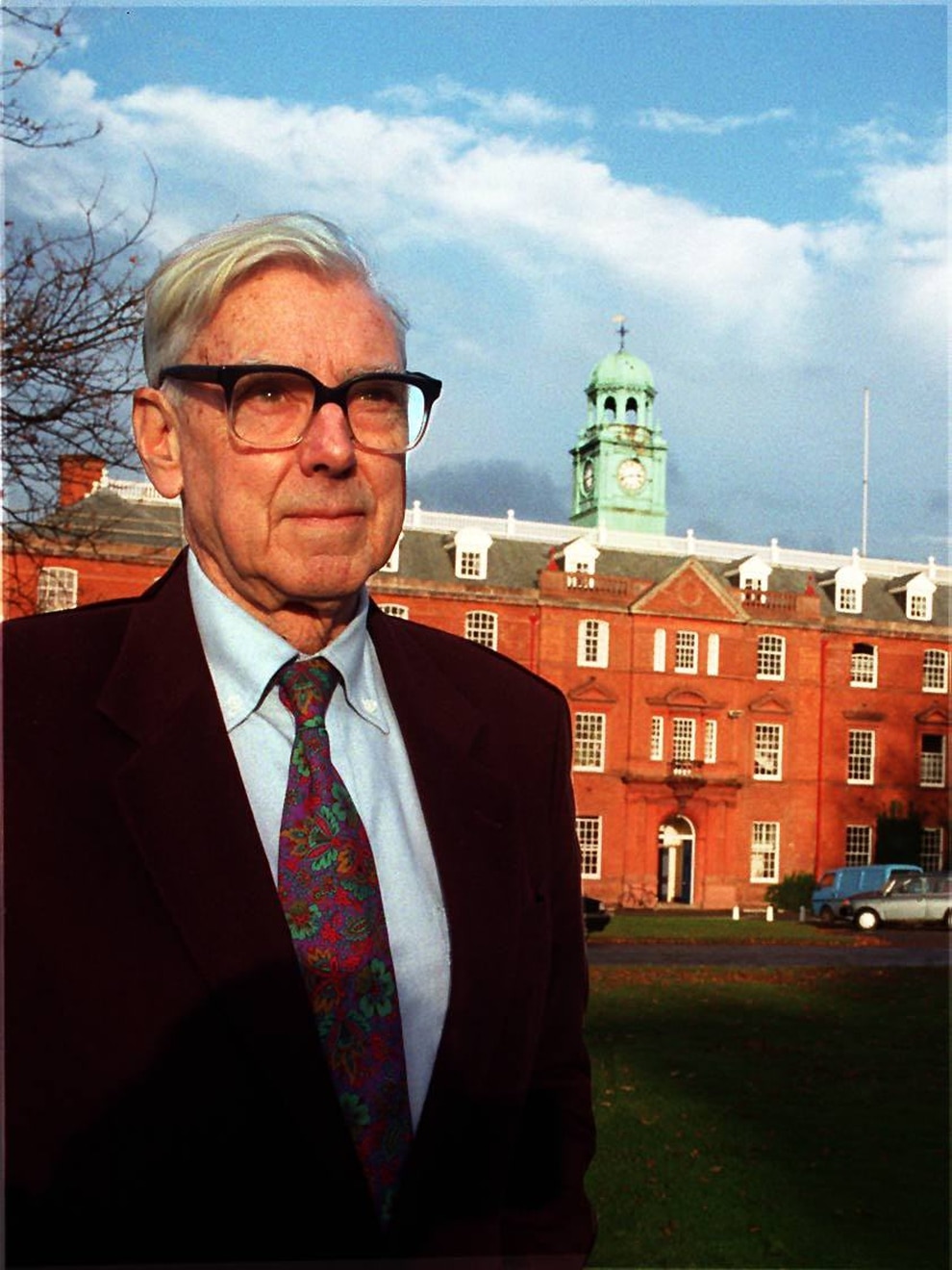 The late Michael Charlesworth was deputy head at Shrewsbury School. 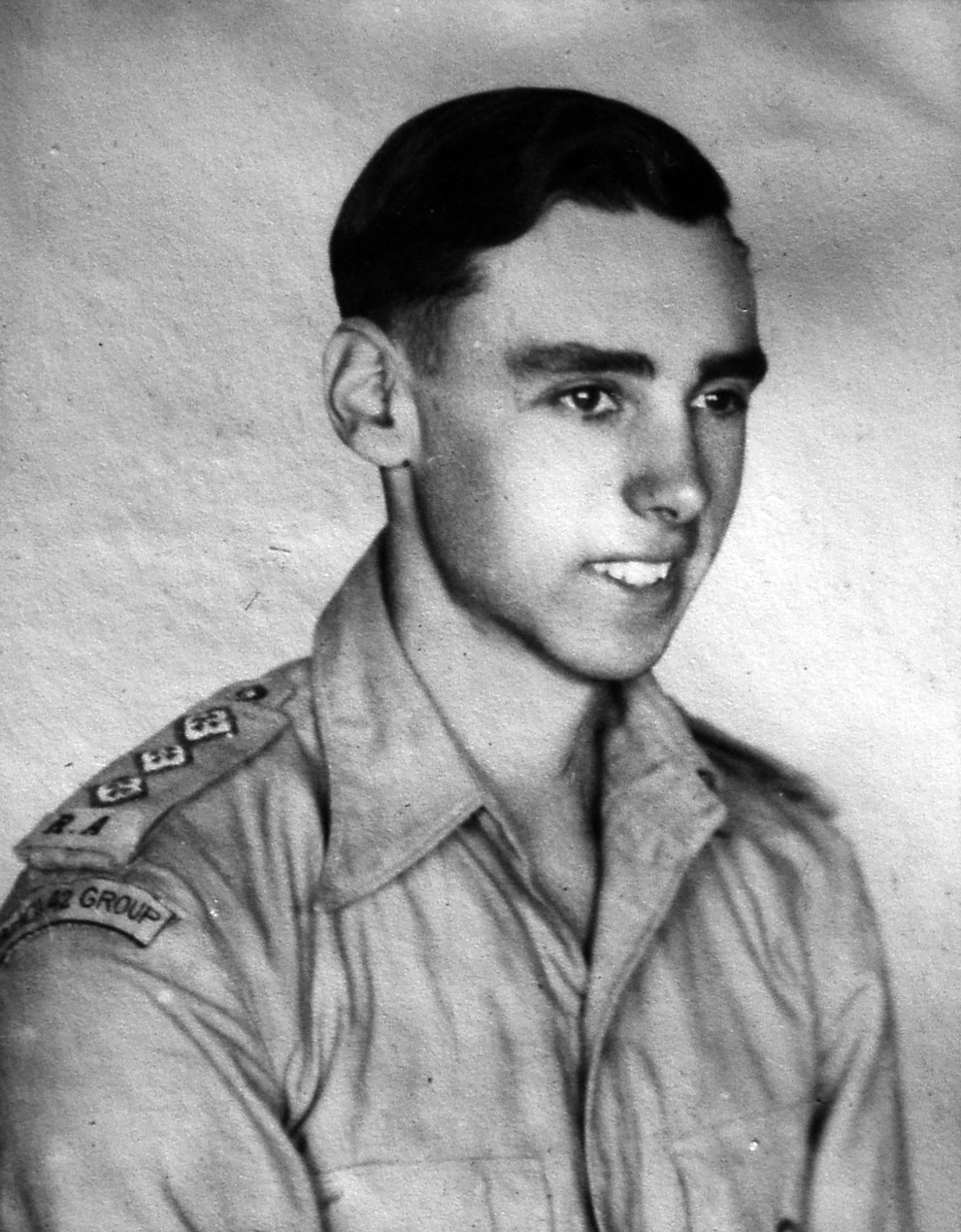 As a Captain in the Royal Artillery in 1944. 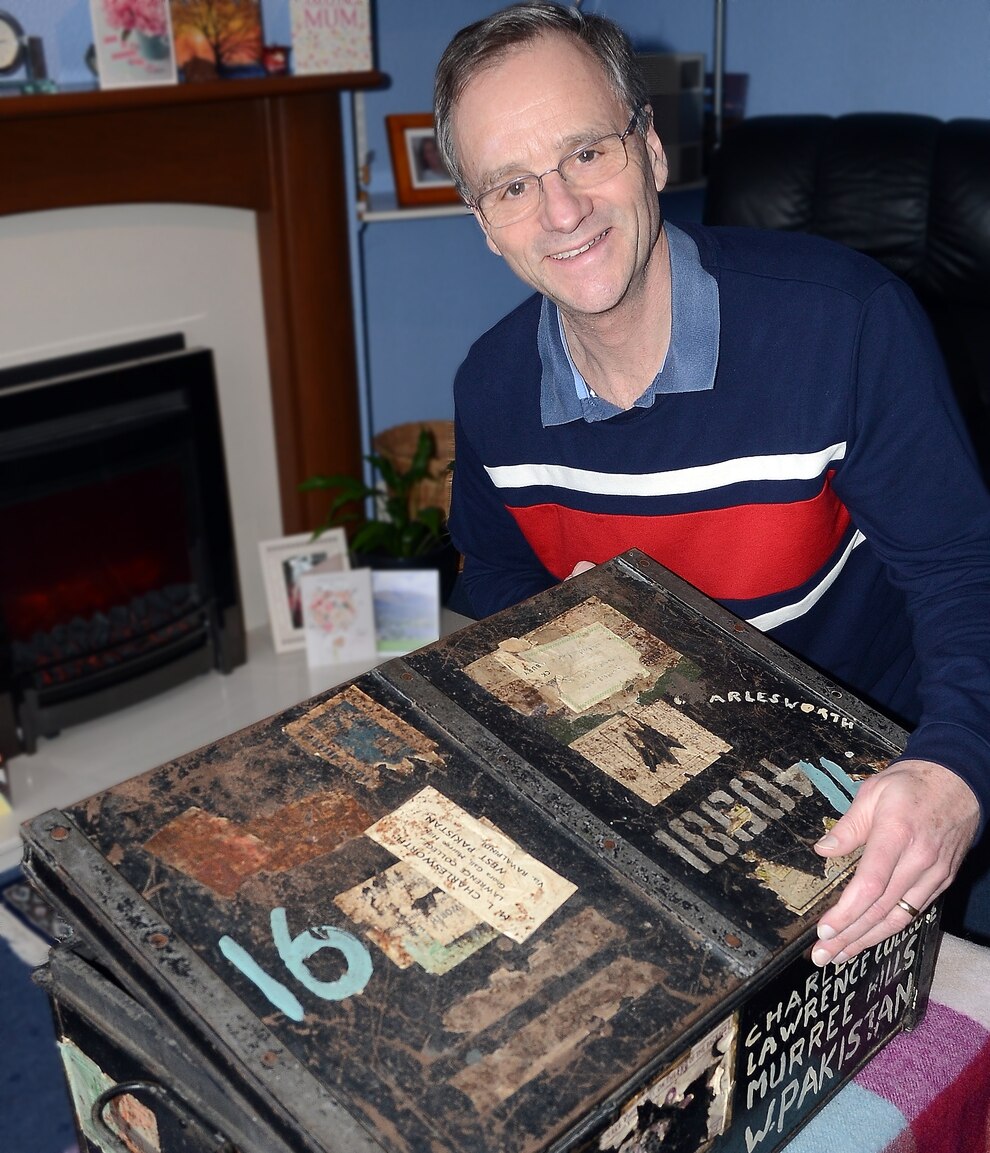 Martin with the well-travelled trunk

Its various stickers, shipping labels, and marks attest to those travels. Melbourne, Karachi, the Murree Hills, and so on.

Finally its wanderings were over, and it was retired to the attic of the family home in Shrewsbury. And there it stayed for 53 years, long after Mr Charlesworth – well known as the deputy head of Shrewsbury School – had moved out, and keeping its place under the eaves even though the house changed hands more than once under new owners.

Until, that is, last year, when Colin Jenkins joined Shropshire Squash Club, and got talking with another member, the late Michael's son Martin.

"He asked if I was from a local family, and I said yes, and then asked if I had lived in Kennedy Road, and the answer again was yes," said Martin.

"He then said: 'I have got something that your father left in the house in 1983. There have been two owners of the house between your father and myself and my wife, and they left his trunk in the loft, seeing it as part of the house which they didn't want to remove.'"

Martin had heard a rumour that his father's trunk, which he has no memory of ever having seen, not even in childhood explorations of the loft, was still up there.

"I heard that many years ago, but I didn't think it was very significant. I thought, a case is a case. Little did I realise it was of great antiquity and with a very interesting travelogue attached to it."

At Colin's invitation, Martin went round with his wife and three daughters to have a look at it.

"I examined it closely and realised it was of immense interest because it had travelled many places with my father during his life."

The upshot was that Colin gave the trunk to Martin, meaning it was back in the Charlesworth family after 36 years "away" in the attic of the old family home.

"It was a kind gesture. I was extremely interested in it and my reaction was to try to piece all the jigsaw together historically. I found it quite moving to be able to retrieve this fascinating family heirloom," said Martin, who lives in Belle Vue.

Although the trunk was empty, using the stickers on it as clues to dovetail with information in letters and family memorabilia, as well as Michael's autobiography, called Behind The Headlines, Martin has been able to put together the story of his father's – and the trunk's – travelling.

Issued to Michael by the Army in 1940 after he had joined up, he served in the Royal Artillery, sailing for India and taking part in the Burma campaign, reaching the rank of Captain. On his return in 1945 he became a staff officer and was involved in processing over 100,000 German soldiers who had surrendered to the British in Norway, as well as Russian prisoners.

His teaching career at Shrewsbury School, which he had attended as a boy, began in 1947 – he continued there until 1981 – but the travels continued.

There was an exchange at Geelong College in Australia in 1954, a road trip bringing him back home from Calcutta with three friends in a Land Rover, and a post as the principal of Lawrence College, Pakistan, from 1961 to 1966, the year the family moved in to the house at Kennedy Road. Michael's international work assignments were on secondment, and he remained on Shrewsbury School's staff.

The trunk then went into the attic, and was the only thing left in that house when the Charlesworths moved to Port Hill in 1983, prompting the question, why didn't he take it with him?

"That's the mystery," said Martin. "He probably didn't consider it that significant, or he forgot it – history doesn't relate."

Back with the family, the old trunk is doing good service once more, although not on the travelling front.

"We now use it in our family to house some toys for the grandchildren."