Thousands of revellers flocked to Clun for the town's popular annual Green Man Festival, with hundreds lining the banks of the river to watch a dramatic staged battle. 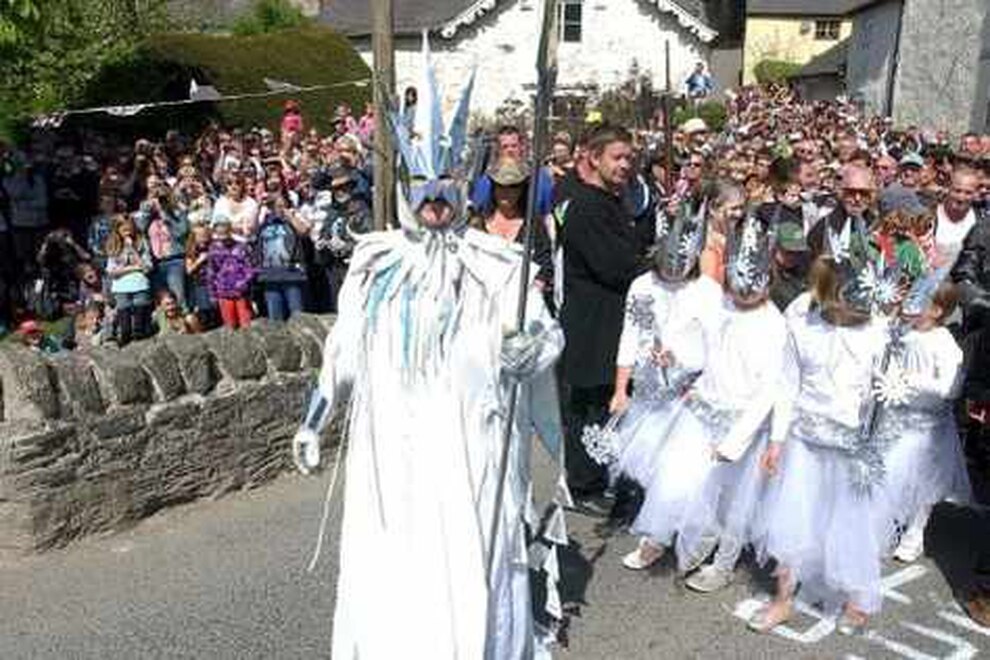 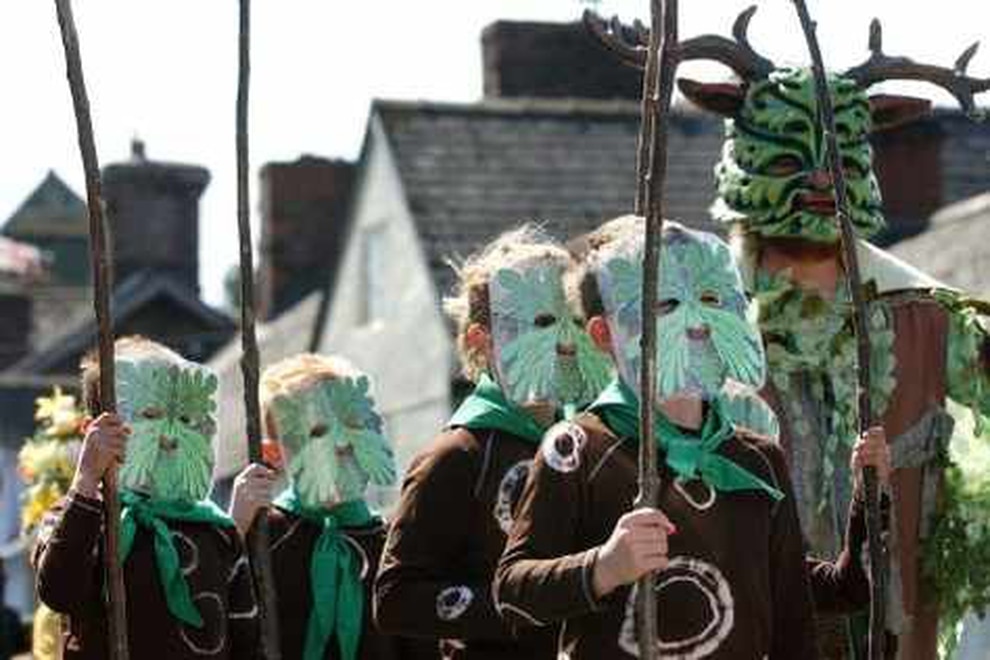 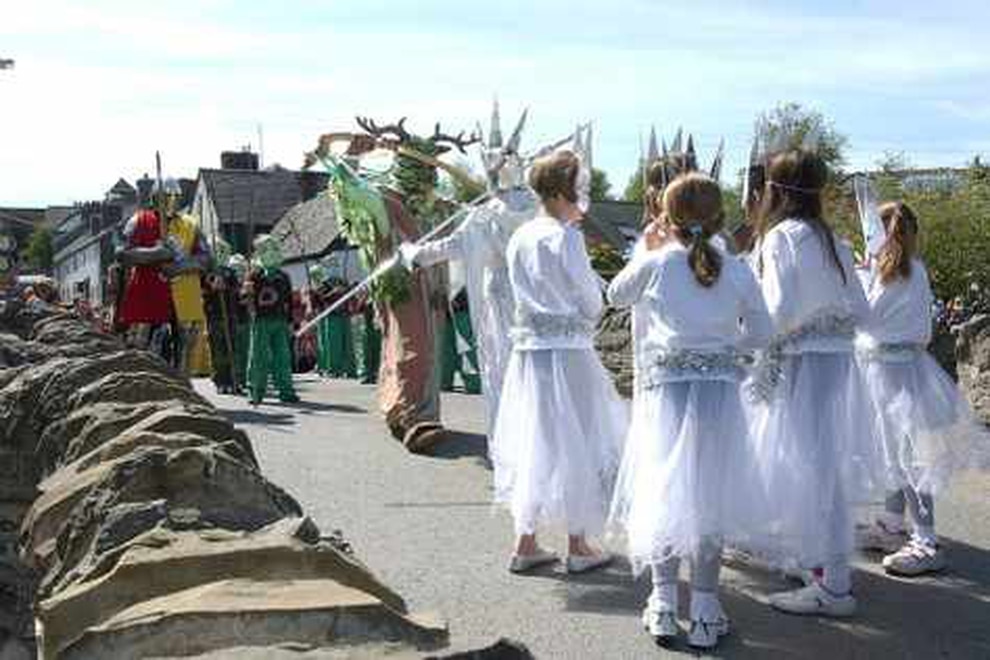 Visitors saw the Green Man take on the Frost Queen on Clun bridge on Monday in an annual ceremony which is said to decide whether there will be a summer in the Clun Valley. The fancy dress battle was the climax of the three-day Clun Green Man Festival.

The Green Man, accompanied by the May Queen, approached the bridge from the church at noon.

The Frost Queen and her entourage of costumed Little Icicles approached from Bridge Street. As is traditional, the Green Man won the fight, so Clun will have a summer according to legend.

The festival's packed schedule started on Saturday evening with a performance by world music group Sheelanagig, with support from folk band Laxenby.

Families enjoyed a craft fair in the town square from noon until 6pm on Sunday before live music in The White Horse Inn and The Sun Inn pubs.

The Old Surgery Gallery displayed Shropshire artists' work throughout the festivities, which were expected to attract about 4,000 people to the town. Local and conservation organisations such as English Heritage, Shropshire Historic Churches Trust and the Wildlife Trust were in attendance with stalls and information.

Clown Dingle Fingle also made an appearance at the festival, with the experienced entertainer bringing an act honed by his previous work at the Blackpool Tower Circus and the European Circus Monte Carlo in Oman.

He was also named as the London Children's Entertainer of the Year in 2010.

Yesterday, young festival-goers were able to have fun in Ecoplay water walkers, with children able to get inside the transparent spherical devices and walk, run or roll across a stretch of water.

Clun Green Man Festival was originally launched in 1974, when it was known as the Clun May Fair.

A photograph display in the window of Davies' Newsagents in High Street during this year's event exhibited pictures from the history of the festival, including newspaper clippings from the early 1970s fairs.

By Chris Burn and Danny Carden