Up to 100 taxi drivers were due to take part in a two-hour demonstration in Shrewsbury today over plans for a shake-up of the black cab service in Shropshire.

Shrewsbury Drivers Action Group had initially planned to stage an all day picket at the Shirehall but claimed that due to massive public support, it had decided on a shorter protest to avoid customer disruption.

Members say they are outraged at Shropshire Council's proposals to de-zone the county's taxi structure.

Today's picket was expected to run from midday until 2pm.

It follows a protest in Shrewsbury on January 28 when about 100 taxi drivers took part in a rolling roadblock.

Richard Price, chairman of the group, today said they hoped the action would make council licensing chiefs reconsider their plans.

He said: "We have decided to reduce the time period we are there (the Shirehall) due to customer support we have had for this.

"This issue is on-going and what we don't want to do now is end up with a lack of service to customers, so we will still be providing a service to them throughout the day.

"We will be situated in front of the Shirehall by the Column and we will be carrying out a peaceful demonstration for the council to see us.

"We want to show them that we are serious about this and that the plans they are making are going to seriously damage our income and the service we provide."

Mr Price said the drivers taking part were expected to come from all areas of the county.

The county is currently split into five areas based on the old borough districts of Bridgnorth, north Shropshire, Oswestry, Shrewsbury and Atcham and south Shropshire. But Shropshire Council plans to create one zone with a single rate card.

Drivers claim that as Shrewsbury already has low fares, they could go up by 300 per cent and say a standard trip from the train station in and around the town could cost up to £15.

They also say it will result in confusion and present safety issues for the public.

Shropshire Council says it would lead to a "safe, consistent and fair standard" across the county, while insisting no decision has yet been made on the policy. 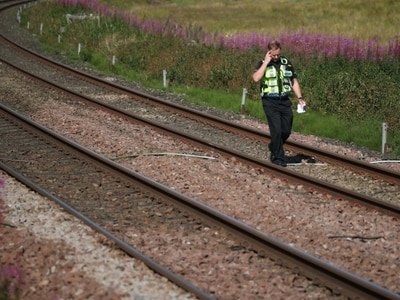