Travel review: Get away from it all at The Hand in the Welsh countryside

You don’t have to travel far to ‘get away from it all’. All it took for me was a 90-minute drive into the Welsh mountains for a total ‘digital detox’ where the only tweets were from the birds. 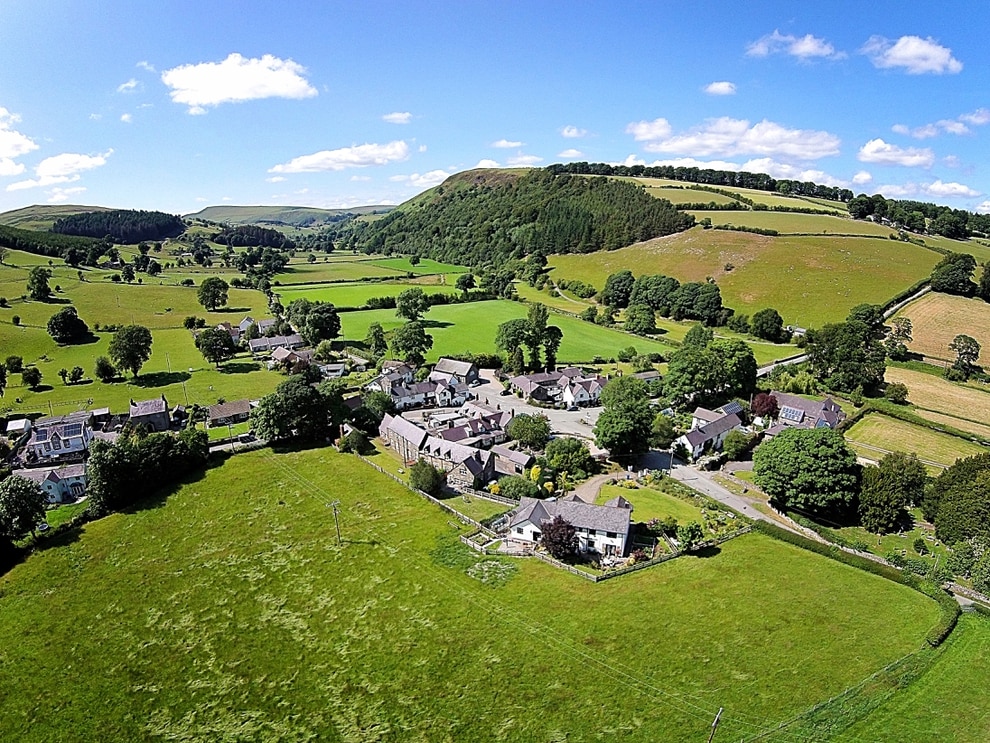 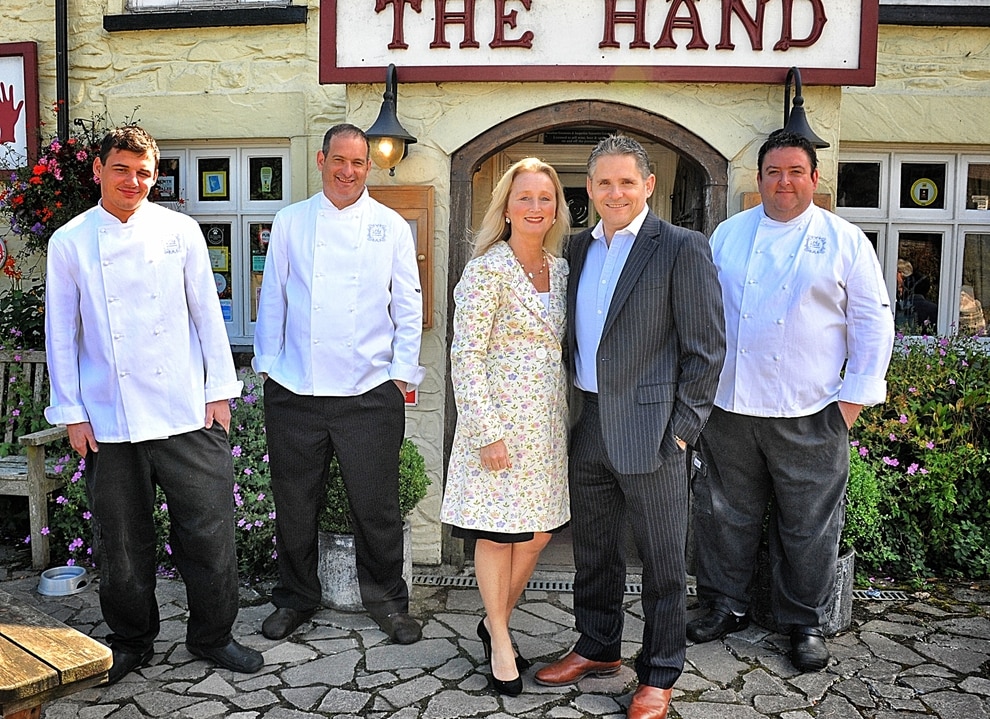 A bedroom at the former farmhouse 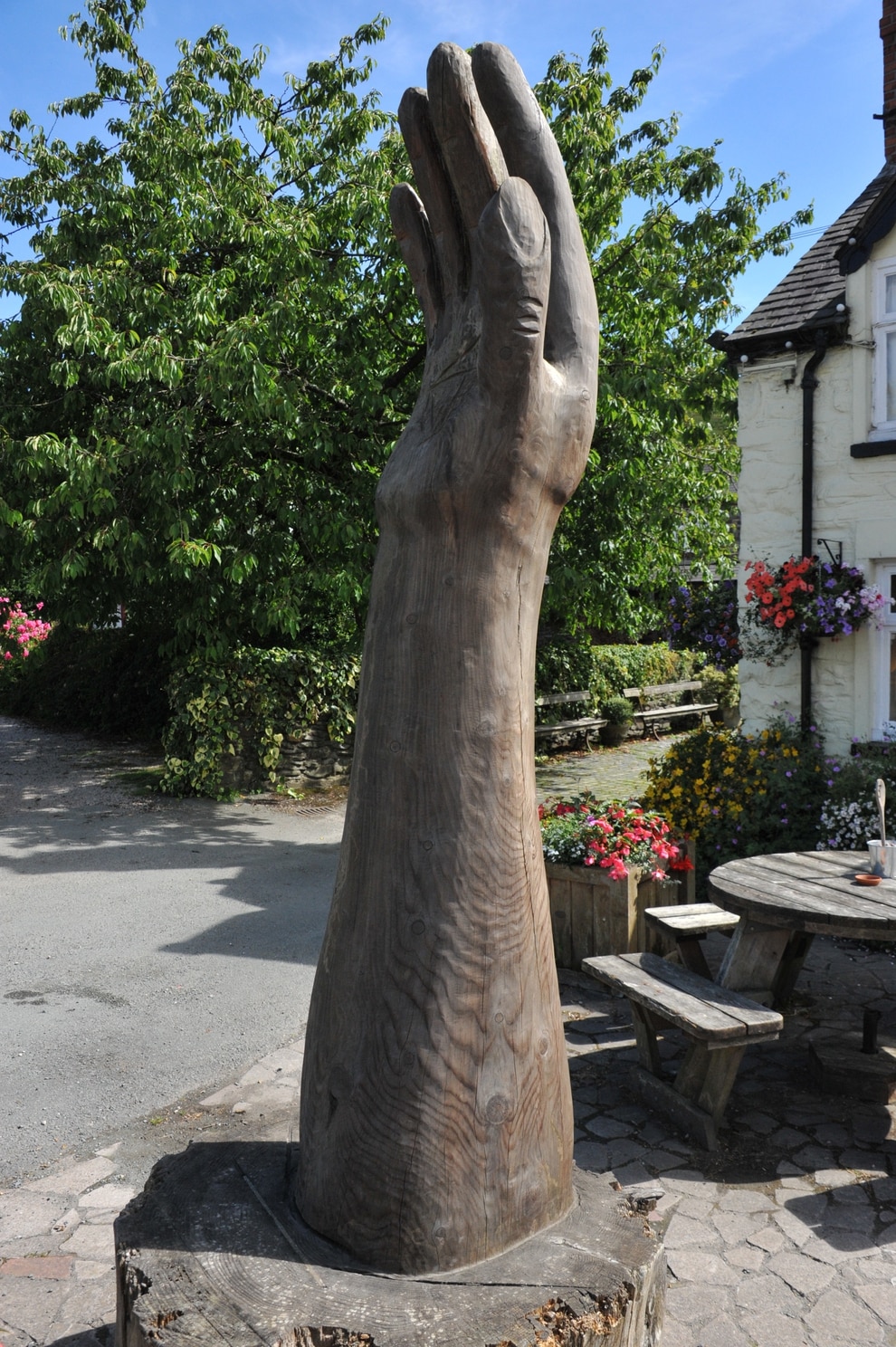 Wooden sculpture outside The Hand at Llanarmon 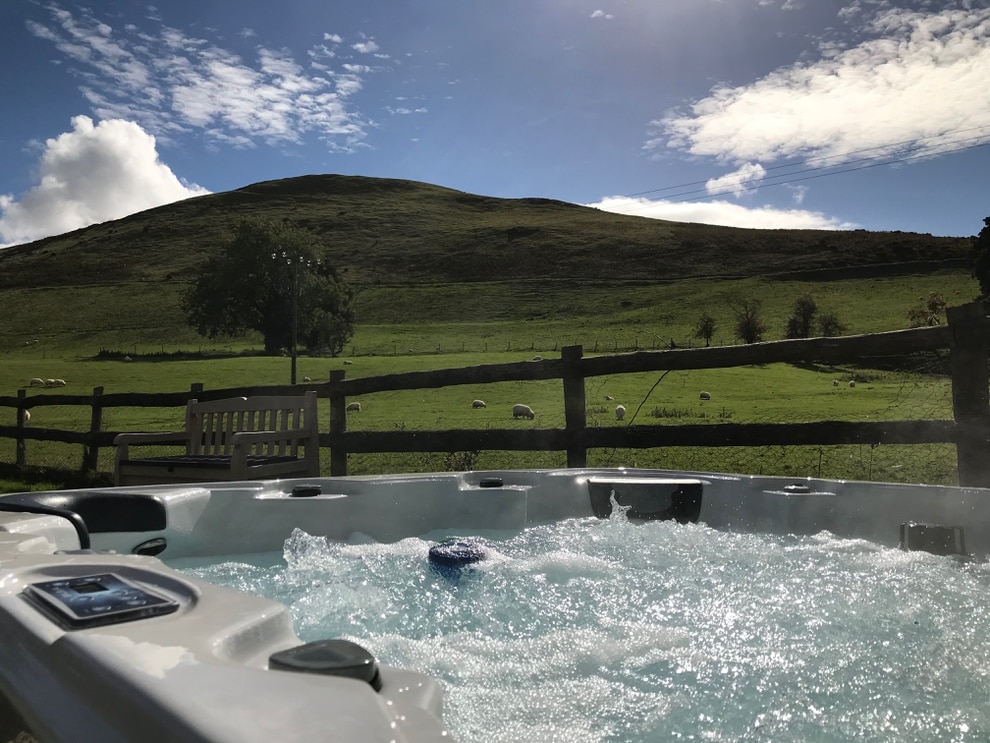 Hot tub with a view at The Hand at Llanarmon 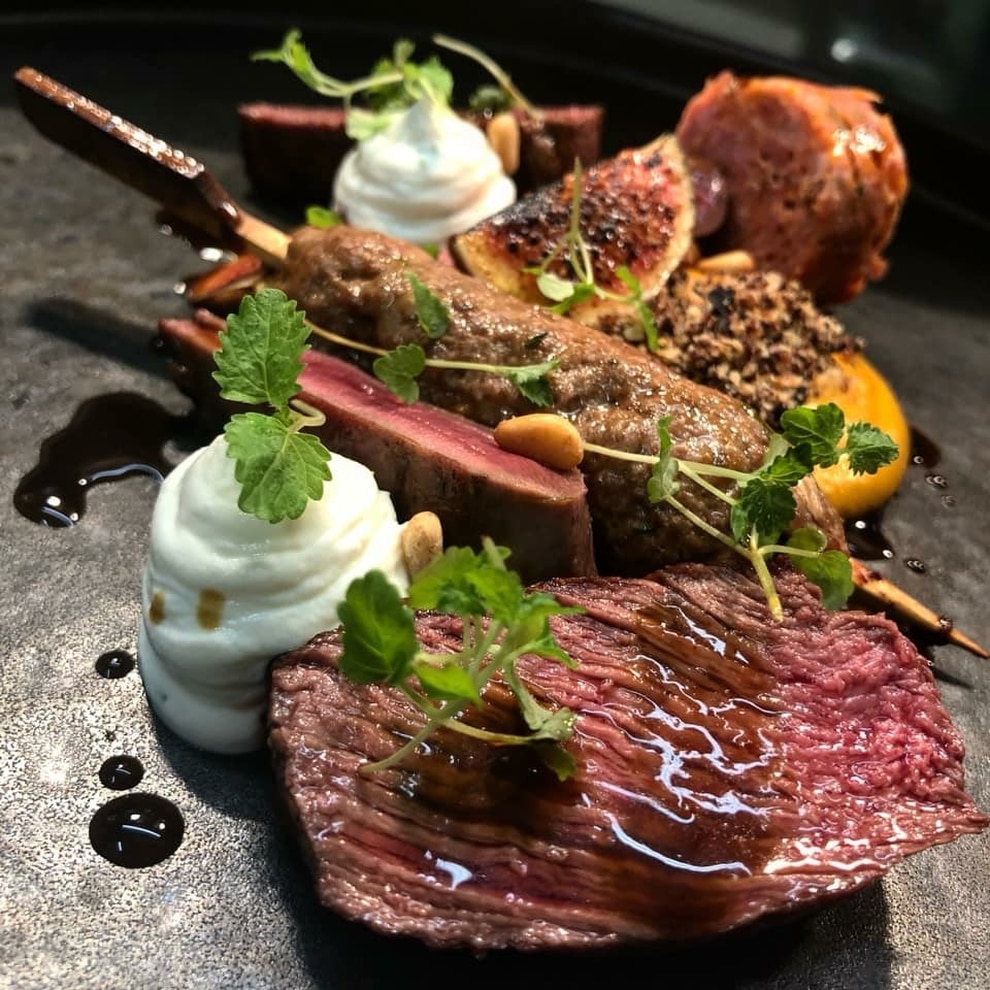 One of the dishes on offer 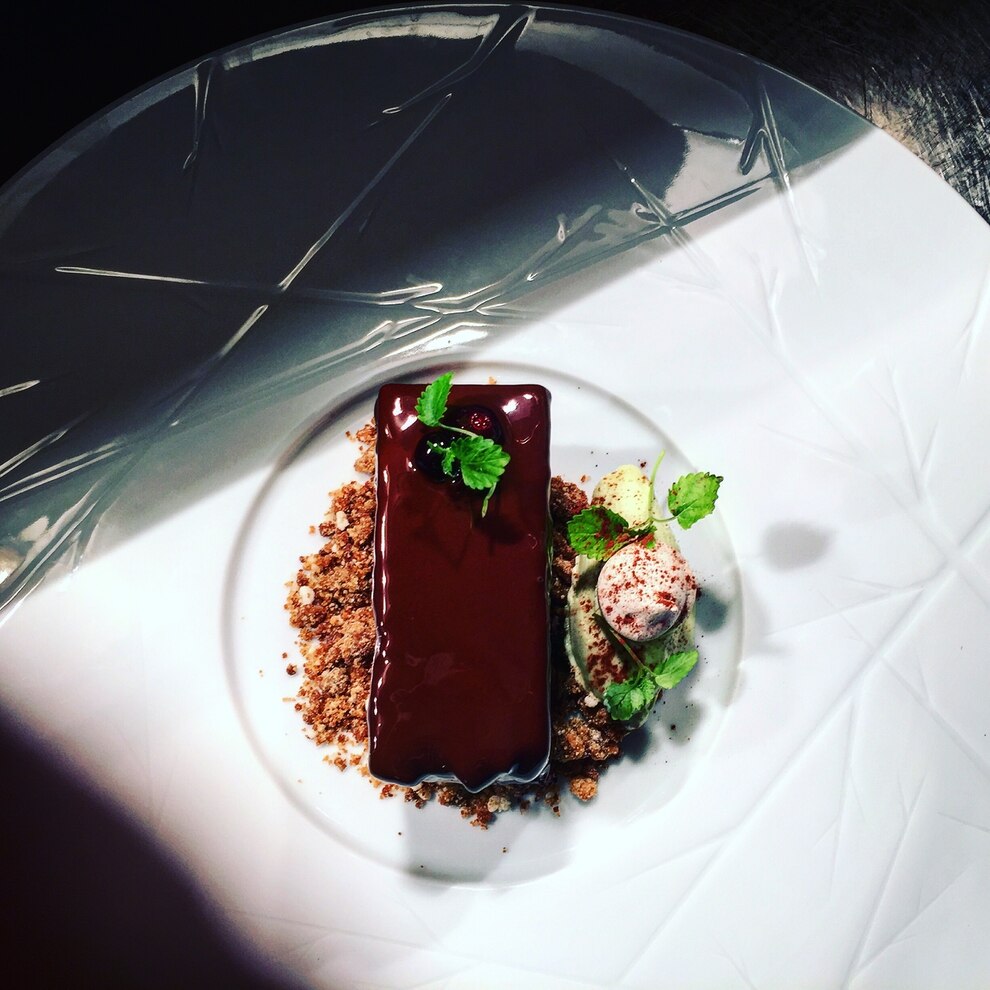 Dessert at The Hand at Llanarmon 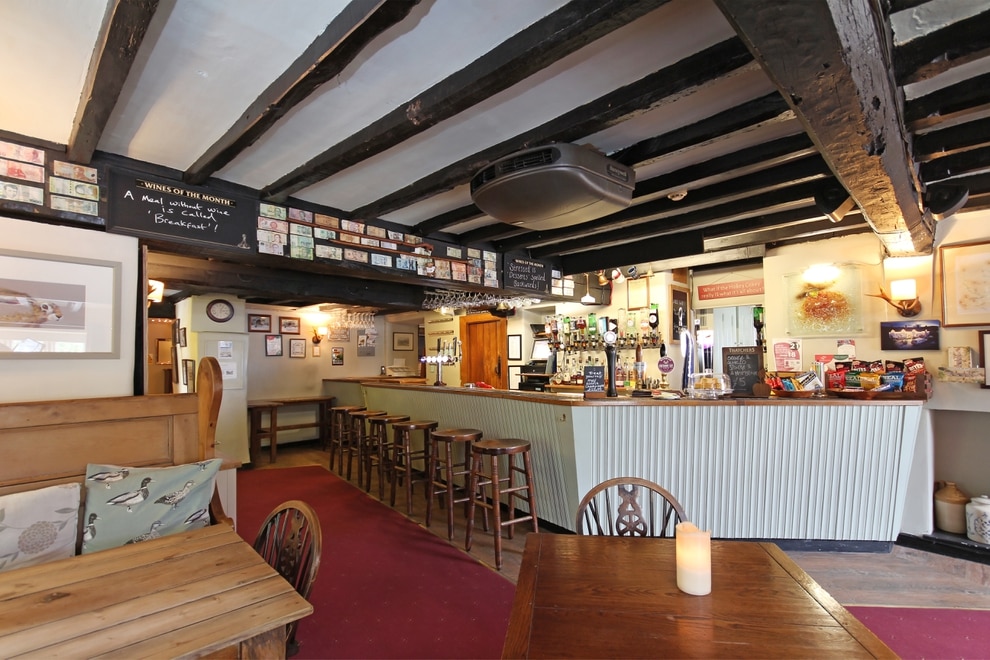 The bar at The Hand at Llanarmon 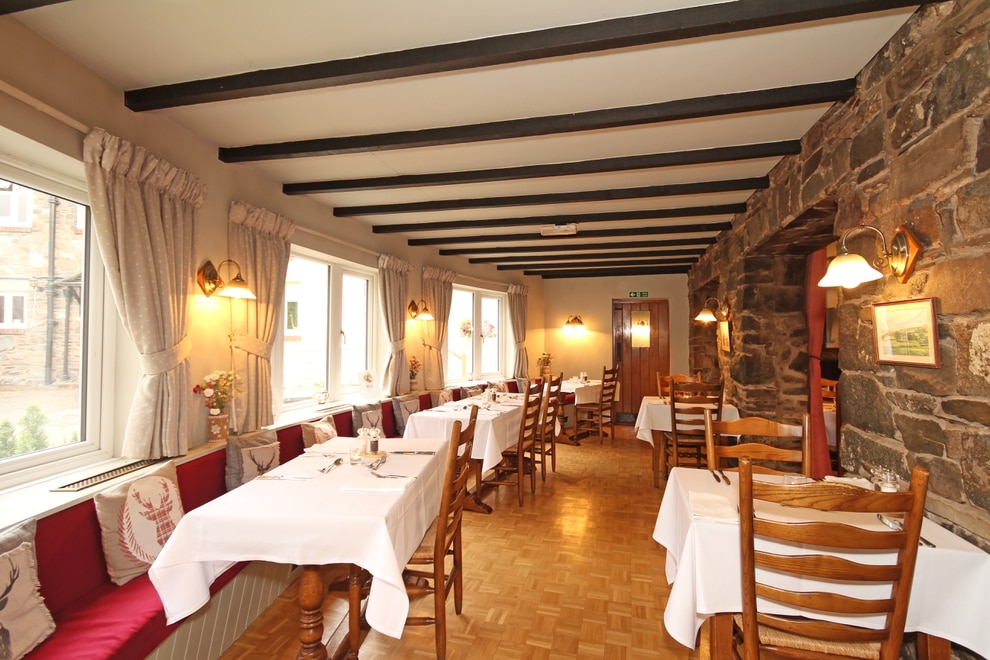 The restaurant at The Hand at Llanarmon 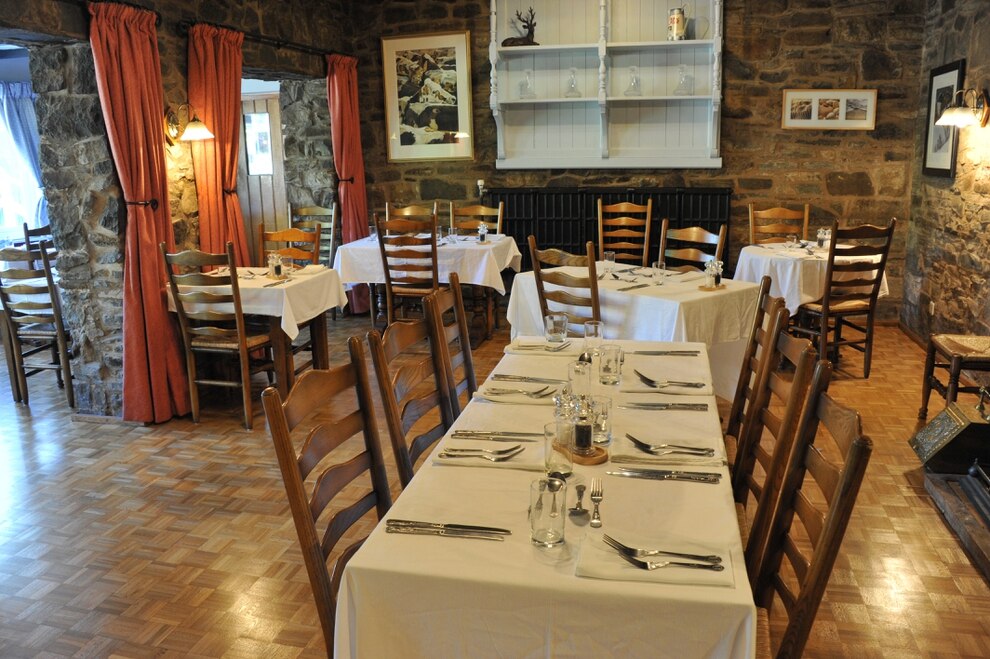 Nestled at the head of the Ceiriog Valley is the tiny village of Llanarmon Dyffryn Ceiriog, which for brevity’s sake and to differentiate from several other Llanarmons, is known as Llanarmon DC – which gives it a wholly inappropriate American twang.

To say Llanarmon is out in the wilds is no understatement. You can wave your mobile phone around as much as you like but are unlikely to get a signal.

Unwisely following the sat-nav, it took me along lanes with grass growing down the middle. I had to halt to remove a large branch that was blocking my way. For miles I only saw hills and sheep, lots and lots of sheep.

If only I knew then what I later discovered, that there was a perfectly fine B-road following the River Ceiriog from the village to Chirk on the English-Welsh border. Using that, I returned home to south Shropshire the next day in a fraction of the time.

At The Hand at Llanarmon, one of two inns where the old drovers’ roads meet, the car park was full by twilight and it was a good thing that we had booked for our evening meal. So why does this pub/restaurant/hotel attract visitors from as far away as The Wirral and North Wales coast, all flocking into deepest sheep country?

The answer is a combination of a cosy bah... sorry, bar; finely decorated bedrooms; delightful little spa; the warm welcome from owners Jonathan and Jackie Greatorex; and the meals from talented head chef Grant Mulholland.

The Scottish cook and his team draw on the finest local produce, such as trout from the Ceiriog, Welsh lamb and game, to produce meals which are satisfying while also showing considerable flair and imagination. No wonder they have been awarded two AA Rosettes and been included in the prestigious Michelin Guide for their culinary excellence.

The attention to detail continued at the breakfast table with a substantial cooked-to-order Welsh breakfast (home cured bacon, pork sausage, black pudding, grilled tomato, mushrooms and eggs how you want them). Don’t miss the delicious homemade orange marmalade for your buttered toast.

Local man Jonathan and his South London-born wife Jackie took over The Hand five years ago. Both had been teachers, originally in London, whilst photographer Jonathan had gone on to form a media company and Jackie’s 25-year career included the headship of several independent schools. But they gave it up for The Hand after falling in love with the former farmhouse and its “magical” location.

The story of their transformation of The Hand into a destination for the seekers of good food, rest, relaxation and country pursuits, is told in their new hardback book, A Slice of Heaven, a handsomely illustrated combination of their story with walking routes and Mulholland’s recipes, which is being published this month.

The Hand owes its name to a heraldic motif on the coat of arms of the Myddleton family of nearby Chirk Castle. The sigil itself refers to a Marches family feud that ended with a bloody sliced-off hand being hurled into the castle to claim ownership.

Surprisingly large and rambling, The Hand has 13 guest rooms, a restaurant in the former stables attached to the bar with its old beams and roaring fire. The spa offers a range of treatments, has a sauna and a hot tub with a gorgeous view of those sheep-flecked green hills. Our superior room in the former farmhouse was tastefully decorated in duck egg blue, had a super-king-sized bed and heritage bathroom with deep clawfoot tub.

This is prime walking country at the feet of the Berwyn Mountains and also a big draw for the shooting-and-fishing crowd. Just half an hour away by car is one of the ‘seven wonders of Wales’, Pistyll Rhaedar waterfall, a magnificent 240ft cascade that is well worth negotiating a narrow and bumpy road for three miles from Llanrhaedr-ym-Mochant, which incidentally is the home village of Jonathan.

The Hand at Llanarmon is a place to unwind and relax... and if you really must check social media, free guest wi-fi is available.

The Hand at Llanarmon: