Walking through the woods, making our way past the waterfall and finally breaking out in to the bright sunshine, it was clear to see just what had attracted those smugglers to this particular stretch of Welsh coastline. 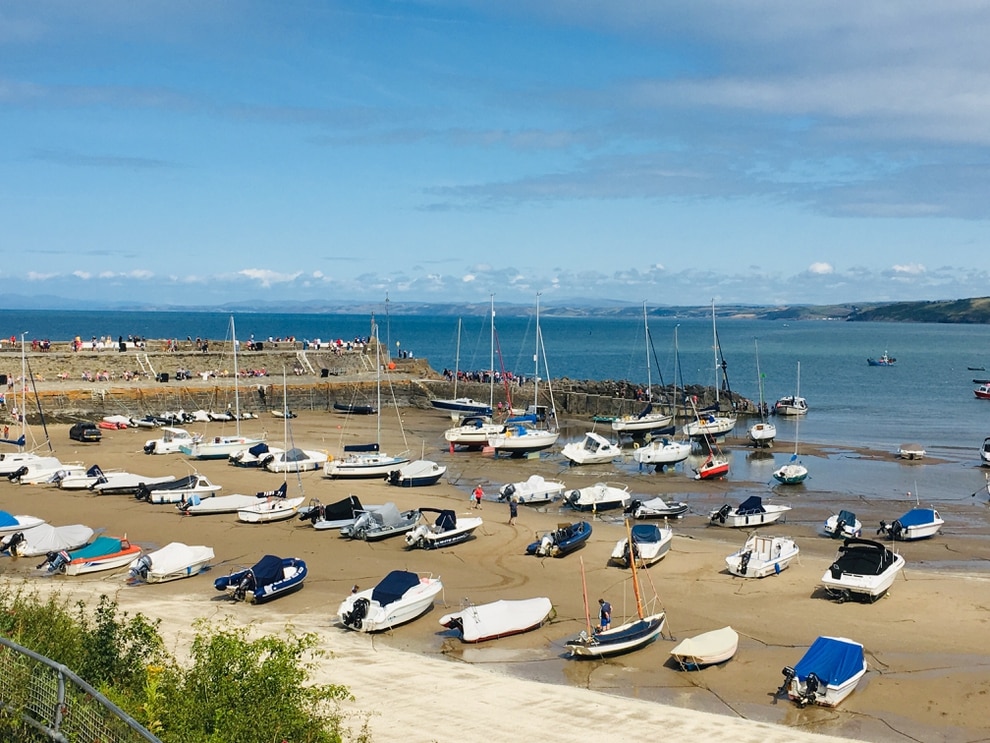 The harbour at Newquay 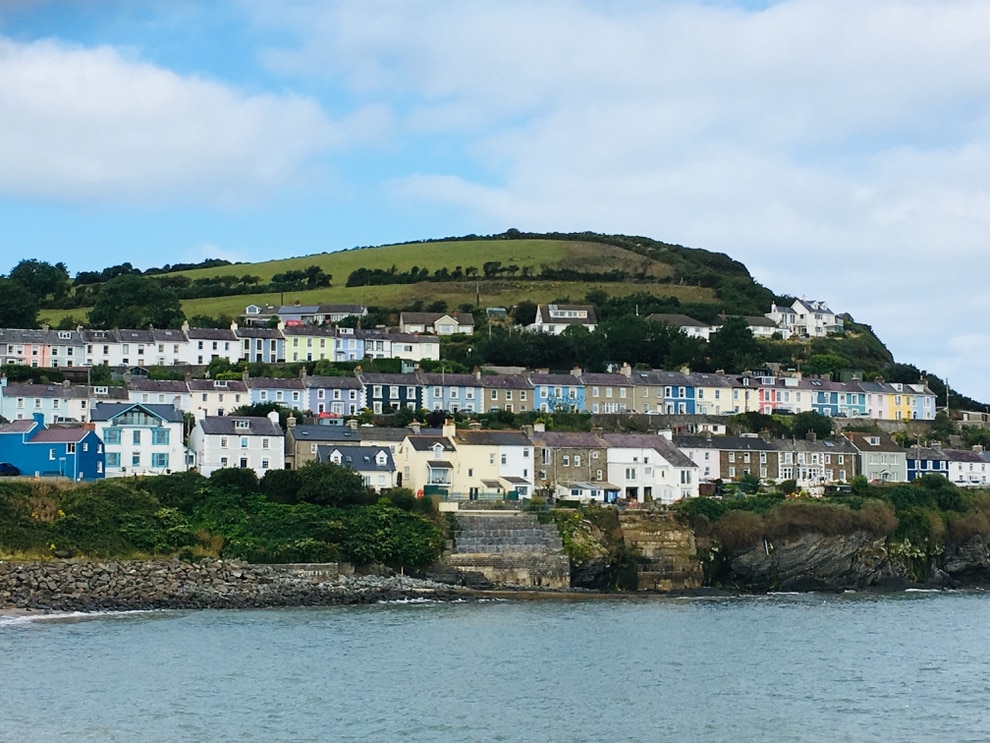 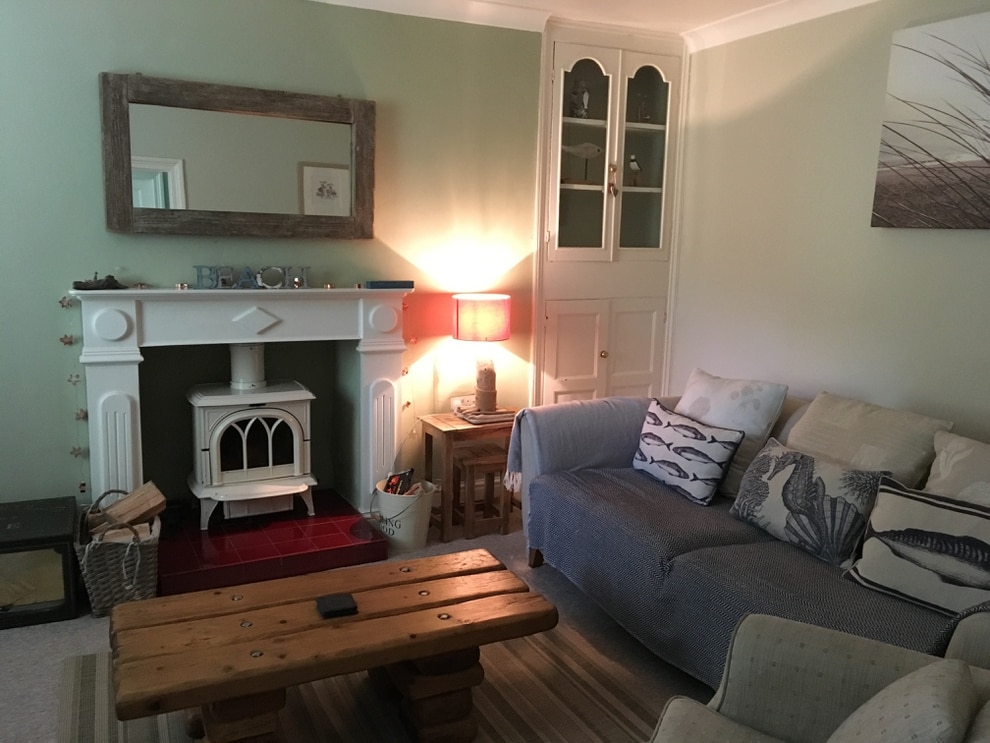 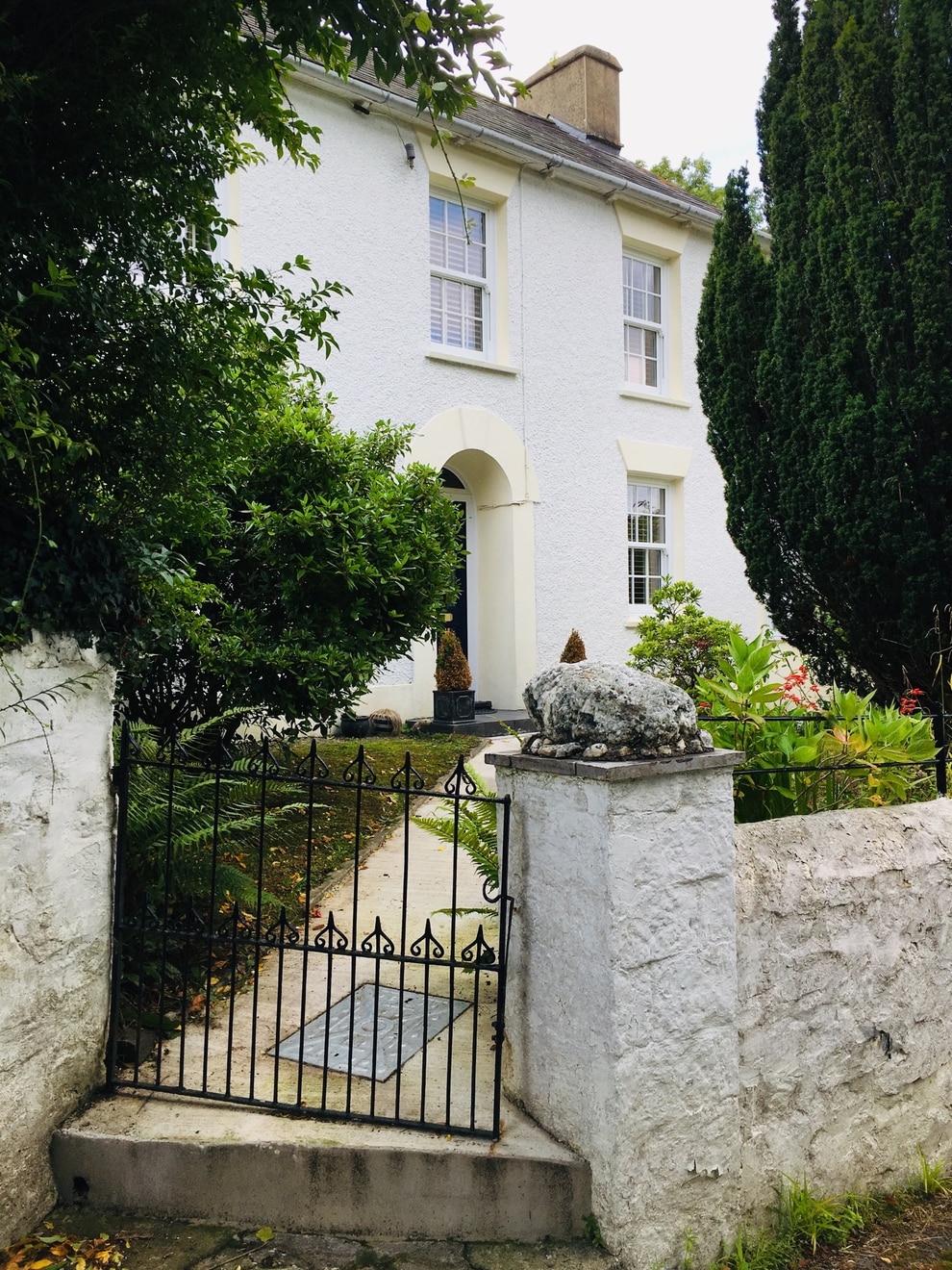 The secret beach of Cwm Soden 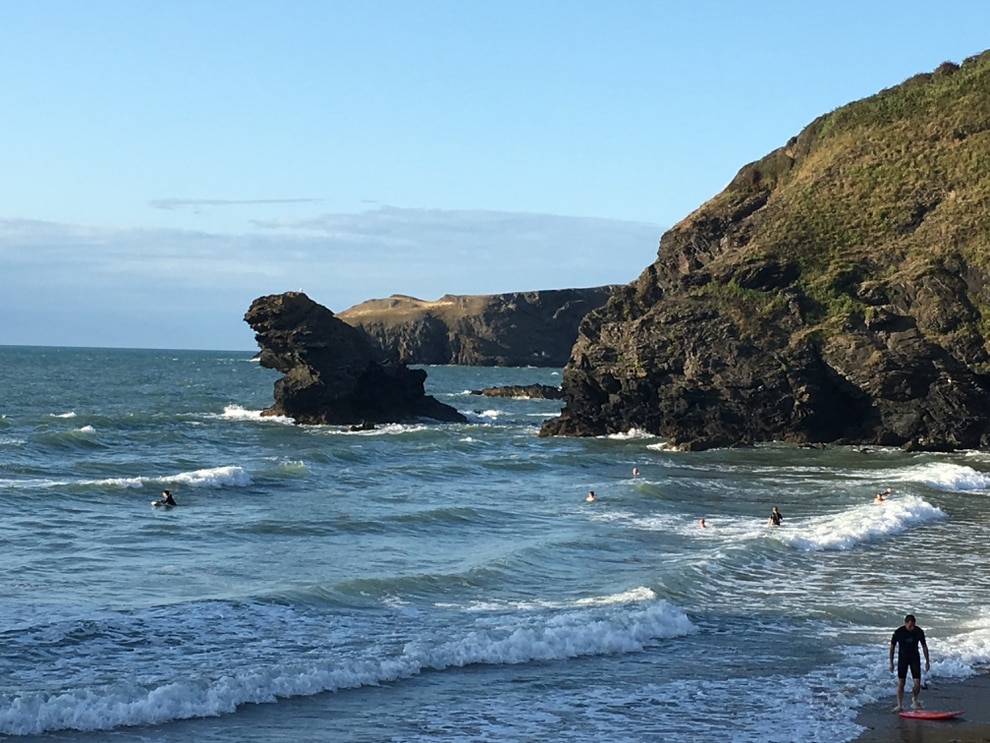 Hidden from view and accessible by only a narrow track which hugged the hillside before plunging to the beach below, Cwm Soden is a little slice of secret heaven.

Down the coast from the bustling seaside town of Newquay and only four miles from the pretty bay at Llangrannog, Cwm Soden was worth the hour long trek through bracken and fern, past meadows teeming with butterflies and under centuries old trees.

It was virtually on the doorstep of our base for the week - Brynsiloh at Nanternis.

The beautiful three bedroom house gave us a very warm welcome when we arrived on a blustery summer's day.

Gardens stretched to the side and back which allowed our dogs to run off their cramped quarters which had seen them make the two-and-a-half hour journey from Shropshire.

The house had everything you could need, from a fully stocked DVD library, to a kitchen with every utensil possible. The living room was comfortable with a woodburner and squashy sofas and the bedrooms were dreamy. The large family bathroom had a luxury walk-in shower and a bath tub big enough for all the family.

We have visited West Wales on many occasions and have never been disappointed. Ok, the weather can be hit and miss but the area and its people make up for it over and over again.

If you want busy, head for the beaches of New Quay. Here you can try out paddleboards, go sea fishing or just watch the dolphins play in the waters below the harbour wall. And if you get a bit peckish try out The Lime Crab for the best fish and chips, Penlon on the Beach for pizzas and its famous Heather Honey Golden Ale, The Bluebell Deli for olives and cheese and Bosun's Locker for a cream tea. Not to be missed is Creme Pen Cai - serving quite possibly the best ice cream in Wales: freshly made every day there are dozens of flavours to chose from so it would be rude not to try a few.

Rumoured to be the setting for Dylan Thomas's Under Milk Wood, New Quay is perfect for those of all ages - children will love playing on its clean sandy beaches at Harbour and Dolau while adults can kick back and chill.

Further along the coast is the National Trust beach of Cwmtydu where seals come ashore to pup each spring, Tresaith and Penbryn, the beautiful sands of which were used as a backdrop in a James Bond film.

Llangrannog, lies in the narrow valley of the little River Hawen, which falls as a waterfall near the middle of the village. By the beach there is a shop, two pubs - The Ship and the Pentre Arms, the Beach Hut fish and chip takeaway which serves a mean Tartare sauce and the Caffi Patio, renowned for its' ice creams.

It is hard to pick your favourite beach when there are so many to chose from but ours was Aberporth.

In the 16th century, Aberporth was a subsidiary landing point for the port of Cardigan. Boats, nets and salt for preserving were brought in from Ireland. Now the two beaches, which are covered in fine golden sand, are a magnet for families due to the safety of the water. It is beautiful and the perfect place to while away an afternoon. And if sand is not your thing you can enjoy a pint at The Ship which overlooks the beach, try an ice cream or some fish and chips or make your way to the other side of the beach and enjoy a coffee and panini at the Cwtch Cafe.

Living with two adrenaline junkies meant that by day three they were chomping to take to the hills and on to their bikes. Just 28 miles away is Brechfa Forest and it was here they were able to take to the red and black trails, one named The Raven said to be one of the hardest rides in the country. While they spent their time thundering through mud and water, I visited Cenarth Waterfalls near Newcastle Emlyn. You can enjoy a relaxing walk along the banks while the waters froth below you. Otters have been spotted on the banks and there is wildlife in abundance.

Making my way home I stopped off at the studio of renowned Welsh artist Helen Elliott. While I couldn't afford one of her pieces it was lovely to be able to wander around her gallery, glimpse the works in progress and dream of winning the Lottery.

If you want a bit of culture head for Llanerchaeron, just outside the pretty harbour town of Aberaeron. This beautiful National Trust estate has a farm, Georgian villa, and is set in the wooded Aeron valley with walled gardens and lake.

West Wales is easy to get to from the Shropshire and the West Midlands. To break the journey you can stop off midway at Bwlch Nant y Arian, home to hundreds of Red Kites. These stunning birds have been brought back from the brink of extinction and now, each afternoon, are fed as they drop from the skies and swoop over the lake. There is also a great cafe and pump track for BMX and dirt bike riders.

*Brynsiloh is available for rent from Sykes Cottages from £338 for seven nights - sykescottages.co.uk

On the road again: Staycations a hit among holiday makers 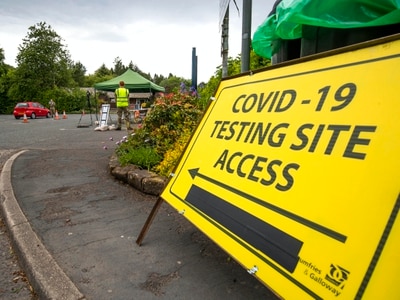