For many people a break wouldn't be a proper getaway unless it was by water, or even on it. 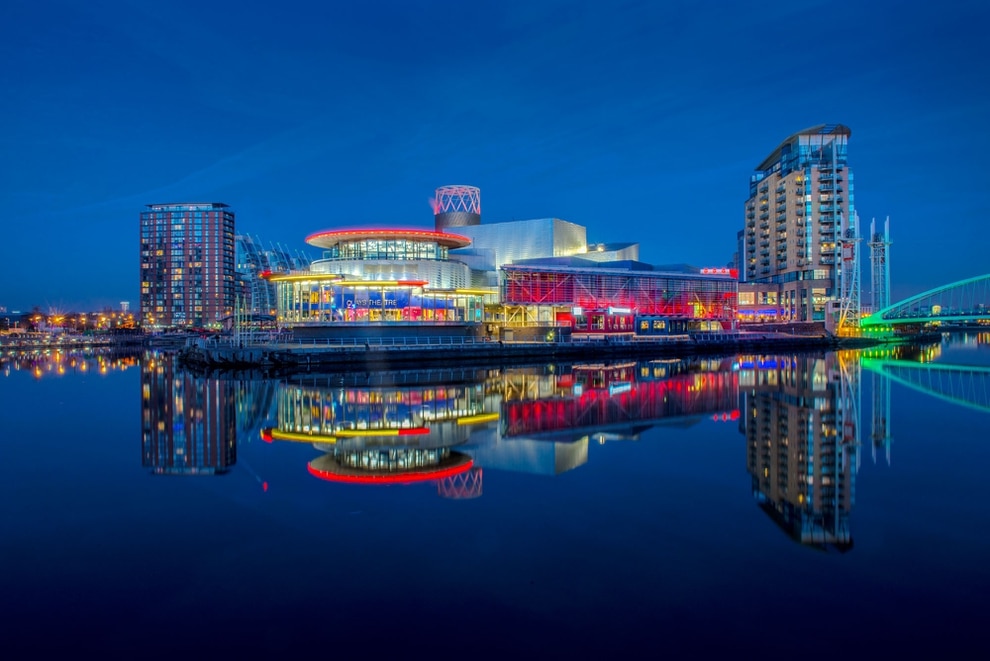 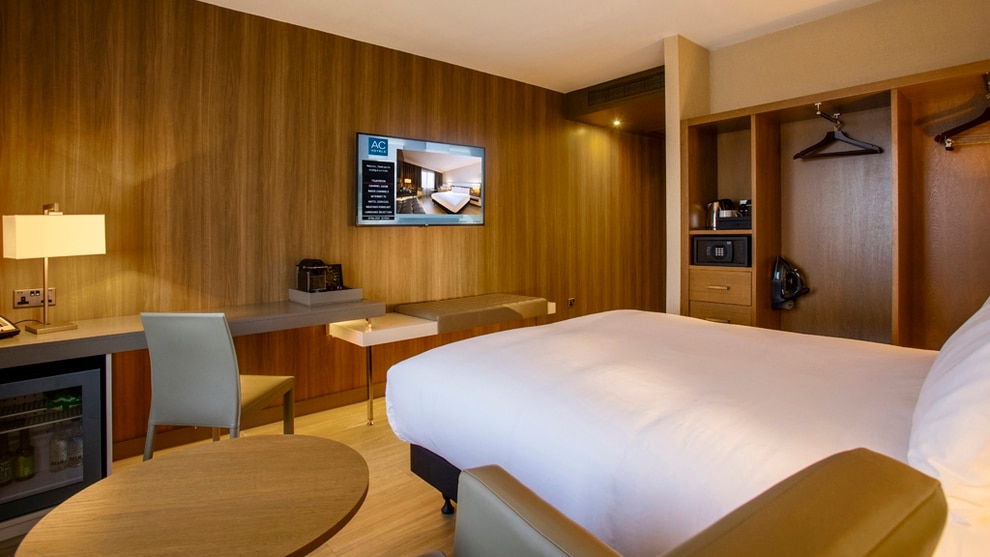 A room at the AC Hotel by Marriott 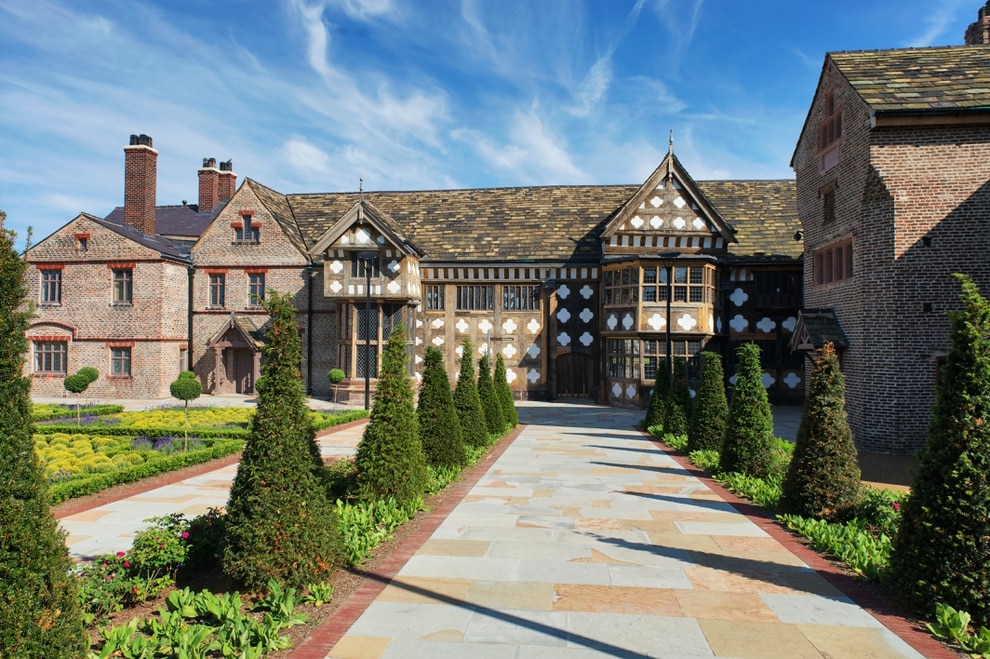 The bar at AC Hotel by Marriott 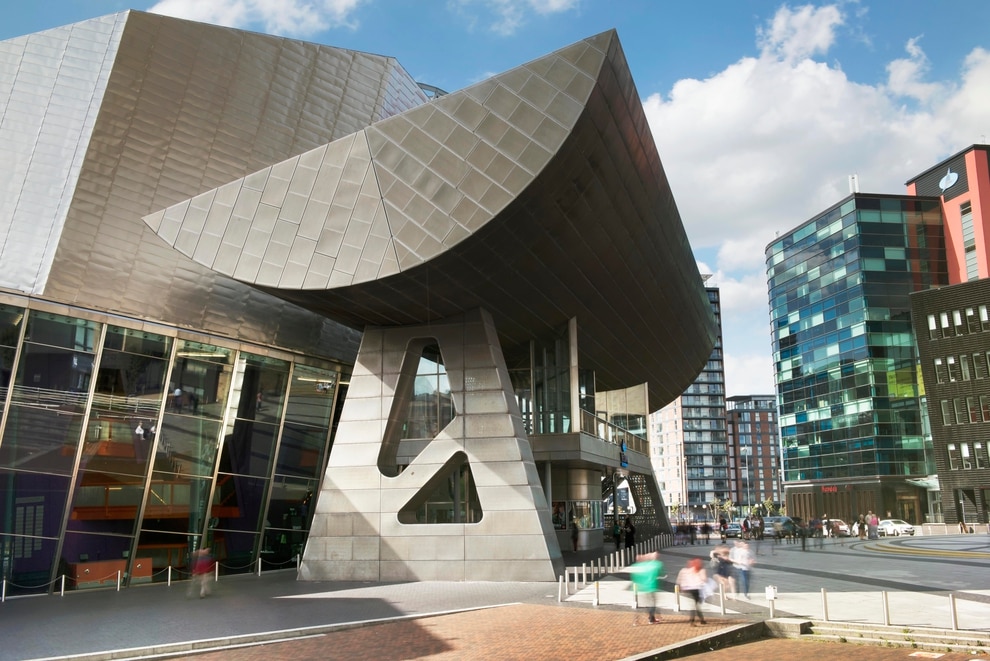 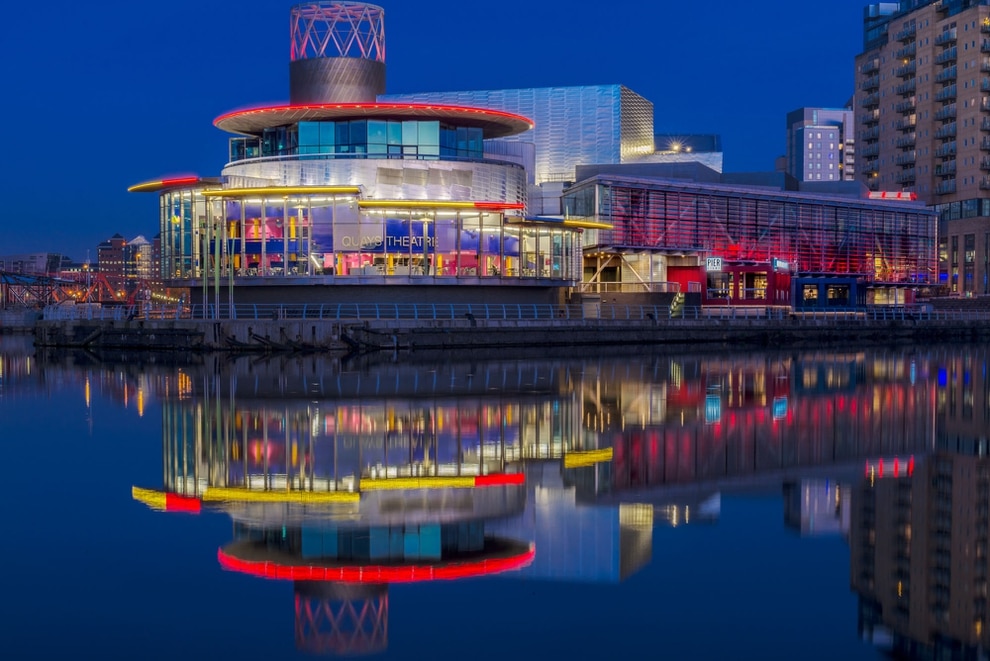 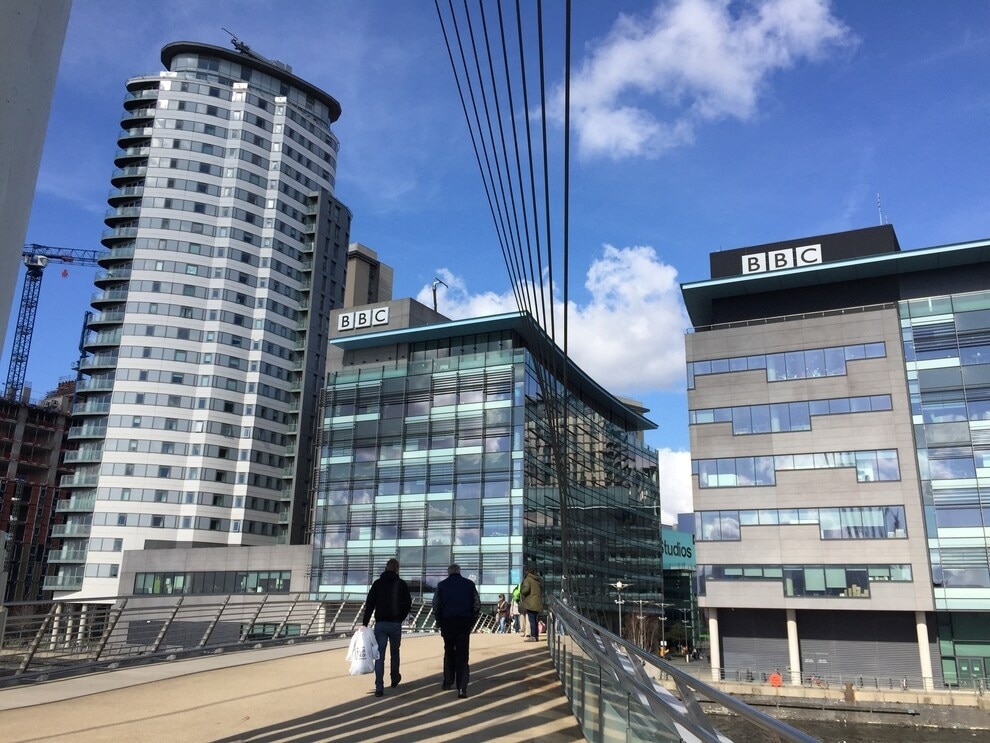 Just 15 minutes from the bustling centre of Manchester, Salford Quays will hit the spot for such travellers (I'm one of them!), a waterfront destination that combines a whole host of leisure activities within one square mile, while for sports fans it's a mere stone's throw from Old Trafford, both football and cricket (although I preferred a trip to the Etihad to watch City!).

During a short break we stayed at the four-star AC Hotel by Marriott in Salford Quays, a contemporary 160-room budget hotel with dining facilities and a gym. Our modern Superior Room included air conditioning, free wi-fi, a very welcome Nespresso coffee maker and an LG flat screen TV. We opted for the help-yourself breakfast buffet too.

You can pack in an awful lot in a short few days at Salford Quays, which is a proper community, with canalside properties and luxury apartments - home to some of the city's superstar footballers - among the futuristic landcape.

The Quays is home to MediaCityUK, a tourist destination in itself, with both the BBC and ITV broadcasting from their hi-tech studios there and where the streets of Weatherfield are opened up at weekends for fans to walk down on the Coronation Street tour.

If live theatre is your thing then the Lowry Theatre presents a dramatic silhouette on the water's edge, with a year-long programme of theatre, music and exhibitions, including the world’s largest public collection of paintings and drawings by LS Lowry. For pre or post-theatre drinks and meals there are a whole host of bars and restaurants, inlcuding the Alchemist cocktail bar, with a huge varierty of tipples to treat yourself to.

We enjoyed a meal at the Lime bar and restaurant, on the steps of the Lowry Outlet Mall, which is in itself a big draw for shoppers. Lime is a copper-clad, vibrant, dining and drinking venue, open all day and serving brunch, lunch and dinner, with dishes cooked from scratch using locally-sourced produce. It even has its own craft beers brewed locally.

We settled into a private booth that could easily have catered for six people, and, served by the friendliest waitresses imaginable, tucked into starters of butternut and carrot soup and panko-crusted brie, followed by a sirloin with bearnaise sauce and a creamy mushroom and spinach penne dish - all washed down with a lovely mellow bottle of merlot.

History buffs are well served at Salford Quays, with the Imperial War Museum North telling the human stories behind over a century of conflict in an award-winning immersive experience.

And just a few minutes walk away is the gorgeous Ordsall Hall manor house. First mentioned in records in 1177, it stands somewhat incongruously as a Tudor beacon among all the modern developments but will whisk you back in time in an instant, with a whole host of events throughout the year, including Shakespeare in the gardens, guided tours, concerts, workshops and talks. It's open Monday to Thursday and on Sunday afternoon - when we passed by on a Saturday afternoon it had been taken over by a glamorous oriental wedding party.

If you really want to slow things down you can unwind on a three-hour cruise into the historic heart of Manchester on a boat cruise which takes in the Bridgewater Canal, River Irwell and Manchester Ship Canal. On match days you can even take a barge to Old Trafford!

Salford Quays is connected to Manchester city centre by the Eccles Line of the Manchester Metrolink. Trams operate every six minutes throughout the day, except the MediaCityUK tram stop which is every 12 minutes.

All in all it has its own unique atmosphere - a city getaway where you can have as lively or as quiet a time as you prefer.

Ian stayed at the AC Hotel by Marriott in Salford Quays, with rooms from £89 - visit marriott.co.uk/hotels/travel/manac-ac-hotel-manchester-salford-quays

Spooky time as Drayton Manor counts down to Halloween