Shrewsbury v Accrington preview: Now Stanley are known to all as difficult hosts

Accrington Stanley used to be known for milk – now they are renowned as a difficult place to get a result in League One. Defender Omar Beckles, back in the Shrewsbury side for the injured Ro-Shaun Williams, knows Accrington will be a difficult place to go (AMA) 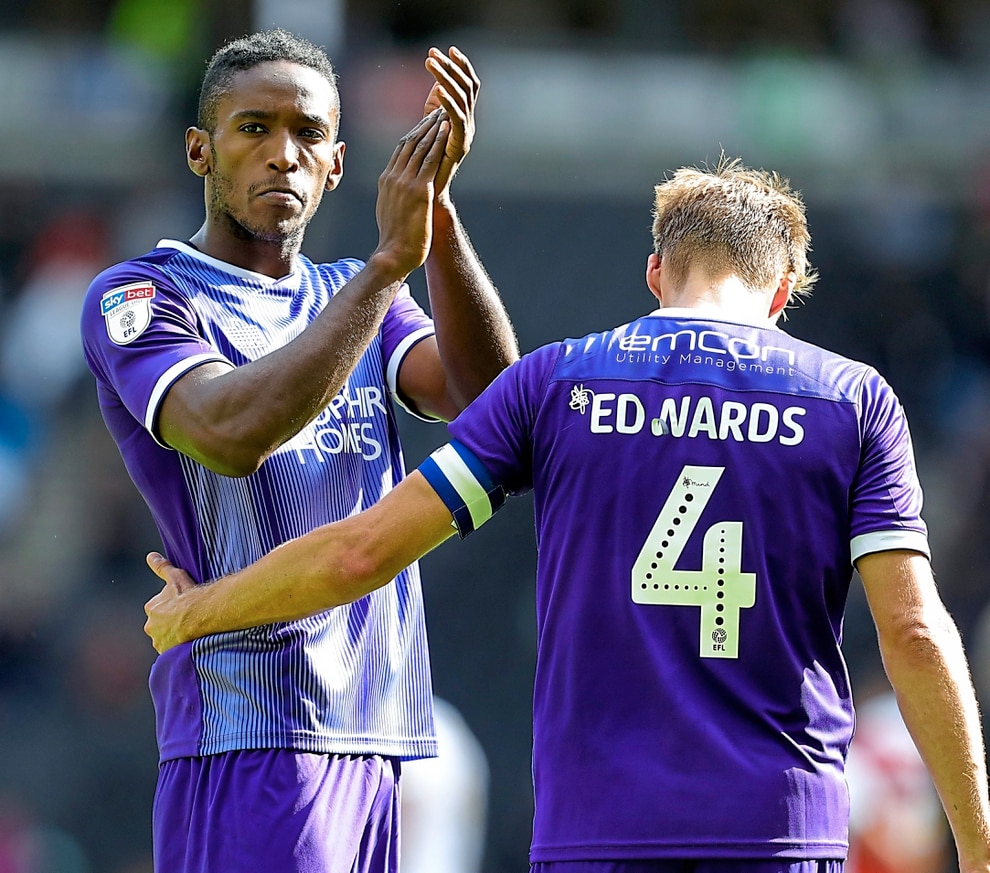 Defender Omar Beckles, back in the Shrewsbury side for the injured Ro-Shaun Williams, knows Accrington will be a difficult place to go (AMA)

Nobody of a Shrewsbury persuasion knows this better than Omar Beckles, who joined Town from Stanley, albeit after a season in League Two with John Coleman’s men, writes Lewis Cox.

Coleman has since guided his ranks to a League Two promotion and a 14th-placed League One finish last season – a rollercoaster campaign that featured a stunning start and worrying dip.

The manager’s blend of belief, determination and grit built a team spirit that has downed many a bigger rival.

Town boss Sam Ricketts believes any team that picks up a result at Wham Stadium will have worked hard for it. Beckles concurs – he even thinks there is a ‘stigma’ attached with midweek trips to Stanley.

Their ground is small and tight. The 5,450 capacity seats just 3,100. It is an unglamorous trip and venue. It is not quite the Stadium of Light, Fratton Park or Stadium MK.

For a while in the Premier League it was a midweek trip to Stoke that sent shivers down the spine, even on the warmest of evenings. In the third tier, it’s this particular trip to Lancashire.

“They are underdogs and it’s always boded well for them,” said defender Beckles, 27. “They use it to their advantage. When you get a lot of unproven lads they tend to do pretty well. We did a couple of seasons ago.

“They’ve got a strong belief in the way they play. Their gaffer believes in it. He has confidence in a way they do things.

“He was a really good manager and was class with me. When I came he pushed me on and gave me games, got the best out of me. I’m ever-grateful, as it was my first time playing football in the league.”

Asked if they were known down in London, where Beckles was raised, he laughed: “I’d heard of the advert, but other than that nah, never heard of them.”

Stanley’s fans will be up for the occasion, their first home match of the League One season. The visiting players may not be as keen, but Beckles insists they have to be.

“It’s all anyone ever talks about whenever you go away (there). It puts you in a negative mindset already. I’ve been there and even the home dressing rooms at times weren’t great,” he added.

“It’s nothing new to me, I’ve been non-league for most of my career so it doesn’t faze me. I think we’ve got a good bunch of lads, some have experienced it.

“On a Tuesday night there’s a massive stigma about going there, with it raining, a long journey – it’s probably the furthest north a lot of players have been – and the changing rooms aren’t the best, the showers aren’t hot.

“We’re still hoping to go there and get three points. If we were to step away from there with a draw and get a win after, I think you can say it wasn’t a bad point, because I don’t see many teams going there and getting three points, as much as people say ‘oh it’s Accrington’.”

Shrewsbury Town 1 Doncaster 0 - As it happened