House prices have jumped in Telford, and an industry expert has said the rises are partly due to the Brexit referendum.

Figures for April show that Telford & Wrekin has seen average house prices rise by 6.4 per cent on the previous year, to £170,358 – well above the UK average increase of 1.4 per cent.

Jo Culley, managing director at DB Roberts, which has offices across the region, including at Shrewsbury, Shifnal, and Telford, said: "Certainly in the last 12 months there has been a lack of general supply of property onto the market. If you have more buyers than sellers then it forces prices up.

"That is probably the simple reason for any price increase the market might have seen."

Mrs Culley said that there had been a reduction in the number of people looking to sell their homes in the wake of the EU referendum.

She said: "I think we have been a little reluctant, in a Brexit landscape, to move for the sake of moving.

"Most of the people instructing us to sell since Brexit have been doing so because they have to move, not because they want to."

Tony Morris-Eyton, head of office for Savills in the West Midlands, said he believed part of the increase was down to natural correction in the market.

He said: "House values in the South rose significantly greater than our part of the world and part of this is a catching up process. The differential between us and particularly the South is beginning to narrow."

In the West Midlands the rise was ahead of the national average at 2.2 per cent with the average house price in the region reaching £195,498.

The average UK house price was £229,000 in April, according to the figures released jointly by the Office for National Statistics, Land Registry and other bodies.

Nationally property values increased by 0.7 per cent month on month.

In England, the East Midlands saw the strongest annual house price growth in April, with a 2.9 per cent increase.

ONS head of inflation Mike Hardie said: "Annual house price growth remained subdued but was strong in Wales, which showed a pronounced increase on the month.

"In London, house prices continued to fall over the year but rental price growth there strengthened."

Jamie Durham, an economist at PwC, said: "The house price growth story is split between the South East and the rest of the country... While prices are falling in the South East, prices elsewhere are growing."

Howard Archer, chief economic adviser at the EY Item Club, said: "The ONS data do little to change the overall impression that the housing market is still finding life challenging as buyer caution amid still relatively challenging conditions is being reinforced by Brexit, political and economic uncertainties - although there are significant variations across regions with the overall picture being dragged down by the weakness in London and the South East."

Jonathan Harris, director of mortgage broker Anderson Harris, said: "There is still a significant premium to pay to buy property in London and the South East, with first-time buyers increasingly having to call upon the 'Bank of Mum and Dad' for help with the deposit."

Gareth Lewis, commercial director of property lender MT Finance, said: "House price growth is picking up outside of London and the South East, which is encouraging as it creates more balance to the country as a whole, although London prices still remain at a premium.

"Hotspots for investors include Middlesbrough, Nottingham, Newcastle and university areas, where the transactional flow has greatly increased as investors chase yield.

"Values are therefore creeping up in response to greater demand for property in those areas." 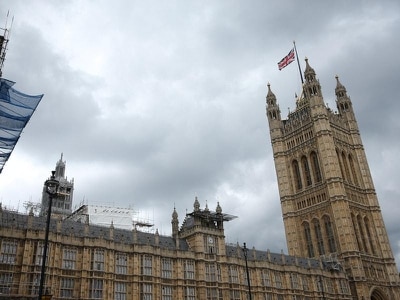