Burglaries have plummeted across Shropshire this year, with the coronavirus lockdown limiting opportunities for criminals to strike.

The number of break-ins fell by almost half in some areas including Shropshire, and Telford & Wrekin in the year to June. The lockdown resulted in a dramatic drop in crime across the region.

But police chiefs have warned that crime levels are now beginning to return towards normal.

New figures showed there were 175 burglaries in the county in June 2020, compared to 227 in June 2019, while in Mid Wales there were 124 bike thefts over a similar period.

The figures were provided by parliamentary constituency area and present a picture of falling crime rates across the region this year, which police have confirmed.

West Mercia Police and Crime Commissioner John Campion said: “Burglaries have been reducing for a number of years in West Mercia. I have made a significant investment in crime prevention initiatives, and the sustained reduction can be attributed to these initiatives.

"The introduction of Rural and Business Officers, the We Don’t Buy Crime initiative and the roll out of Smartwater have all played their part in reducing incidences of acquisitive crimes.”

“The reduction in crime during the lockdown period is due to a lack of opportunity for criminality, but this is a very small part of the picture.”

“The investment I have made into preventing crime has had a sustained and positive impact and I will continue to invest in crime prevention initiatives to keep West Mercia’s communities safe.”

The dip experienced in the region was replicated across the country as lockdown meant most people were confined to their homes, while there was fewer reasons for criminals to be out on the streets as committing crimes became riskier.

However, it does show that hundreds of burglaries still took place despite the restrictions.

West Mercia Police's Chief Inspector Graham Preece said: “We are pleased to see a reduction in the number of burglaries that have taken place both commercially and at homes across Shropshire and Telford between march and July this year compared to 2019.

“Throughout this pandemic our officers have continued to patrol and attend incidents with the necessary precautions. The force has been proactive in working to prevent burglary, offering advice to the community on how to secure their homes and property and our efforts with the We Don’t buy Crime, initiative have continued. In this we continue to encourage the use of crime prevention technologies such as property marking kits, and to register items of value with The NMPR (National Mobile Property Register).

“The 30 per cent reduction in burglaries is the result of a host of reasons and activities, including the changes in lifestyles during the COVID19, “lockdown”.

“Our staff and officers work tirelessly to ensure Shropshire is a safe place to live and work. With our dedicated work continuing, and heightened crime prevention activities by property owners, we hope to see a decline in burglaries even once the restrictions are lifted.”

In Mid Wales, Dyfed-Powys Police recorded 124 bike thefts which is the lowest rate for any police force in England, Wales and Northern Ireland from July 2019 to June 2020.

Greg Wilson, founder of insurance comparison provider Quotezone.co.uk, which carried out the research, said: “It won’t come as a surprise to learn that 2020 has seen a significant fall in the number of burglaries.

“The lockdown and work-from-home orders have served as a significant deterrent.

"The situation has helped to reduce the total number of break-ins by almost 10,000 year-on-year.

“However, the fact that almost 20,000 burglaries still happened each month during lockdown, even when the Government’s most stringent quarantine measures were in place, highlights that break-ins remain a very real risk for homeowners and tenants alike.” 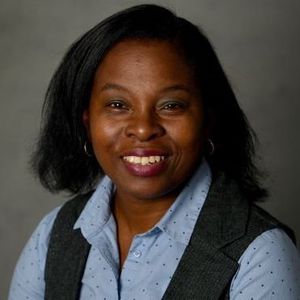 Rail fares to fluctuate based on demand in trial scheme

Death toll from earthquake that hit Turkey and Syria rises to more than 4,000