Shropshire beer is crowned best in the world

A beer brewed by a Shrewsbury brewery has been named as the best in the world.

Beers from all over the world enter the IBC, with entries received from no fewer than 39 countries, including acknowledged brewing heartlands and representations from advancing beer countries.

Paper Planes was one of over 850 beers to enter the competition. It was first judged trophy winner for best ale up to 5% and then beat all other category winners to win the Supreme Champion.

Jeff Evans, chairman of the International Beer Challenge, said: “We have some of the shrewdest beer judges in the land - retailers, importers, publicans, brewers, writers and flavour analysists. The judging process is rigorous, unrivalled and our approach is much respected among our panel of judges.

"The judges were hugely impressed, as always, with the quality of the beers that reached the gold standard. Choosing the Supreme Champion beer was not an easy thing to do.

“There was a full and frank discussion, and it was great to see – when the results were revealed – such a variety of beers from different countries claiming the trophies.

“Congratulations to all the trophy winners, and particularly to Salopian Brewery, deserving winners of the Supreme Champion award.”

Salopian Brewery’s Paper Planes is hopped with Citra, Mosaic and Nelson Sauvin and judges were dazzled with 'its enticing nose, complexity of flavours and balanced, bitter finish'.

MD of Salopian Brewery, Wilf Nelson, said he was over the moon to see one of his beers fly away with such a prestigious award and thanked the dedication and hard work of all the team at the brewery. 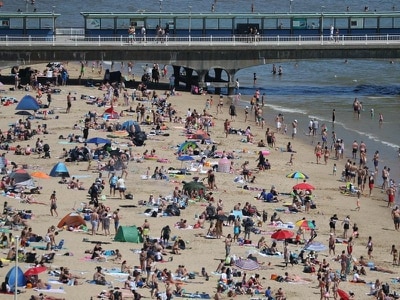