Thrills and spills thousands of feet up are just part of the routine for skydivers Anna Hicks and Sian Stokes.

Both flew out to the United Arab Emirates to work alongside Tom Cruise on Mission Impossible Six.

And now the pair from Shropshire are both world champions, having taken the crown at the Skydiving World Championships held in Arizona last month.

The last time the UK won a World Championship in any Skydiving discipline was in 2008, making their achievement even more impressive.

Anna said: “I did 16 years in the army as a doctor and now work as a freelance GP.

“Sian works as a full-time instructor and coach and we both were lucky enough to work on Mission Impossible Six with Tom Cruise in the United Arab Emirates.”

The group flew out to Arizona on October 14, before the competition started on October 21.

Teams competing in the world championships in Arizona had to complete four jumps every day over four days, before the winner was crowned on October 26.

Competitive skydiving comprises several disciplines, each requiring skill and precision, four-way consists of four competitors plus a camera flyer, who flies above the team to record the action for judging. A combination of formations are drawn at random from a pre-determined list and competitors must repeat the sequence as many times as possible, with each formation scoring one point.

Anna said: “We competed in the world cup in Bosnia in 2013 where we got bronze with our previous team. In 2015 the team name and roster changed, Sian rejoined in 2018 and has been with us ever since.

“We won the Indoor Skydiving World Cup in 2018 in a wind tunnel in Bahrain and are hoping to win the Indoor World Championship next April in Slovakia.”

The team trained extremely hard in anticipation of their win, taking part in 530 training jumps since January, mainly in Catalonia, Spain.

Anna said: “Our lineup is excellent and the team dynamic is so important. We all get on really well and we are incredibly motivated.”

“We have chucked a huge amount of money into it, putting forward £120k between the five of us with some sponsorships.

“I got into it after watching the film Point Break, I remember thinking “that looks cool”. I love the teamwork of the sport, the excitement and the bonkers aspect of it.”

More information on the team can be found at nftoskydiving.co.uk. 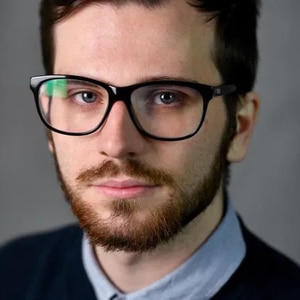 Matt Maher: Regulator? The Premier League can afford one

How will the latest rail strikes affect each train operator?