Children airlifted to hospital as seven hurt in A483 crash

Four children and three adults have been injured in a serious crash at a notorious junction on the A483.

A boy and a girl were airlifted to Alder Hey children's hospital in Liverpool with "potentially serious injuries" after the two-car collision at Llynclys Crossroads, halfway between Llanymynech and Oswestry, at around 10.30am.

The remaining five casualties - a boy, girl, two men and a woman - were taken to Royal Shrewsbury Hospital with less serious injuries.

The A483, which is popular with holidaymakers heading to the Welsh coast, was closed until around 3.30pm as a result.

The full extent of any injuries is not yet known but West Midlands Ambulance Service spokesman Murray McGregor described them as "potentially serious".

Interactive map of the area:

Two air ambulances were sent to the scene along with four land ambulances, police officers and firefighters, who had to cut the door off one of the cars involved.

Mr McGregor added: "One car had side damage, the other had front-end damage.

"There are a total of seven patients - four children and three adults.

"We've got four ambulances there and a Midlands Air Ambulance from Cosford and Staffordshire.

"We are airlifting two children to Alder Hey in Liverpool. The other five patients will be going to Royal Shrewsbury Hospital."

Despite a 40mph speed limit being introduced in 2013 there are still regularly crashes at the crossroads, where the A495 and B4396 meet the A483 next to the White Lion pub.

Nearly 1,000 people have signed a petition calling for traffic lights to be installed at the junction.

In March there were two serious crashes within three days at the crossroads while the road was also shut following a crash in April.

A Shropshire Fire Service spokesman said: "Four appliances including the rescue tender were mobilised from Ellesmere, Oswestry and Wellington. An operations officer was in attendance.

"Crews used cutters and spreaders to deal with the incident."

The stories behind our best-known statues 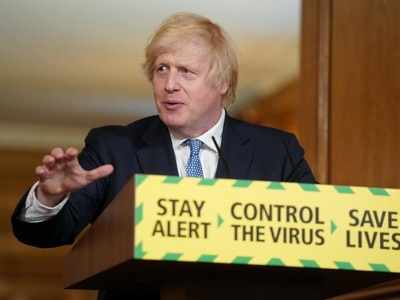