Actress Lorrie Brown returns to Shrewsbury later this year with her show Sincerely Yours - a tribute to Vera Lynn.

She last performed at Theatre Severn in 2017 during her 50 date tour to mark the 100th birthday of Dame Vera Lynn.

Since then she has since been in touch with Dame Vera and received the Music Industry Award for her work at the National Tribute Industry Awards.

"It was such a wonderful surprise, I have been performing my show for 28yrs now and met many great people and performed in some wonderful venues but to be recognised by the industry was the icing on the cake," Lorrie said.

"What made it even more special was that Dame Vera recorded a personal message which was played to the audience before I went up to collect my award. In it she thanked me for keeping the memory alive of her music and invited everyone to join her in congratulating me. I was overwhelmed I almost forgot to go up on stage to collect the award."

The show tells the story of a young Vera Lynn and how she became the legend that she is, featuring a live seven piece band and video links.

She added: "Colin was with the show for the full tour in 2017 and he is an amazing act who the audience love. He brings to life the songs of George Formby and we couldn’t imagine the show without him.

"After the tour Dame Vera told us she had heard many good things about the show and asked to see it, so we recorded a DVD for her to watch and we nervously sent it to her.

"Dame Vera said she thought the show was ‘superb’, which was both amazing and a huge relief to hear."

The show returns to Theatre Severn on November 13. 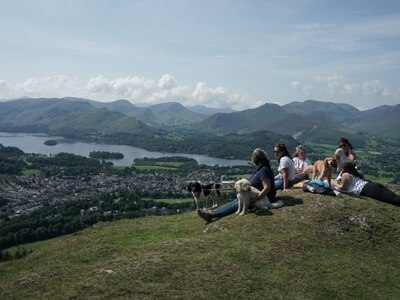