Left in a cupboard: Beatles autographs from famed Shropshire gig to go under the hammer

When a teenager asked four young lads in an unknown band to sign a scrap of paper 56 years ago, never in her wildest dreams did she think it would end up being worth thousands of pounds. 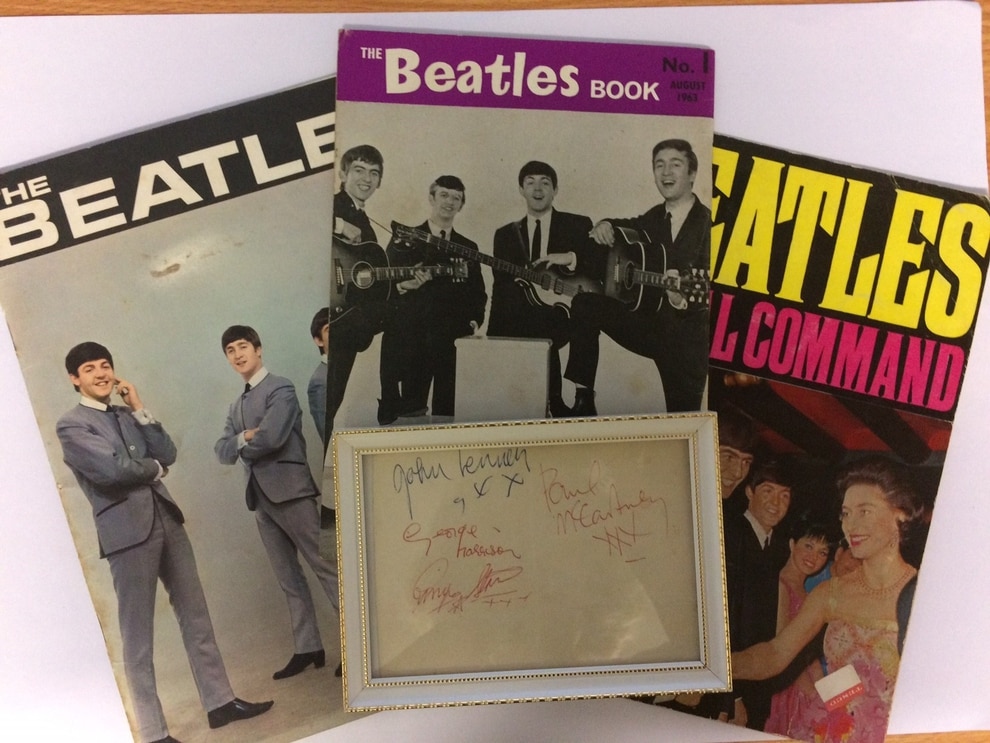 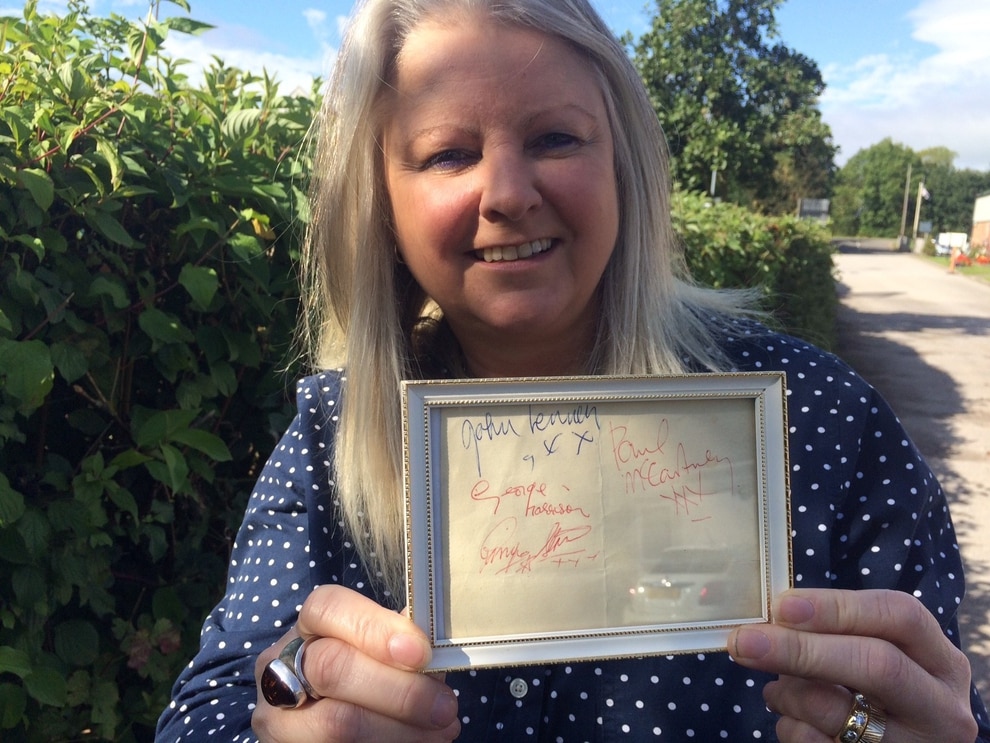 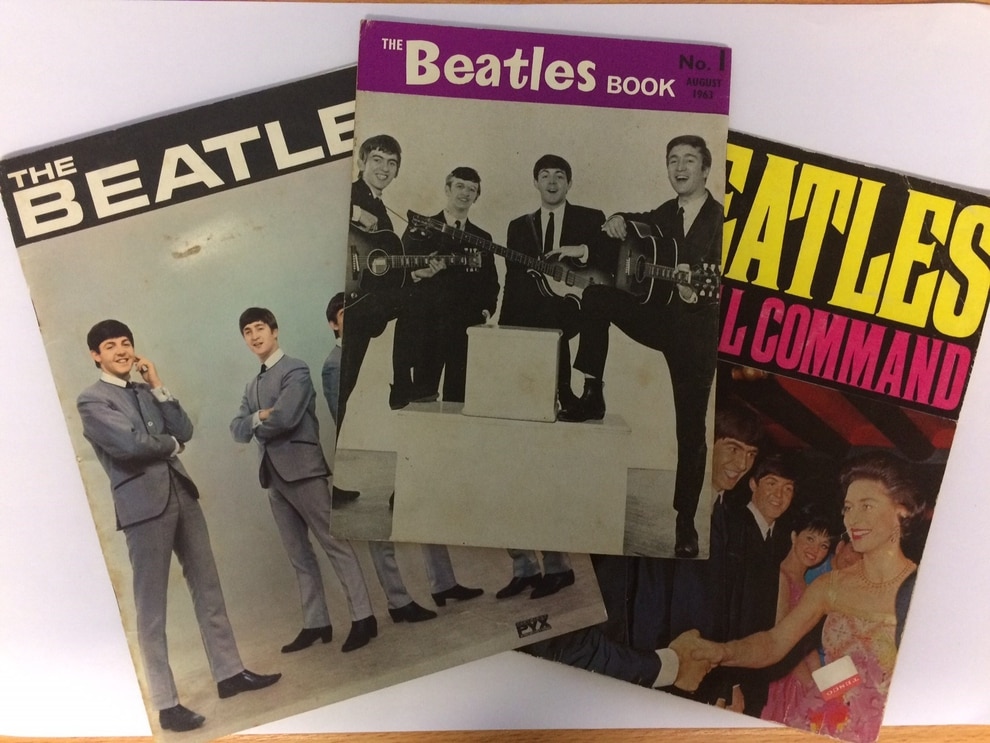 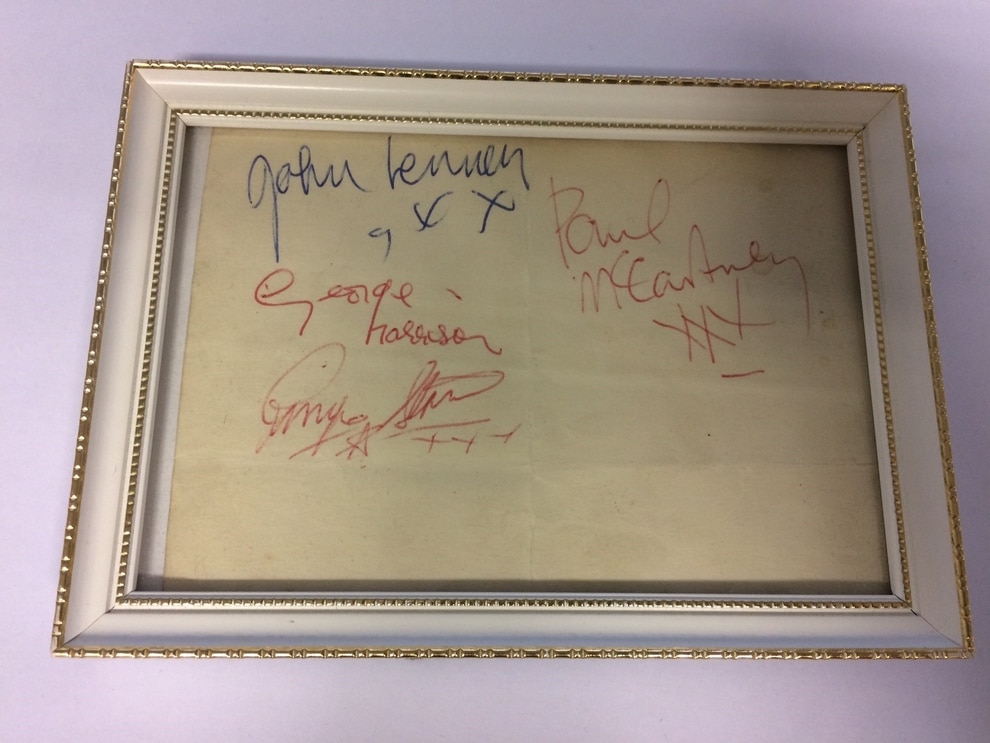 But those lads were The Beatles, now regarded as the most influential group of all time, and the signatures and kisses penned by John Lennon, Paul McCartney, George Harrison and Ringo Starr more than half a century ago – and stuck in a cupboard ever since – are set to go into Hansons Auctioneers’ Music Memorabilia sale in October with an estimate of £2,000 to £3,000.

The owner met the band at a gig at Whitchurch’s former Town Hall Ballroom on January 19, 1963 – the very night the Fab Four appeared on Saturday night TV show Thank Your Lucky Stars, an appearance which changed their fortunes.

Please Please Me had just been released as a single and fame and fortune were a whisker away.

But, just before Beatle-mania exploded, the band performed at a gig during one of the worst British winters on record – and hardly anyone turned up to.

The seller, now a 72-year-old retired secretary from Wrexham who did not wish to be named, said: “I went to see them on a bitterly cold night in January, 1963. I was living in Ellesmere, Shropshire, at the time. I was only 16 and still at school but I was allowed out with a group of friends as we knew the backing group.

“The Beatles were playing at the Town Hall Ballroom in Whitchurch. But hardly anyone was there. The room was pretty empty. There was no atmosphere. I’d heard of The Beatles but they weren’t well known at the time. I think the cold kept people away too. There was snow on the ground and the temperatures were sub-zero.

“Because there was so few people there, it was quite relaxed and we got to chat to The Beatles and ask for autographs. We spent about 15 minutes with them. I remember John Lennon plonking away on the piano after the gig. At the time I didn’t even know Ringo Starr’s name. They were all really nice to us.

“I asked Paul McCartney for his autograph and, as he wrote it, he said out loud, ‘to the most beautiful girl in the world, with all my love and affection’. I expect he said that to all the girls. He was only joking but it’s been my claim to fame ever since!

“It was just before The Beatles made it big. On the same day they performed Please Please Me on ITV’s Thank Your Lucky Stars. I saw them perform later on in the 60s but by then they were huge.

“I framed the autographs and put them away in a cupboard for 56 years. I was worried the names would fade if I left them in the light. I wasn’t sure how much the autographs were worth. I thought they might go down in value the longer I kept them.”

Claire Howell, music memorabilia specialist at Hansons, said: “It’s unusual to see an authentic set of full Beatles autographs from their early days. Ringo Starr only joined the band in 1962 following their formation in Liverpool in 1960.

“Our vendor got to see the band just before they became worldwide hot property. Their single Please Please Me was released in the UK on January 11, 1963, during one of the worst winters in British history. On January 19 – the day of the Whitchurch gig - most of the population were snowed-in at home watching the Beatles perform on Thank Your Lucky Stars.

“That national exposure led to them being booked for a series of national tours. The song got plenty of radio airtime and they soon made it to number one in the charts.

“On February 11, 1963, less than a month after our vendor went to that gig, the Beatles recorded their debut LP, Please Please Me. By 1964 the band were international stars. I think she can thank her lucky stars that she had the chance to meet them just before they became global superstars.”

The Beatles autographs from 1963 will be sold at Hansons Auctioneers in Etwall, Derbyshire, on October 22.