The half-time PA at Nethermoor Park played The Beatles’ ‘Magic Mystery Tour’, and Gavin Cowan’s Bucks could be embarking on another magical mystery tour of their own in this season’s Buildbase 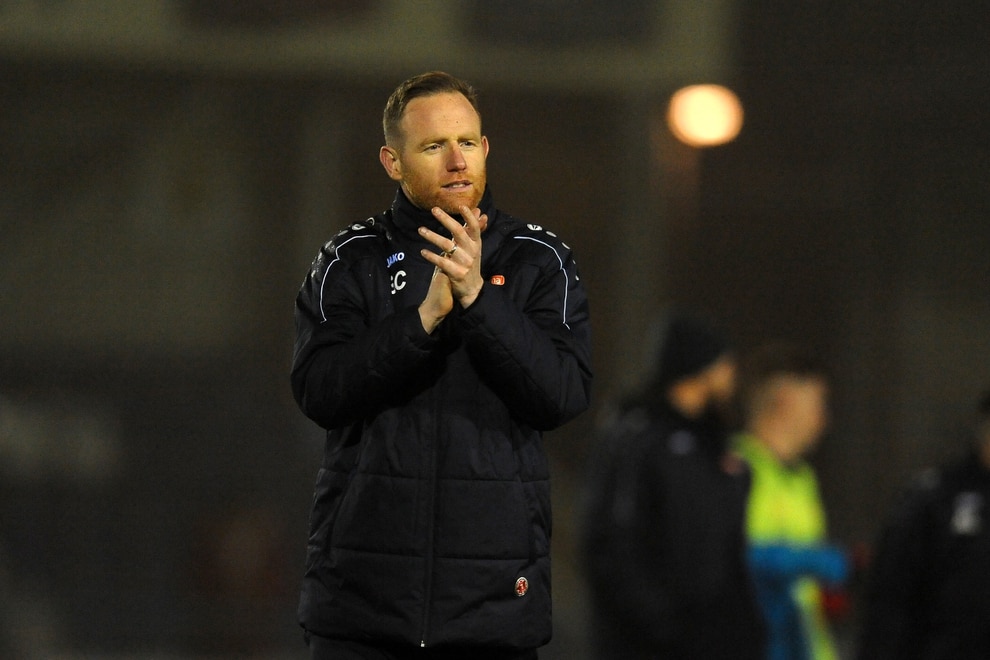 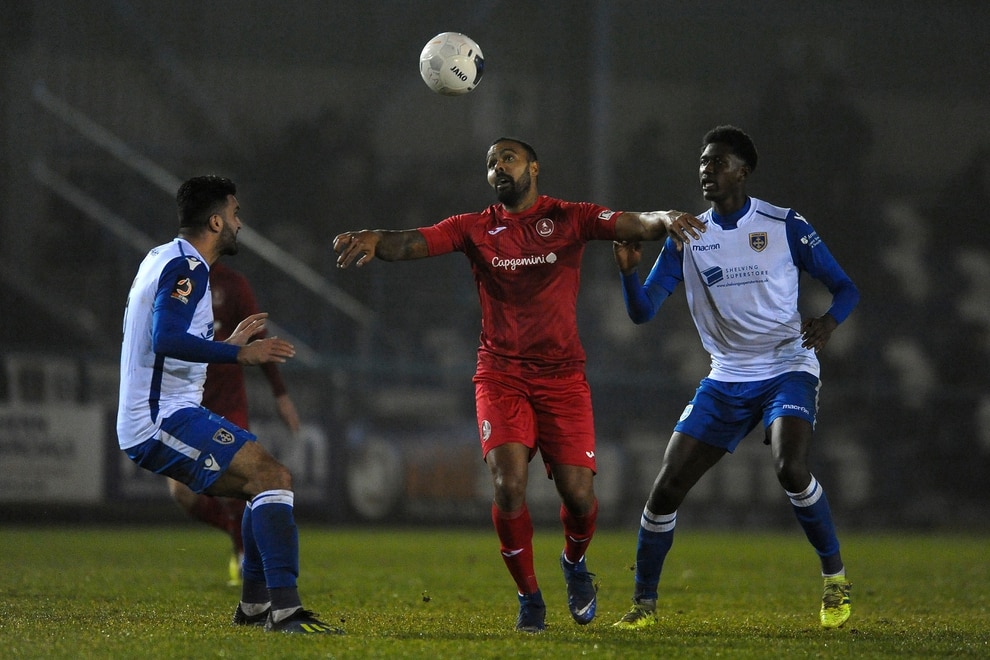 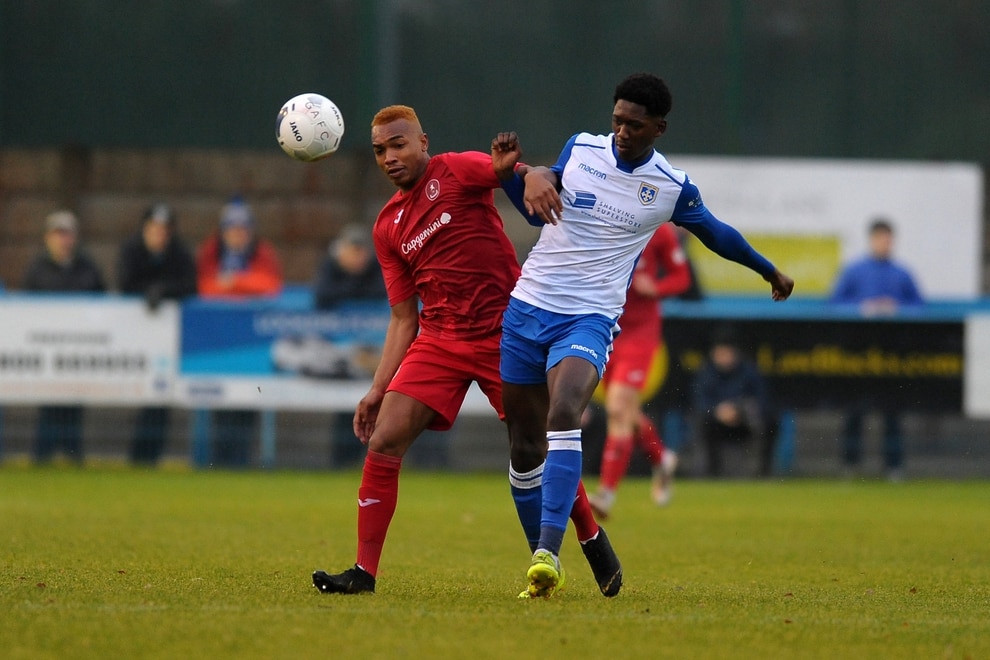 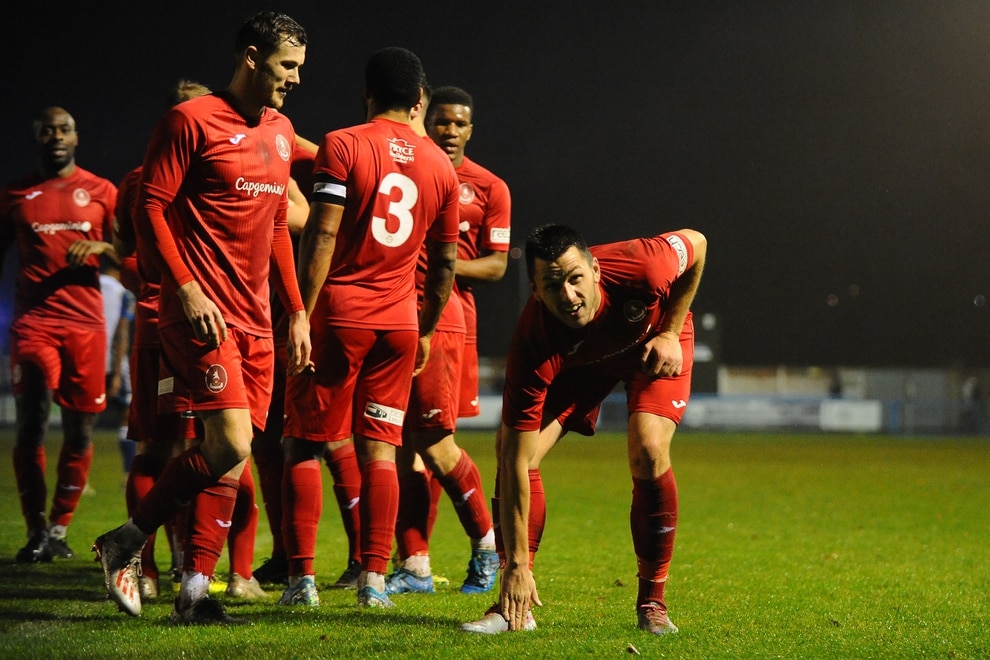 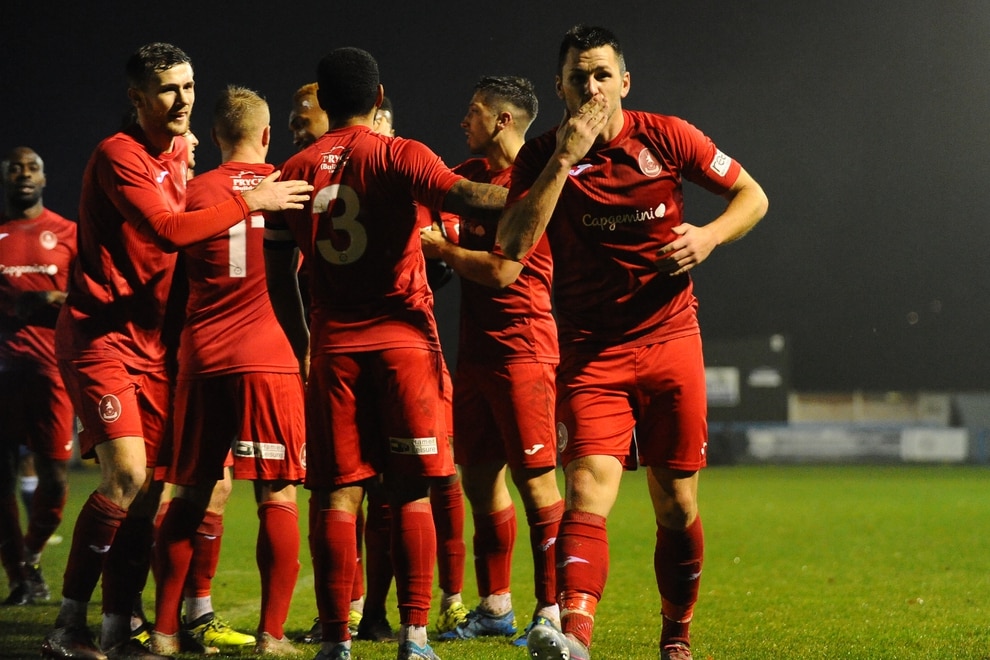 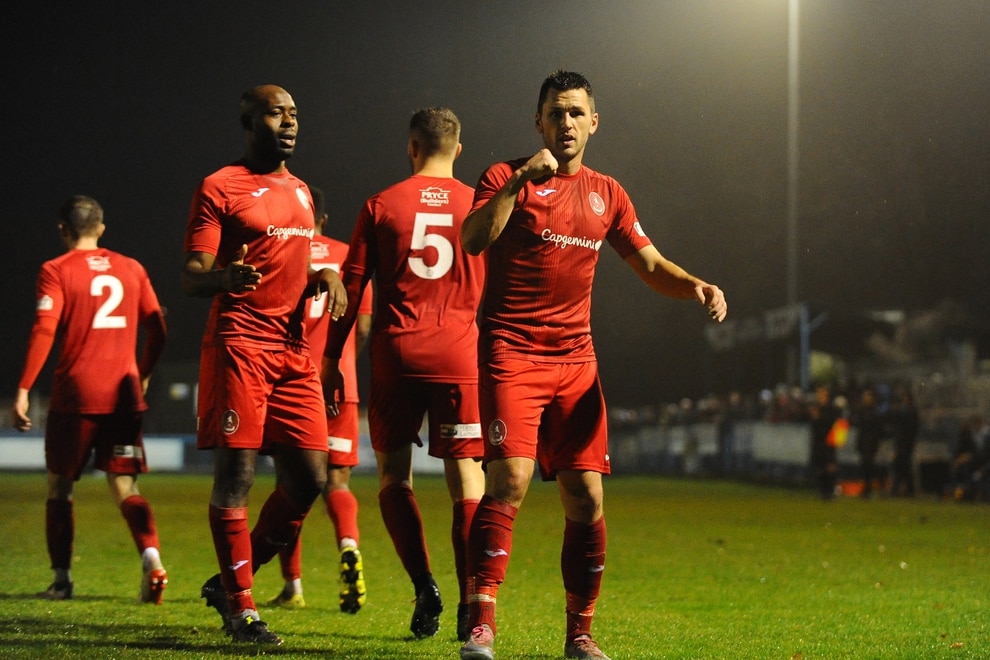 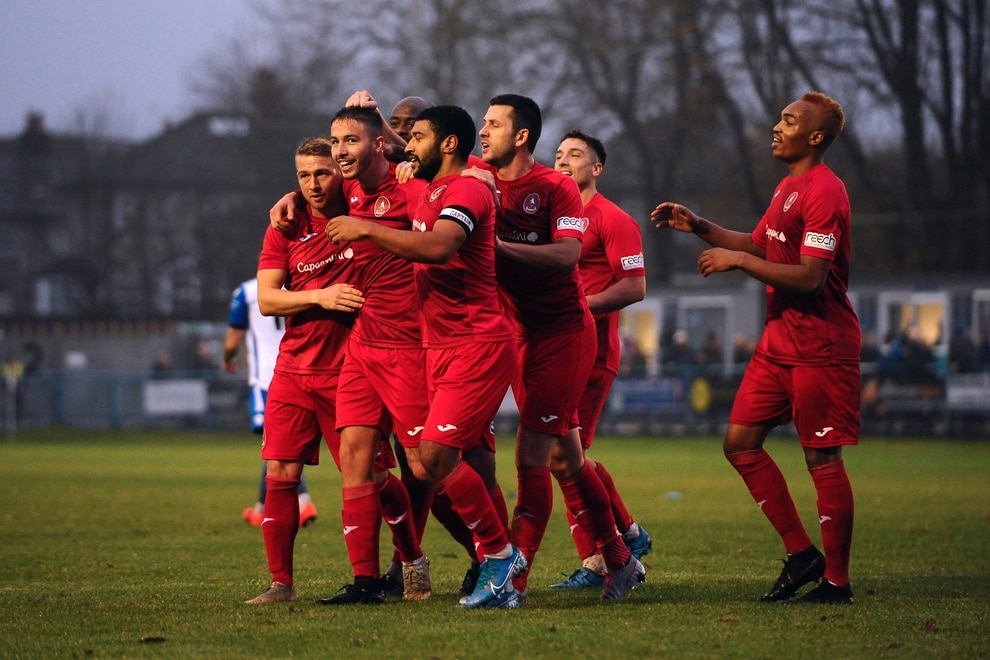 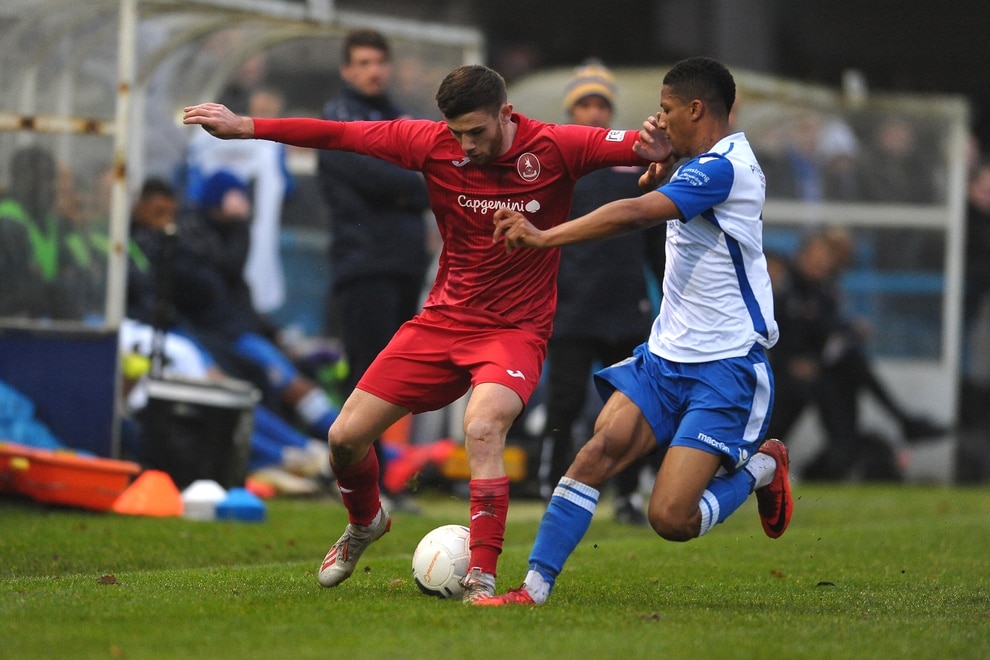 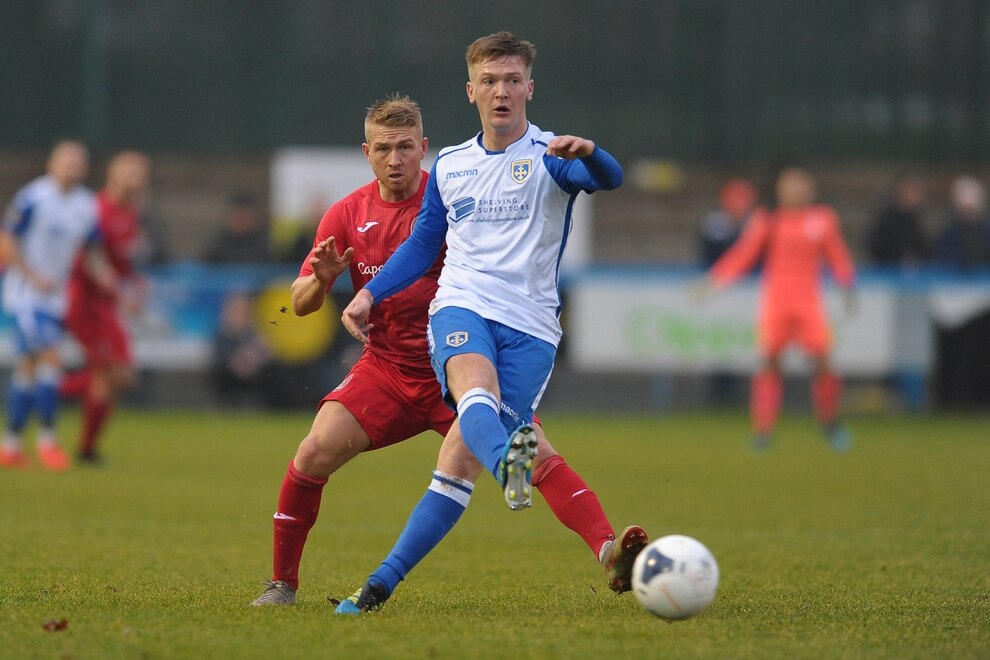 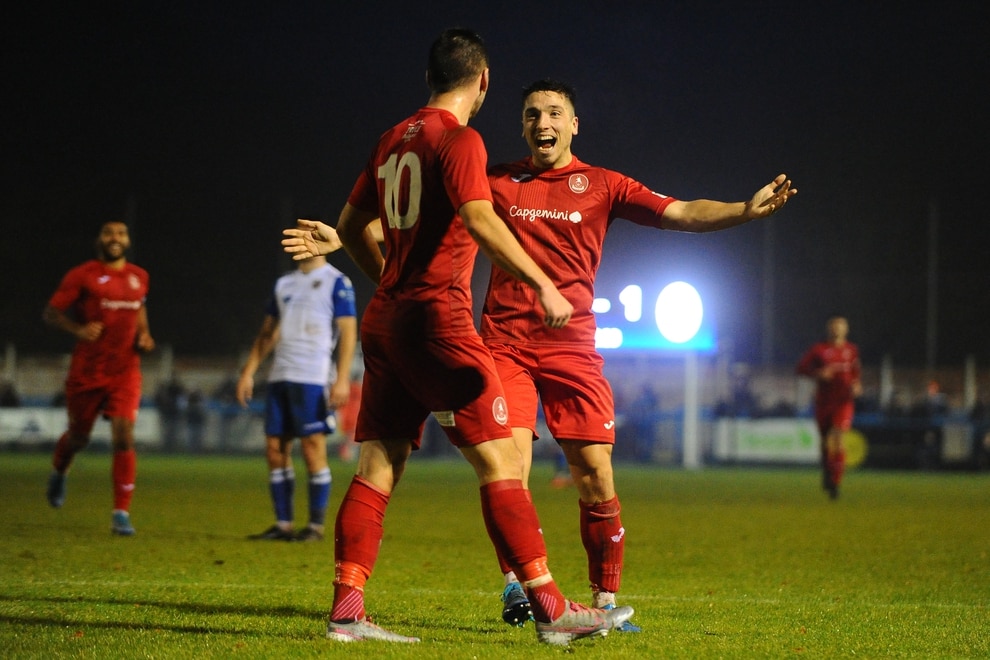 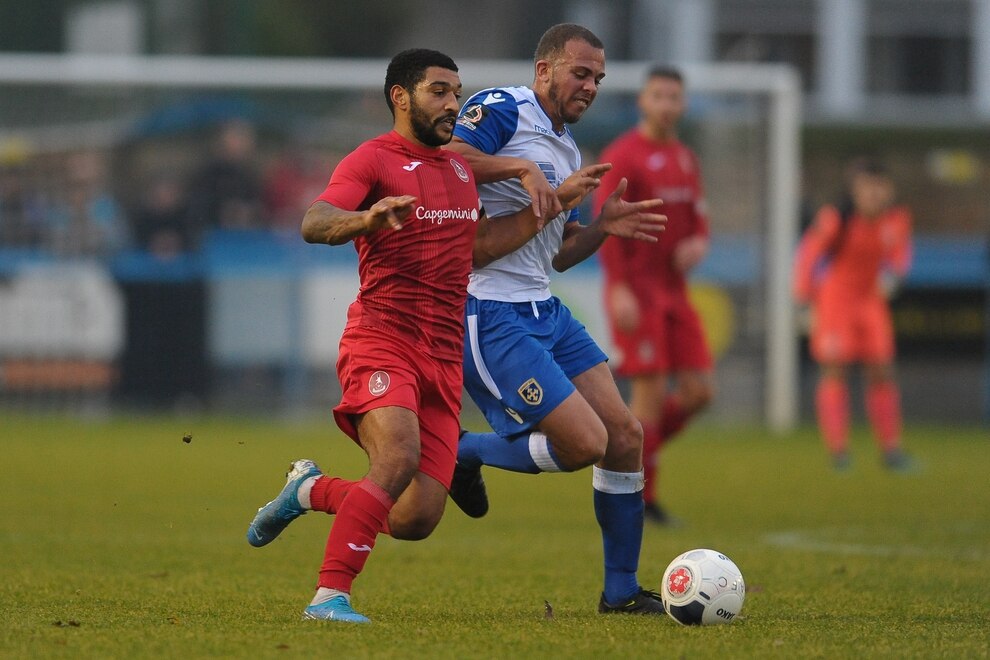 FA Trophy, with a resounding performance that fully warranted their passage to the next round.

A first goal of the season for defender Zak Lilly, imperious in a terrific display, was followed by two goals for Aaron Williams and a fourth from strike partner Marcus Dinanga, playing in place of the unavailable Matt Stenson. The Bucks looked good in every department, and for a second time in five weeks put four goals past a Guiseley team who had few if any answers.

In their 2018/19 season, the Trophy provided some of the highlights of a hugely enjoyable campaign, albeit one that ended in double disappointment, losing in the semi-finals and also missing out on a play-off spot. The levels of expectation that created haven’t been lived up to so far, but this triumph suggested things could be changing.

Cowan’s team selection raised a few eyebrows; Stenson, Ryan Barnett and Billy Sass-Davies were all denied the permission of their parent clubs to play in this round, meaning they had to sit this one out. Into the side came Lilly, Marcus Dinanga and Darryl Knights, and Cowan will have been given something to ponder, with Lilly the pick of the three.

On a damp and misty afternoon in West Yorkshire, the Bucks started brightly, and with purpose, although the first effort on goal came from the Lions’ Lee Shaw, directing a tame effort wide of Matt Yates’ left post. The Bucks were moving the ball well and using wing-backs Birch and Riccardo Calder to good effect, although Guiseley coped well enough. On 20 minutes, Calder earned a corner, and with a routine honed on the training ground, Knights and James McQuilkin’s short corner caught the

Lions napping, with McQuilkin’s sharp pull-back for defender Theo Streete blocked by an outstretched leg as it headed goalwards.

The visitors continued to dominate possession, with home fans venting frustration at their team’s inability to match the Bucks at referee Simeon Lucas, who they felt was giving them few decisions in their favour. Indeed, it was the Bucks’ own lax play that looked their biggest concern, with an under-hit pass from Streete putting Lilly in trouble and allowing Shaw to burst through; Streete recovered his error to limit the damage to a corner.

Just before the half-hour mark, the Lions missed probably their best chance of the game, and it was to prove pivotal. Reiss McNally’s ball to Shaw put him in behind the Bucks on the right and when his low cross wasn’t dealt with, it took a goal-line clearance from Calder to prevent the home side going ahead. They paid dearly for that missed opportunity just two minutes later; a free-kick led to the Lions conceding a corner and when the ball was only half-cleared to Lilly 12 yards out, the former striker, converted to defence by Cowan, showed he had lost little of his predatory instinct, swivelling to shoot home low past Marcus Dewhurst to the keeper’s right.

That gave the Bucks the signal to eagerly seek a second goal. Williams and Dinanga got in each other’s way somewhat when Knights’ cross on a right-wing overlap created a heading opportunity, and McQuilkin rattled a long-range drive into the advertising hoardings with Dewhurst scrambling.

The Bucks deservedly led at the interval, but the Lions showed signs of a revival early in the second half. Jamie Spencer wasted a great crossing opportunity, and Hamza Bencherif had a poor free-kick blocked before Brad Nicholson fired the rebound wide. The Lions Aaron Martin, with sixteen goals to his name, had missed the league game between the two sides in October, and it was felt his availability would make this a closer contest than that 4-1 Bucks victory. Martin, however, had to feed off scraps as Guiseley showed little invention in their approach, with long balls forward dealt with by Streete and Lilly and captain Ellis Deeney providing terrific cover in front of them.

Having soaked up what the Lions could muster, it was Bucks forward Aaron Williams whose clinical finishing put the Bucks firmly in control. Deeney had fired a long-range effort wide of goal just moments earlier, but on 69 minutes the Bucks had their reward. Played in behind the home defence, Williams was driven wide and to the left in the penalty area, before cutting back inside to look up, choose his spot and thrash a powerful shot across goal and into the far side of Dewhurst's net.

The Lions weren’t completely finished, and Streete had to clear off the line when Shaw’s cross-shot from the right gave the Lions a shooting chance; however, on 77 minutes Williams sealed the tie.

With Guiseley leaving gaps, Knights’ pass from the left found Williams in acres of space and he was coolness personified, beating the advancing Dewhurst from the edge of the penalty area.

That made it five goals in two games against Guiseley for Williams this season, following a hat-trick in the 4-1 win last month, and two minutes later he turned provider, locating Dinanga with a ball from the left of the penalty area. The Bucks no.9 controlled and then scored from 10 yards, Dewhurst hopelessly exposed.

The Bucks slipped into cruise control and a few home fans headed for the exit, as did their team. For a delighted Cowan and his team, this was a performance to draw huge satisfaction from, and one that holds promise for the weeks of the season to come. 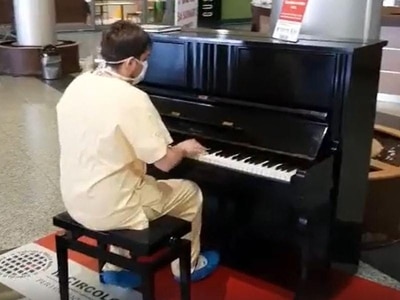