Aston Villa appoint Steven Gerrard: The inside track on the new boss

Steven Gerrard is the new man at the helm at Villa Park following his appointment as head coach, but what can fans expect from him?

We spoke with Scottish football expert Stuart Hodge to get his take on the appointment and whether the former Liverpool captain can bring success to B6.

See what he had to say here...

What type of manager can Villa expect in Steven Gerrard?

Everyone knows what Steven Gerrard was like as a player down south. He is the exact same as a manager. Forthright, no rubbish, straight-shooting.

I'd say he's a pragmatist first and foremost, which is perhaps a bit different from his playing days – and he may disagree – but he obviously has the gravitas to inspire players to play at their best.

I expect him to immediately stabilise the rocky Villa defence and perhaps get a tune out of the some of the signings who haven't delivered so far.

What have you made of the success Gerrard has had in Scotland, and do you think he's capable of replicating that in the Premier League?

Well, he's not going to win the title – which, considering where the club was when he and his management team arrived at Rangers, was a remarkable achievement.

Also very noteworthy was how quickly he restored Rangers' reputation in Europe, that was perhaps even more incredible as Celtic's implosion helped open the door for the title win.

Gerrard immediately made the team competitive on the European stage and that experience will perhaps translate to trying to make Villa competitive against some of the better Premier League teams.

What sort of style of play will Gerrard bring with him to Villa Park?

I'll be interested to see which system he goes with, but expect his main coaching lieutenant Michael Beale to do quite a lot of the heavy lifting on the training pitch.

Gerrard will set the team up to be more solid and compact I believe, and he will give the flair players a platform to create and express themselves, particularly on the counter-attack.

It might have been a surprise to some to see Gerrard depart Ibrox midway through the season for Villa, what do you think drew him to make that decision?

No, I think when the right job came along he was always going to go to England.

Villa is a massive club and ownership has invested heavily in the squad. With that investment I think they would expect to finish top 10 or top 12, at the very least, and that has to be his ambition.

I imagine if he's successful at Villa that will make him the obvious successor to Jurgen Klopp when the German eventually leaves Anfield.

Gerrard had to prove himself in the Premier League to put himself in that position, and this is a very good vehicle for him in that respect.

Do you think Gerrard is an upgrade on Dean Smith for Villa?

Time will tell. He is definitely a change.

I feel for Smith as one result to break the run may well have saved him but Gerrard is obviously a massive name and there will definitely be a surge commercially and in terms of interest from abroad having the former Liverpool and England midfielder in charge.

It's an exciting appointment, but he has a lot to prove.

What do you make of the appointment in general, do you think it's a risk for Villa or Gerrard himself?

It's a risk for both.

Villa are clearly ditching a manager who would have kept them up comfortably in my opinion, and had a chance of still progressing the club in the long run despite the recent run of results, to a boss with zero-Premier League experience.

And as for Gerrard, he was probably going to win another title had he stayed at Rangers, but he is making the jump to a club where it could go pear-shaped and damage his reputation very quickly if he does not succeed.

Villa clearly have ambitious owners who are targeting European football sooner rather than later, do you think Gerrard is the man to bring them that, and why?

It's hard to say. Gerrard has proved he can instil a winning mentality, but his Rangers players comprised the best squad in the league by a distance – except the neighbours across the city, of course.

It's very different going from that two-horse race of the SPFL into the huge pool of Premier League clubs all scrapping for survival firstly and then to get into that bracket which is competing for European football, is again another huge step forward.

If he can replicate the kind of success of his former Liverpool boss and former Old Firm sparring partner Brendan Rodgers at Leicester City, he and the club, I'm sure would be delighted.

But he is the kind of character who has a steel to him and a snarling demeanour that has seen him succeed more often than he hasn't in the game.

He will certainly command the respect of everyone immediately as he walks in the dressing room, which is important for any manager, but I have a feeling this job at Villa is where we will see the true valour of his managerial acumen.

You can follow Stuart on social media by searching for @Hodgeythehack. 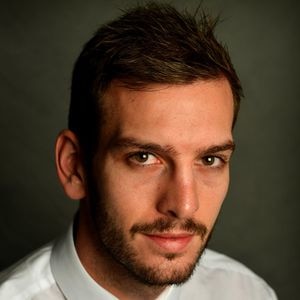 Rishi Sunak’s spending plans at a glance: a windfall tax and a universal grant

Star comment: High streets will lose their spark without M&S

Rhodes on generous parents and why the Russians are struggling