Rutter now planning for 2021 as cancellations mount up

Lockdown has been tough on sport and motorbike racing has been no different – just ask Michael Rutter. 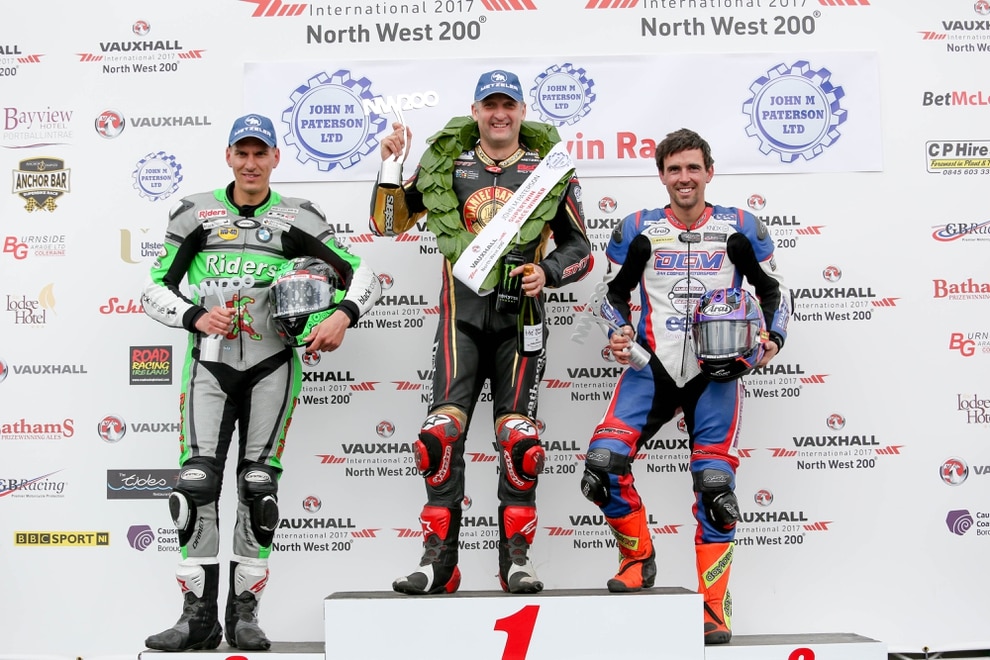 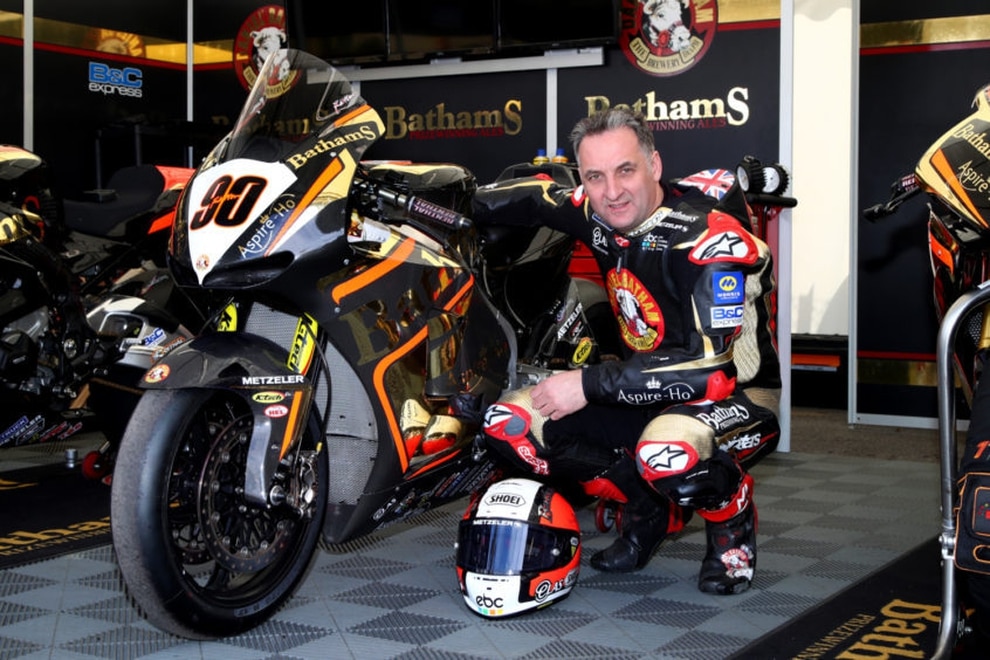 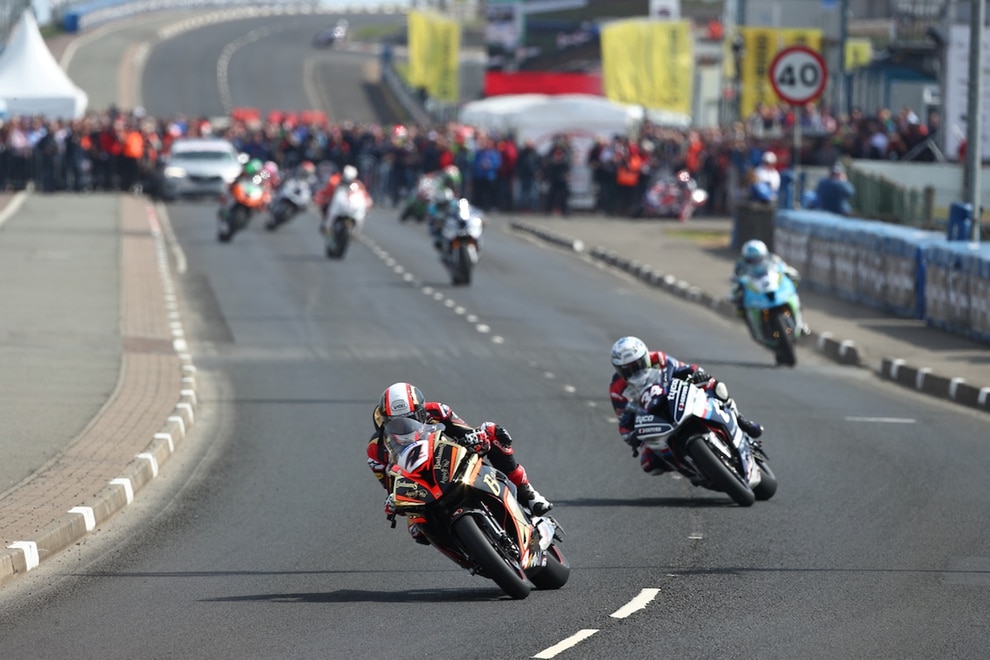 Rutter had been hoping to again lead a train of riders during this year's cancelled North West 200. Picture: Double Red photography 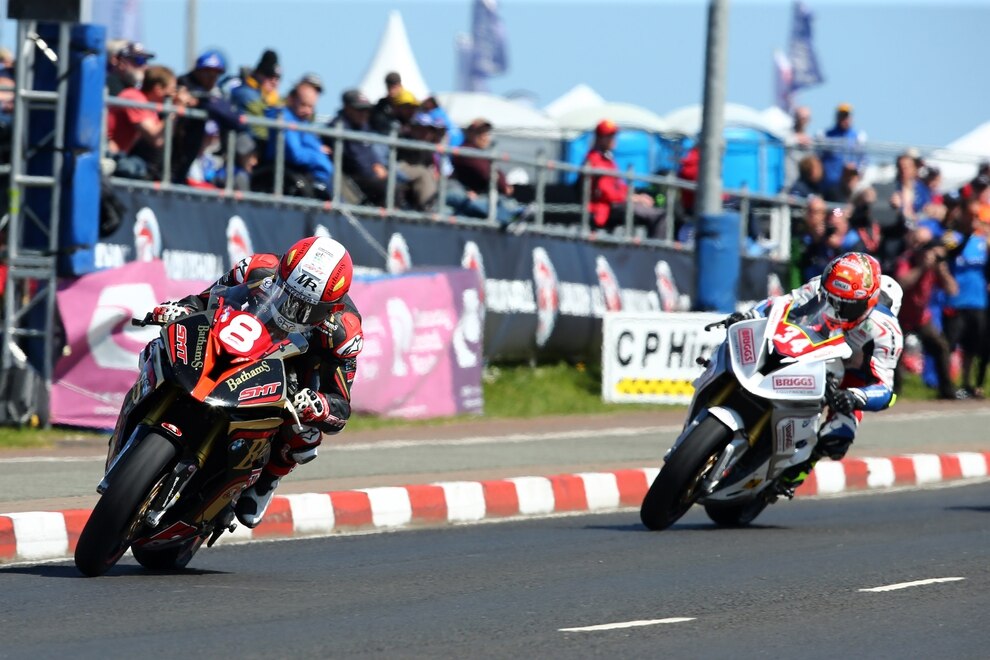 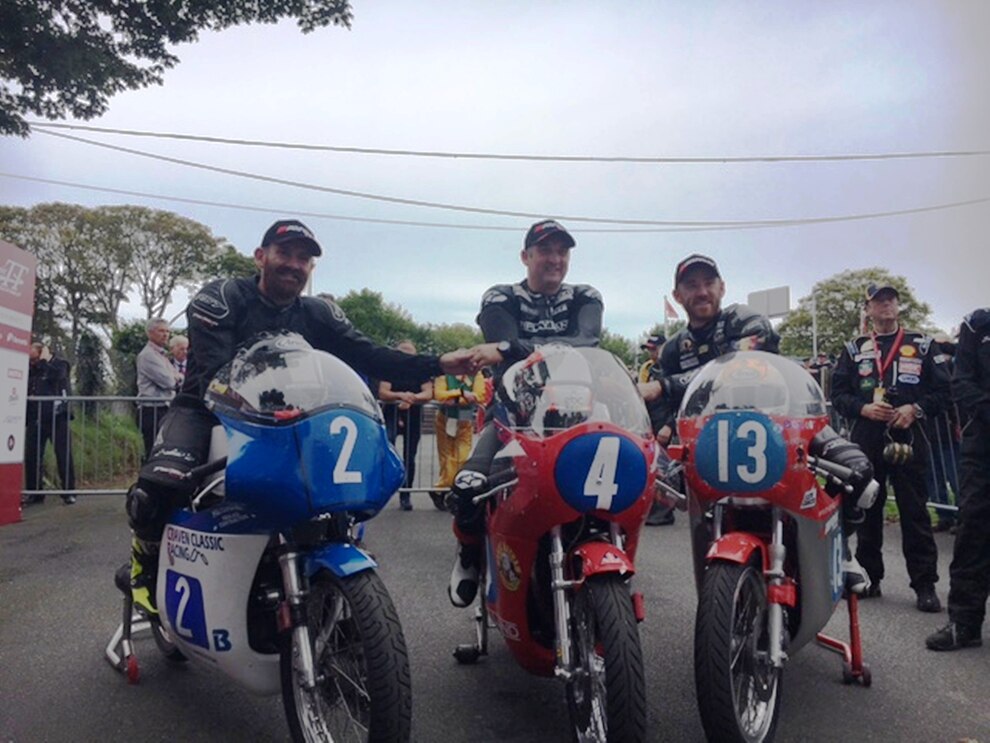 Rutter added to his Classic TT wins in 2017

A legend on the roads and circuits, he has seen what would have been his 31st year of racing put on hold.

And now, also working as team manager of Black Country-based Bathams Racing, these days he splits his time between running the team whilst still competing at the top end of the motorsport.

He shows no signs of slowing down either, with wins at the Macau GP and Isle of Man TT in 2019.

In fact, the only thing that seem capable of stopping the Brierley Hill-born star, who now lives in Bridgnorth, in his tracks appears to the coronavirus, but even then he has been busy behind the scenes.

The latest huge road race meeting to cancelled for 2020 was the North West 200, in Northern Ireland, which had at first been postponed but has now been called off altogether.

The Classic TT was cancelled last week, while the main Isle of Man TT races – which should have been taking place during May half term week and the first week of June – were removed from the calendar a month earlier

Rutter claimed another podium at the North West last year and has 14 wins to his name around the triangular circuit.

The 48-year-old had also planned to race in the National Superstock 1000 championship with team-mate and current title holder, Richard Cooper, who had switched to join him at Bathams Racing for the 2020 campaign.

Instead, he has been working on four bikes – two superbikes and two superstock BMWs – in his Dudley garage for what, he now assume, will be his first races in 2021, having mentally written off this year altogether.

"I'm putting this season behind me and looking ahead to 2021 now," he said.

"The British championship is still all up in the air and I think it's looking unrealistic we'll have any racing in 2020 in the UK."

Rutter also claimed a record-breaking ninth Macau GP win in November and even a date as late as that now seems fairly unrealistic, as it stands.

"My first race could be the Macau GP but even then no one knows if anyone will be able to travel freely to other countries," he said.

"I'm just hoping there's some way of getting some racing in before the end of the year, no matter where or what it is.

"But unless something drastically changes it's unlikely because the Classic TT and Isle of Man TT have already been cancelled, and now the North West 200 too."

Rutter had even suggested to organisers possibility of running the main TT races during the Classic TT and Manx GP fortnight, which takes place during the final weeks of August and first week in September, before any race fans really knew the true severity of the pandemic.

"I was told after I announced the idea they would not be doing that and it would be cancelled until next year regardless," he said.

"I suppose because it's so big it would have been too risky, getting all the marshals back and everyone else involved. It wasn't worth it and now it's been cancelled anyway.

"Larger events than motorcycle racing have also been cancelled – and you know when football stops, we're all in trouble."

Behind the scenes, however, Rutter and his Bathams Racing team have been as busy as ever because, in bike racing, "there's always something to do".

"We've got four bikes ready to go, although we are still waiting on a few parts because and other bits and pieces because we either can't get them delivered or they haven't been made yet," he said.

"But there's always stuff to work on, whether it's building new stands for the bikes, the workshop itself, improving the artic lorry or working on the bikes themselves.

"We've also been able to make some complete sections of the bike, like a spare handlebar set, with all the electronics, etc, already attached, which means it can be replaced immediately if we have a crash.

"Usually, you're running around like a madman between meetings and never get the chance to do things like that."

One the biggest personal disappointments for Rutter has been the cancellation of the Classic TT because he had planned to ride a Ducati in tribute to his late father.

"I had planned to ride a Ducati, in tribute to my dad, with the Red Fox team but that's all been put back burner until, hopefully, next year now," said Rutter.

"Financially, we have also been hit pretty hard but we're so lucky to have a sponsor like Bathams behind us.

"Everything else has just stopped but it's only Alec, my mechanic, and me working at the moment so we can keep the costs quite low.

"Either way, everyone is planning ahead for next year."