Paulette Wilson was detained in an immigration removal complex and even driven to Heathrow airport for deportation.

A grandmother raised as a young girl in Shropshire who faced being deported despite living in the UK for 50 years has been handed a reprieve.

Paulette Wilson, 61, was brought up in Wellington when she moved to the country aged 10 and she worked for 34 years.

Mrs Wilson arrived in the UK in 1968. She was looked after by her grandparents in Wellington, Telford.

When they died she was looked after by Shropshire Council and placed in the Vineyard children’s home in Wellington.

Her working life included being employed at the House of Commons, serving food to MPs.

But the Home Office told her three years ago she was an illegal inmigrant and they would be stopping her benefits, work and access to healthcare.

She was detained in an immigration removal complex near Bedford for a week and even driven to Heathrow airport for deportation.

This week, however, she has been granted a biometric residence permit from the Home Office, taking her a step closer to gaining British citizenship.

Supporters have now hit out at officials, pointing toward a Government ruling that anyone settled in the UK by 1973 has the right to remain in the country. They have also demanded an apology.

“I’ve never done anything wrong, how could I be an illegal? It would be nice to get an apology from the Government saying we are sorry we put you through this.”

Mrs Wilson has been relying on her daughter Natalie Barnes, who has helped process for citizenship for her mother.

Ms Barnes was banned from a Home Office department in Solihull as she repeatedly attempted to highlight the mistake. She said: “It was horrendous. Even if they just sent us the word ‘sorry’ on a Home Office piece of paper that would be enough.”

The family had been supported by Wolverhampton North East MP Emma Reynolds.

She said: “I welcome the fact that the government has confirmed that Paulette has the right to remain in the UK and can now apply for British Citizenship.

“But she should never have been put through this terrible ordeal in the first place.”

Ms Reynolds has written to the Home Office demanding an apology over the handling of the case.

She added: “I have asked the government to assess how many people have been detained in this appalling manner.

“I know from discussions with the offices of both Labour and Conservative MPs that this is not an isolated case.”

After being told in a letter in 2015 she had no right to be in the country she had to register at the Solihull branch of the Home Office every month.

In October she was detained at the immigration centre for a week before being taken to Heathrow. She was then released back to Wolverhampton.

The Home Office would not comment on the case. 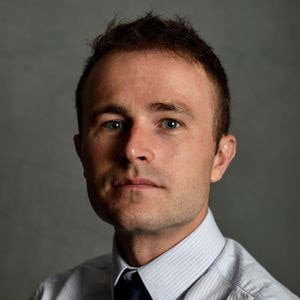 Investigations Editor at the Express & Star. Everyone has a story - tell me yours.

More than 600 killed as powerful quake hits Turkey and Syria

Travel agency comes of age and celebrates 21 years in town

New car market grows for sixth month in a row

More than 350 dead in Turkey and Syria following 7.8 magnitude earthquake