New flood alerts have been issued for parts of Shropshire after heavy rain in Wales overnight. 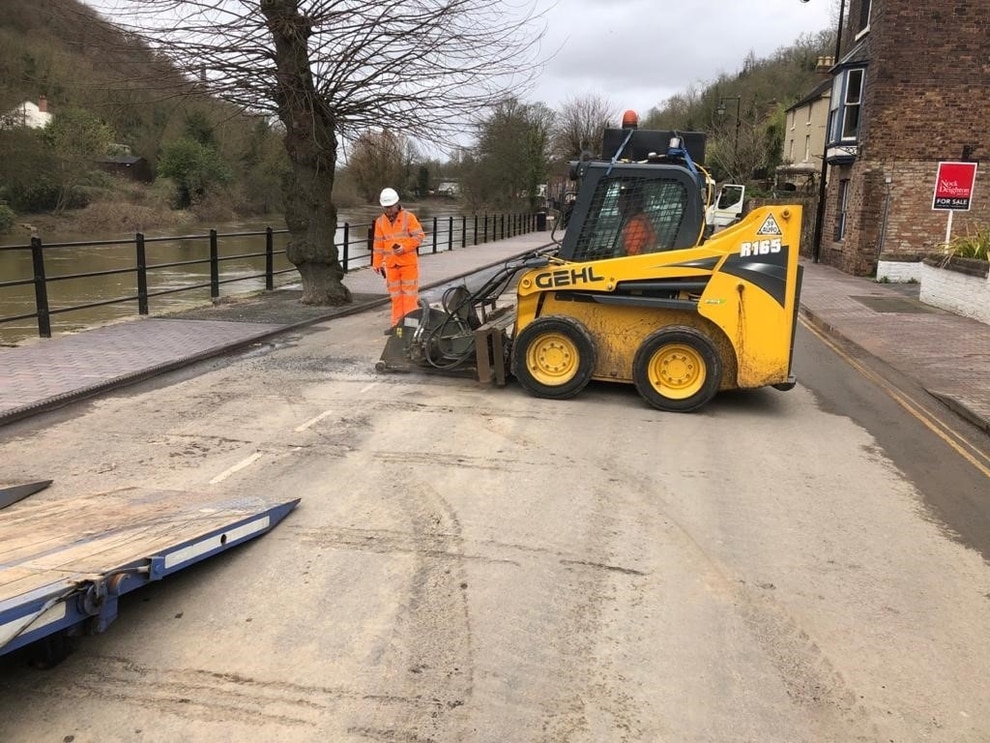 Work has been carried out to repair the Wharfage - picture: Telford & Wrekin Council Work has been carried out to repair the Wharfage - picture: Telford & Wrekin Council

Flood warnings are in place on the River Vyrnwy at Maesbrook and Melverley, near Oswestry.

The Environment Agency said it expected a peak of 4.6m, and that levels would stay high until tomorrow.

Elsewhere, flood alerts are in place for the River Severn in Shropshire, on the River Sow and River Penk, the Severn Vyrnwy confluence and Upper Teme.

Flooding is affecting low lying land and roads adjacent to the river from Shrewsbury to Upper Arley. Other locations that may be affected include White Abbey, Coalbrookdale, Ironbridge and Bridgnorth.

Further heavy rainfall will mean river levels will continue to rise into Wednesday.

The riverside section of the Frankwell car park will be closed to the public as the Environment Agency use it.

Three road closures will also be in effect: Chiltern Farm Lane in Shrewsbury; Burma Road in Whittington; and the B4368 from Clun to Newcastle.

Shropshire Council warned: "Please continue to adhere to any road and car park closures; they are in place for people’s safety and will cease as soon as flooding and associated hazards subside."

Shrewsbury’s park and ride service will be free to use until this Saturday, March 14, from all three park and ride sites – Meole Brace, Harlescott and Oxon.

See the latest forecast from The Met Office here:

It comes as The Wharfage in Ironbridge is reopened for the first time in three weeks.

📣After more than 3 weeks since flood barriers went up, the Wharfage in #Ironrbdige Gorge is now OPEN to traffic 📣
Our teams were repairing flood damage on Wharfage yesterday.
➡️ Wharfage fully open
🆓 FREE car parks in Gorge
Come down & show your support #backtobusiness pic.twitter.com/FGtju8N1dJ

Telford & Wrekin Council tweeted: "After more than three weeks since flood barriers went up, the Wharfage in Ironbridge Gorge is now open to traffic.

"Our teams were repairing flood damage on Wharfage yesterday."

Cars parks will remain free in the Gorge for the coming weeks to help encourage people to use businesses in Ironbridge.