The weekend's wet and gloomy weather could not keep the crowds away from the archaeological dig taking place at Shrewsbury Castle. 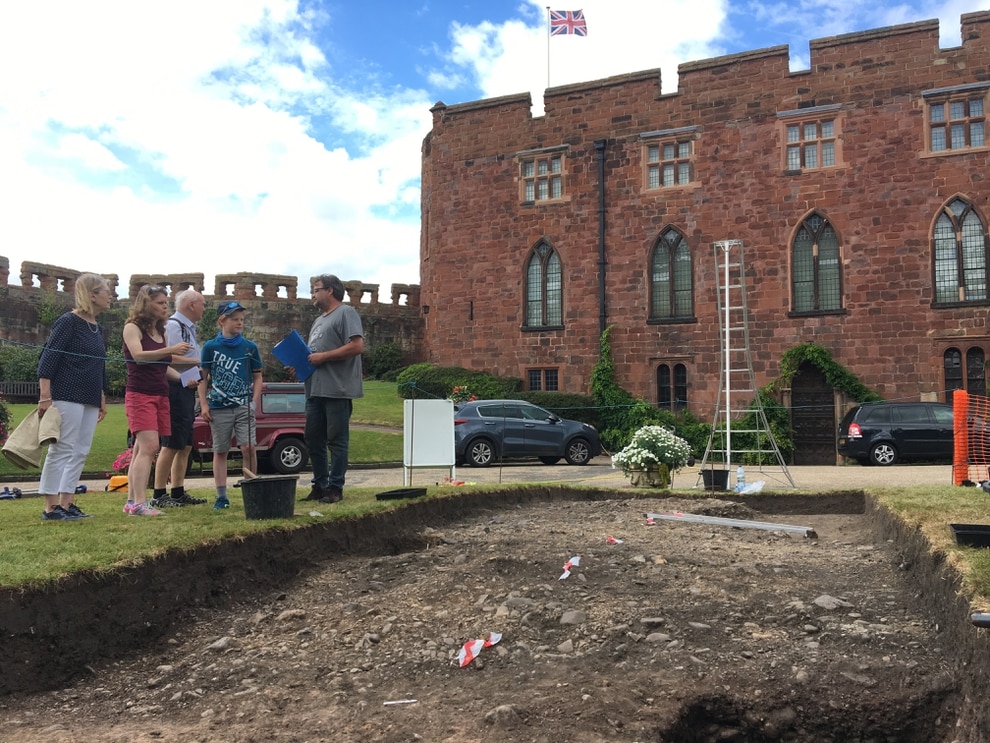 Archaeologist David Williams talks to 12 year old Christopher Novelli-Cain, with the road in the foreground 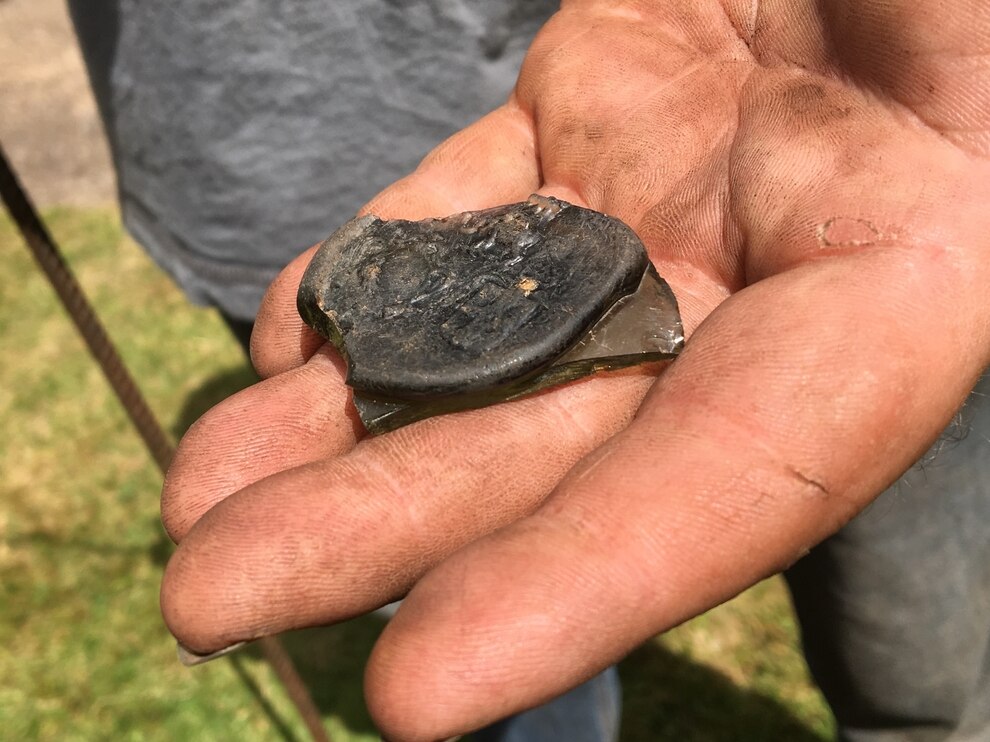 A seal discovered during the dig

More than 500 people came through the gates to see just what had been uncovered in the inner bailey.

Archaeologists lead by Dr Nigel Baker have been hard at work for more than a week in a bid to uncover the hidden history of the castle.

Geophysics showed a walled area and a structure which they hoped would be the foundations for an earlier building. But once the dig had started they found a rubble filled road which bisected the castle courtyard.

Finds coming out of the trench have included floor tiles and pottery along with clay pipes and a glass seal from a wine bottle.

Last weekend the castle was open to members of the public keen to discover more.

Dr Baker, who is being aided on the dig by students and staff from University Centre Shrewsbury, said he was delighted with the number of people who had come along ans although the weather had not relented and heavy rain had fallen all Saturday their enthusiasm had not been dimmed.

Part of the road has now been removed and the archaeologists are exploring the levels below. The dig finishes on Friday.