In the wake of a fearful plague which swept the land, memorials were erected to the victims. 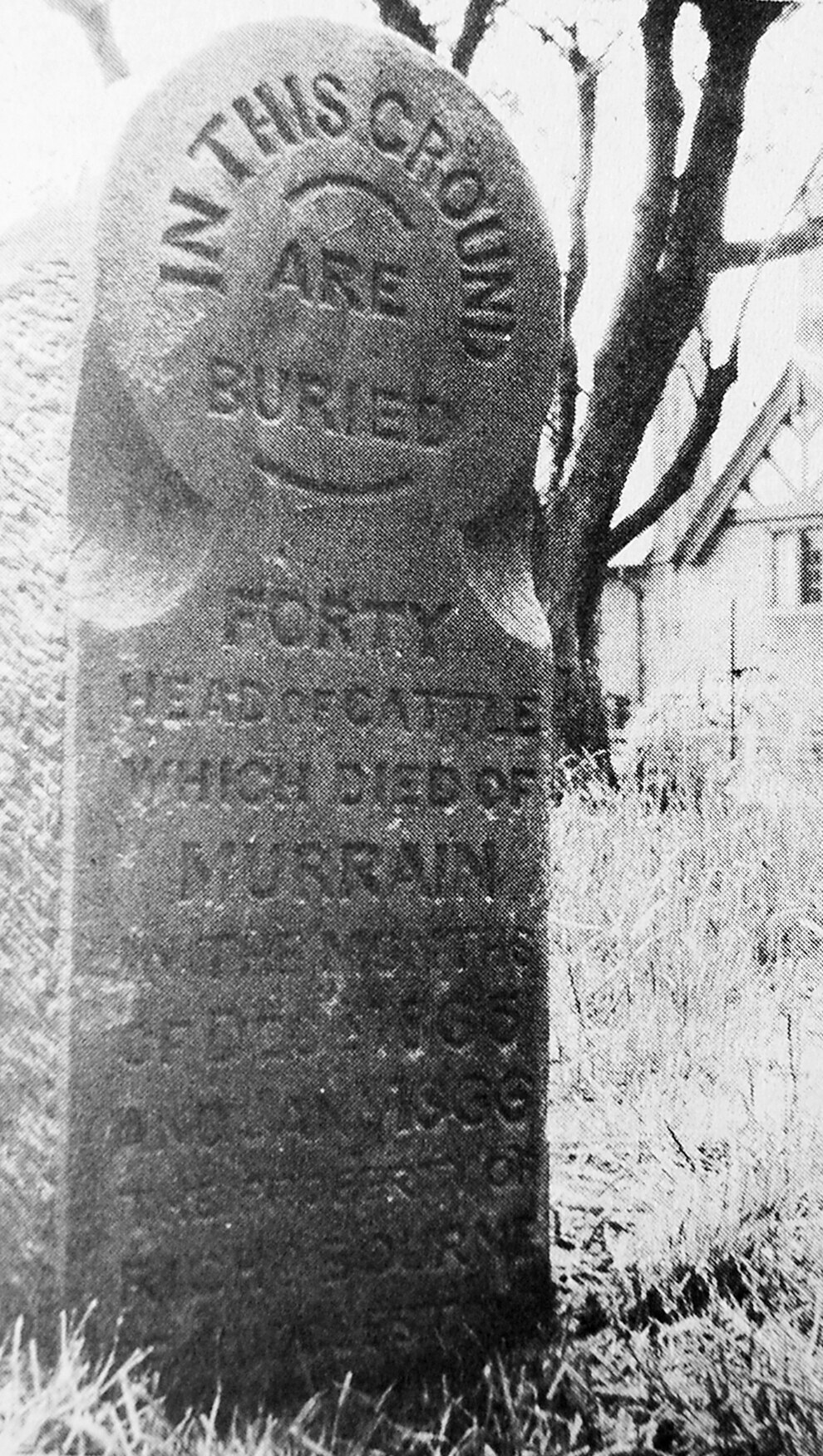 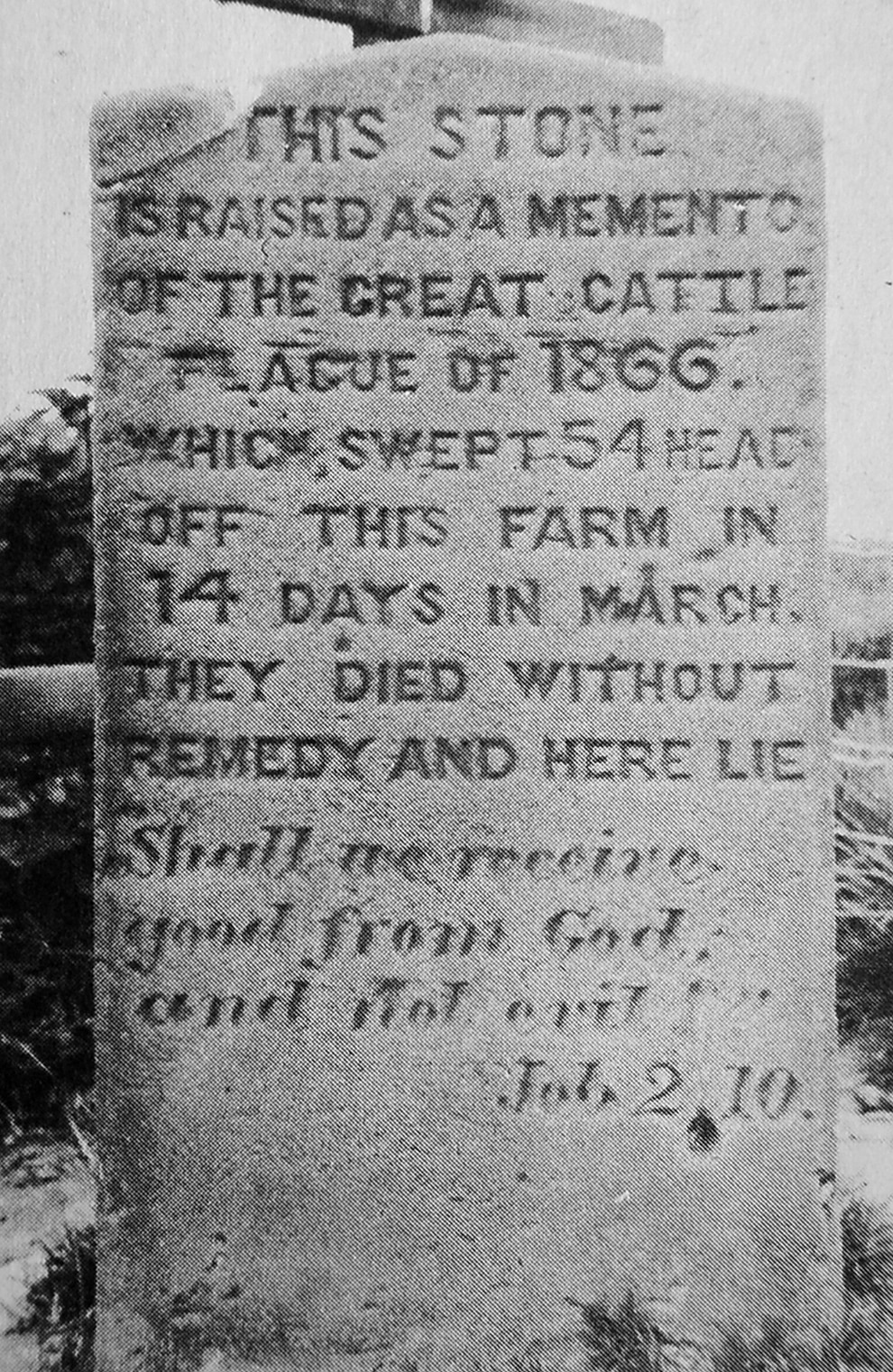 The Murrain Stone, near Norton In Hales. A monument to an agricultural tragedy. 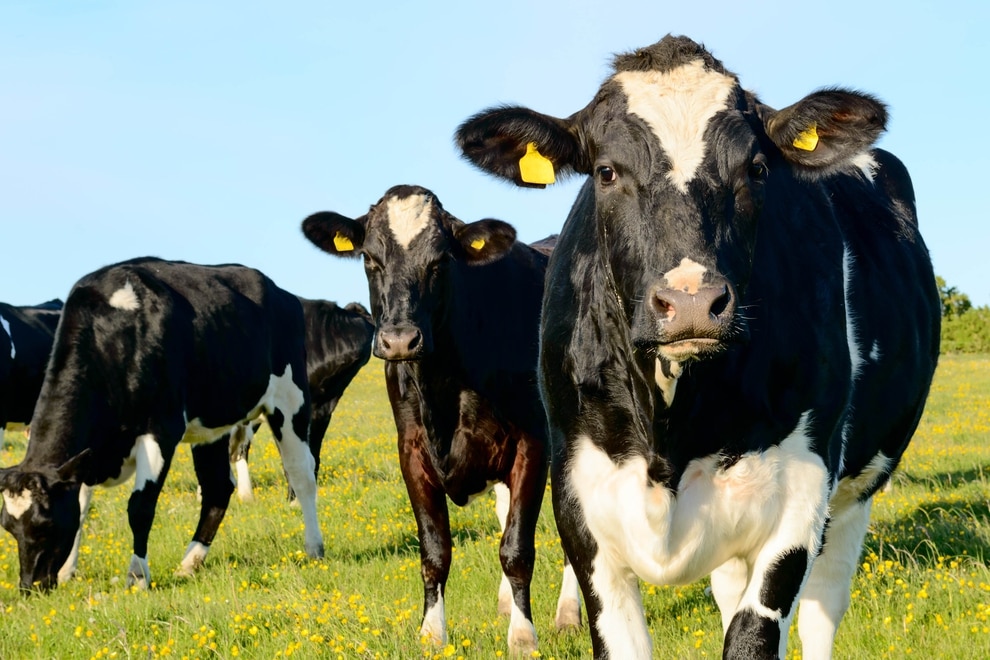 Rinderpest had a devastating impact on the cattle population

Here and there around Newport and Market Drayton inscribed stones went up to tell the sad story and remember the dead.

But these were not human casualties, but cattle who succumbed to a farming tragedy in Victorian days.

The disease was rinderpest which struck in 1865 and 1866 in the worst ever outbreak in British agriculture. The outbreak was a devastating event which prompted the establishment of a state veterinary service.

Rinderpest, which is also called steppe murrain, and cattle plague, is a highly contagious viral disease of cattle.

Losses around Newport and Market Drayton were among the heaviest in the country.

We can draw on a feature written in the Newport Advertiser at the time of the centenary of the disaster, in October 1965, to learn a little bit more about the memorials, albeit not much, nor their exact locations, although one can be pinpointed to near Norton In Hales.

"Nowadays there is little visible evidence of the plague, but near Market Drayton there are known to be at least four memorial stones that commemorate the loss of entire herds," the feature says.

From the photographs which were carried, we can read the inscriptions in most part.

One plaque set in a wall reads: "This stone is engraved as a memento of the great cattle plague of 1866. On this farm are buried 60 head (? – the stone is worn) which died ?th February."

And another: "This stone is raised as a memento of the great cattle plague of 1866 which swept 54 head off this farm in 14 days in March. They died without remedy and here lie. 'Shall we receive good from God and not evil.' Job 2. 10."

This particular stone is mentioned as a feature on a local walk detailed on the Norton In Hales village website, which describes it as the Murrain Stone.

According to the village website: "Cases were apparently found at Bearstone in November 1865. In January 1866 weekly prayer meetings were started to avert the plague and on March 7th a general Fast Day was proclaimed. On 21st June 1866 the plague died out."

And another stone: "This stone erected as a memento of the great cattle plaque. 62 (? – the first digit is worn) head were swept off this farm during the winter of 1865 & 66 and are here buried. The property of Daniel Eardley of Bearstone, tenant to (then a word or two cropped off) Kinnersly."

Lastly: "In this ground are buried forty head of cattle which died of murrain in the months of December 1865 and January 1866, the property of (then it looks like the name is Rich Bourne, and the bottom words are unreadable)."

One online account of the plague, apparently drawing on contemporary report, says it broke out in Shropshire on July 6, 1865, "at Mrs. Minor's, Tyrley Castle, near Market Drayton, among a stock consisting of 25 milch cows, 6 heifers, and 4 calves. It was communicated by some foreign stock which had grazed in an adjacent meadow, but had broken out and mixed with Mrs. Minor's cattle a few days before...

"Mrs Minor lost her whole stock before the end of the month, except 3 cows and 2 heifers.

"It attacked two other herds in the early part of August, and destroyed 40 cattle in all; but by active measures of separation, disinfection, slaughter in certain cases, and other precautions, it seemed to be subdued about the end of August.

"A month later it reappeared on the other side of Market Drayton, and spread rapidly devastating the herds in the locality to a frightful extent. By the 12th December upwards of 700 beasts had perished, no less than 50 farmers being sufferers."