[gallery] An undertaker from the Shropshire border was jailed for life after being found guilty of the murder of his missing wife.

John Taylor showed no emotion as a jury of five men and seven women concluded he had killed Alethea, his partner of nearly 20 years.

He must serve a minimum term of 17 years before being considered for parole, Judge Justice Julian Flaux ruled.

Retired primary school teacher Althea was reported missing by Taylor, 61, from the family home they shared in Orleton, near Ludlow, on January 19 last year.

She has not been seen since.

He denied killing her throughout the near month-long trial and insisted she was still a 'missing person'.

But the jury, after more than 20 hours of deliberations, today ruled he had killed her the night before she disappeared in a row over an affair he was having with another woman, Alison Dearden.

Notebooks seized by police from the couple's home in Mortimer Drive revealed Mrs Taylor had found out about the six-month dalliance, Worcester Crown Court was told.

Justice Flaux, sentencing Taylor, said: "Since her body has never been found, only you know what became of her on that night and where the body is. Alethea was clearly perceived by you as an obstacle to your happiness with Alison Dearden.

"Furthermore, by the time of January 18 and January 19 last year, Alethea had discovered you were having an affair, as you well knew, and you were concerned she should not reveal that affair to other people.

"From her notebooks, it seems there is a dark and violent side to your personality that possibly only Alethea saw.

"You either attacked her in the bedroom, where her blood was found, or you attacked her elsewhere and then put her, bleeding, on the bed.

"It may have been you smothered her with a pillow, but by whatever means, you killed her and then drove her body away in your car under the cover of darkness.

"You used your extensive knowledge of the local area to hide her body so well that despite extensive searches by both the police and local people, she has not been found.

"Even now you still fail to reveal what you have done with her, despite the hurt and anguish all her family and friends must be feeling. You give no show of remorse."

Mrs Taylor's family today welcomed the verdict and paid tribute to her. Niece Lorraine McKillop said: "Alethea is sadly missed by a lot of family and friends. She was a very active person in her community and contributed a lot to others.

"I find it very hard to understand why John would have done this. Why not just walk away, rather than the selfish act of leaving a lot of people wondering where she is?

"It's not a very happy end to her life, when she has given so much to others, with still much more to give.

"I hope some day that we can find her and put her to rest in the proper fashion that is so deserving of someone who helped and cared for others."

One person who knew Mrs Taylor both professionally and privately was The Reverend Christine Mundell, team vicar of the Leominster Ministry which covers Orleton.

Mrs Mundell, 63, said: "Alethea was active in the church and she was an absolutely wonderful person.

"She had been, at one stage, part of the Parochial Church Council and she was on the governing body of Orleton Primary School.

"She played the organ sometimes in church and often played when the school held services there. She also sang with the Shropshire choir the Birchpole Singers.

"She was funny, kind, generous and would do anything for you. We all miss her."

Police this afternoon released two videos of Alethea Taylor with one showing the murder victim going shopping just two days before she went missing on January 18, 2012.

As her husband begins his life behind bars, police called for renewed efforts to find her body.

They also called on John Taylor to do the honourable thing and help them find Mrs Taylor so that her family can get some peace and closure.

One of the videos released by police shows Mrs Taylor buying a watch at Benson Jeweller's, in Ludlow, just the two days before she went missing. The images were used as evidence against Taylor. In another video she is seen doing a reading and playing the keyboards at an event at Orleton Village Hall.

Reflecting on the life sentence, Detective Inspector Dave Williams said: "While we are satisfied Taylor has been convicted of this terrible crime, we still need to find Alethea's body so that her family and friends can lay her to rest and grieve for her properly.

"This has been a complex and challenging investigation, but it is not over yet.

"We will not rest until we find Alethea and I would urge Mr Taylor to do the right thing and tell us where she is so that those who loved her can have closure and peace of mind. Taylor owes it to the community he deceived into searching for her – even though he knew that she was dead – to come clean."

After Mrs Taylor went missing, police immediately launched a large scale search of the local area, which lasted for a number of days. The hunt for her involved not only huge teams of police officers and various search and rescue organisations but also hundreds of people from the couple's home village of Orleton.

Det Insp Williams added: "Alethea has been described as a wonderful person, someone who would do anything for anybody." 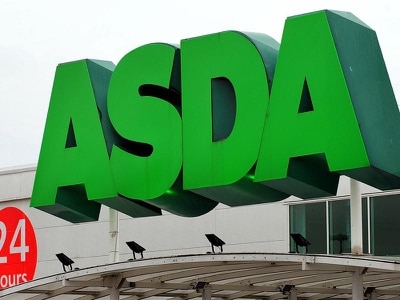 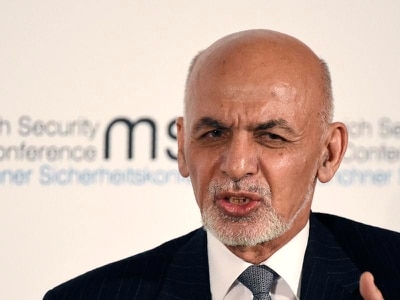