Could Shropshire have an airport like Liverpool John Lennon Airport? Shrewsbury Town Council say it should be a 'main ambition'

An airport should be built to ensure the economic growth of Shropshire, a report said today.

Members of Shrewsbury Town Council have called for a plan to create a commercial airport, describing it as a “main ambition” for the county.

And they criticised an economic growth strategy created by Shropshire Council for its lack of vision.

Town councillor Peter Nutting said Shropshire’s leaders should start planning now with a view to making an airport a reality in the next 20 years.

He said he used the growth of Liverpool John Lennon Airport as a model and insisted the idea was viable. He said a new airfield could be created or existing sites like RAF Cosford developed.

He said: “The thinking is if you go from Liverpool south to Bristol and then from the east of Birmingham to the Welsh coast, there is no commercial airport and that is a large chunk of countryside.

“Shropshire is looking for transport links with the world and I think the potential is there to investigate whether it would work in our county.

“I have no set ideas on how big or small it should be or where it should be but I think it is worthy of putting some money into.

“I think it is more like a 20-year plan. I am not expecting next year to have planes landing. I would like to think, in future, it would be a reasonable sized commercial airport, something like Liverpool, but that is a long term aim.

“One thing that could be looked at is whether RAF Cosford could be a dual airport, part commercial part RAF.

“It is well linked to Wolverhampton and the Black Country and has links to the motorway networks.

“In a couple of years time Shropshire Council will rely on business rates to pay for their spending.

“Airports and associated buildings like warehouses create huge amounts of business rates that could then help support Shropshire’s economy.

“I regard the idea in the same vein as the University. It is something that is a long term project, it is not an overnight thing. Even now, the university has lots of work to do to improve numbers, but we started with a seed of an idea but in the long term it will be really good for the economy.”

The idea was today backed by Shropshire Chamber of Commerce. Its chief executive Richard Sheehan said there would be very real “economic impact” from an airport.

He said: “I think it is fair to say the economic impact an airport has in any particular area it exists in is proven to be substantial.

“They tend to be large employers themselves, with a very significant supply chain, all of which have a knock on effect in spending powers of the business communities.

“From an infrastructure point of view, airports are a vital ingredient for connectivity around the world. When exporting goods, getting them to market or meeting people from different markets, connectivity is a critical factor.

“We know because of the length of time it has taken to expand the runway at Heathrow that infrastructure projects like this take a very long time to come to fruition.

“While it has been acknowledged this is a very long term view and that it is also an extremely costly exercise, there is no doubt there would be economic benefits for years to come. There is nothing wrong with being aspirational – business people are aspirational every day – but there also needs to be some realism that this is a long term, expensive idea.” 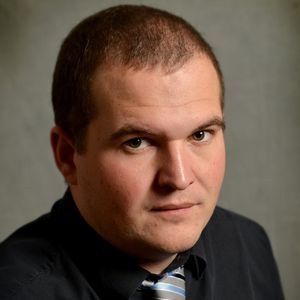 Major Shrewsbury road set for 13 night closures due to works

Organic farming pioneers who confounded the many doubters

Star comment: Time to see what kind of king Charles will be

How technology is helping to build a greener future

Star comment: Time to see what kind of king Charles will be

Plans for tourism tax in Wales come under fire

Shropshire author buzzing ahead of release of latest book

Search continues for Hindu pilgrims after boat tragedy in Bangladesh