As rocker Gary Holton and his band the Heavy Metal Kids did their stuff on stage at the Music Hall, Shrewsbury, there were two special people in the audience – his mum and dad.

"I was quite proud of him. There are not many sons who get on the stage, are there?" said his father Ernie Holton, who is now 90 and lives in Shrewsbury.

"He was mad on the stage – an absolute lunatic. We were on the balcony, way back."

It was, he admits, not really his sort of music. "You have got to accept that."

The stereotypical image of Gary Holton is of a Cockney Jack-the-Lad actor and rocker who lived hard and died young. In October it will be 30 years since his star went out, another high-profile victim of drugs and drink.

But there was another Gary Holton – the award-winning young ballroom dancer, a singer with a fine voice that grace the London opera stage, a confident and popular holiday camp entertainer, a versatile actor who as a lad rubbed shoulders with Laurence Olivier.

"He was a character," said Ernie, as he looked through a pile of photographs, cuttings, and mementoes, including from the days when Gary starred in the hit 1980s TV show Auf Wiedersehen Pet in which he played ladies' man Wayne Norris.

"He was never shy. He was a lovely person, very likeable, a sociable lad who could talk to anyone."

The family hails from South London. Ernie and first wife Joan moved to Welshpool at the end of 1969, where Ernie became landlordg of the Wellington Inn in the Mid Wales town. In 1972 he went to the Crown & Sceptre in Minsterley, and then had the Tankerville Arms at Longden from 1975.

Although Gary stayed with his nan in London, as he was working there, he came to visit from time to time.

"When he was in the show Hair in Glasgow he bought half the crew into our pub in Welshpool. We had about four letting rooms there, and I put the women in one and the men in the other. It wasn't like that in the morning," remembers Ernie.

Gary's brothers Tony and Nigel live in Shropshire – Tony has an electrical firm at Monkmoor.

Gary's first part was when he was 11, at Sadler's Wells opera house. He played a ragamuffin.

"He got 3/6d for that, I think," says his father. "In 1966 he was chosen for a part in a show called Love For Love with Laurence Olivier at the Old Vic. We had to chaperone him. Everybody loved him. He was the only one who could walk into Laurence Olivier's room without knocking.

"He loved acting. He should have stayed acting instead of going into a pop band."

Ernie and Joan used to go ballroom dancing and Gary got roped in too.

"He was 11 or 12 and won a competition dancing against 17-year-olds," says Ernie, adding: "When he was about 16 or 17 we went on holiday to Pontins holiday camp on the Isle of Wight and he never came back. They wanted him to be the entertainment."

Gary, who was born on September 22, 1953 – Ernie says the papers all wrongly gave his age as 33 when he died, when he was in fact 32 – was first in a rock band as a schoolboy at Beaufoy School, in Lambeth.

Later, he would be in the Heavy Metal Kids. So far as Ernie knows, the band only played one concert in Shropshire, but he does not have the date. He has all Gary's music finds he cannot listen to it nowadays. "It brings back too many memories."

Gary's troubles in later life were splashed in lurid detail in the tabloids. "He couldn't care less," says Ernie. "We used to laugh about it. He said to me: 'Dad, bad publicity is good. It keeps you there.'"

Ernie had tried to steer his son to a better path. "I used to say 'For God's sake, keep away from drugs.' Of course, when your back's turned, you just don't know."

After Gary's death his ashes were brought to Welshpool for burial. 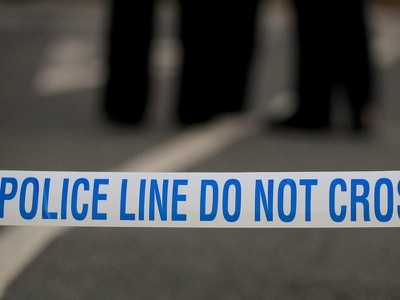