It’s nearly time, the due date is creeping up and baby will soon be here. Leigh Sanders is nervously counting down the days. . .

So here we are, the final countdown as it were.It’s a bit of a strange feeling. Every night you put your head down on the pillow could be your last as a couple before you become parents. Every trip to the supermarket could be the last chance to have the right amount of nappies waiting at home.

One viewpoint I have read which resonated was that just because these moments may be ‘lasts’, it’s not time to worry. Everything that happens after that will be ‘firsts’ with the little one. Our first trip to the park. Our first drive to the country. And it’s those thoughts that make it all the more exciting.

Nobody can ever really know what on Earth they are doing right now. We think we’ve got all the right gear. We think it will be clothed in a new outfit every day for a year based on the gifts we’ve received.

But officially, for us dads anyway, where do you turn? I feel pretty lucky. There’s a group of three of us that watch Wales and Cardiff play football regularly. One of us has just welcomed his firstborn into the world in the past few weeks. The other has just announced that he and his wife are expecting their second child later this year. So I am in a good position. I’ve got two sources straight away to seek advice from.

This is where modern technology like Whatsapp really helps. Quick messaging, here’s a website I thought you’d like, check out this on Amazon. But what about guys who don’t have friends experiencing a similar situation?

A quick Google search reveals there are few recognised and popular groups out there to connect with. There’s no daddy equivalent of Mumsnet for example. So perhaps this is something I should be looking to exploit and make my money in. I should stop typing this right away and go about putting a business plan together. When do auditions for The Apprentice open?

The only real official support readily available is that information which comes through antenatal classes. We decided it might be a good idea to meet other people in our situation. And the professional help wouldn’t go amiss either. We decided to go for a group we found online called Expecting. Run by a network of midwives led by local lass Freya Mahal, they are informal sessions packed full of information and tips that focus on some key areas. They have classes spread around the Black Country and Staffordshire for you to sign up to. And you just find dates which suit your pregnancy and times – daytime or evening – which you can make.

There’s none of this breathing exercise stuff the stereotypes have you fearing. No practicing this, that or the other except some useful bits like how to set up your car seat safely or how to dress a baby that’s swinging arms and legs around like a Catherine Wheel that’s got loose on Bonfire Night.

It certainly taught me some things as an expectant dad. I now feel better prepared for what the labour process is going to be like and what I need to look out for so I know it’s time to get to the hospital. These classes won’t be for everyone of course. But for those who do want a bit of a pointer you can do far worse than give them a go. They can be found at expectingclasses.co.uk

Oh and guys – get ready to discuss a modern phenomenon. It’s called the ‘push present’. The ladies in your life may be requesting some pretty big things given the discomfort they are currently living in. So it may be time to get the wallet out.

I don’t think anything can quite prepare me for what will soon be happening in the birthing suite. All rules may fall by the wayside when things start progressing quickly. But I just keep my mind on one goal – that soon life will have a new meaning and it poops surprisingly regularly. 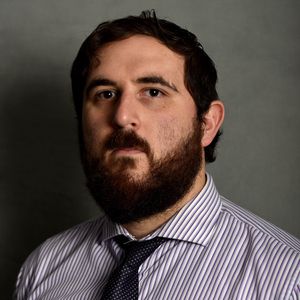