It was going to be quite a marathon – nine courses in a tasting menu. A marathon for the pair of us at our dining table and also for the chef and his brigade in the kitchen.

For not only was our banquet to be prepared but also for other tasting tables, a la carte dishes for other diners in Forelles restaurant and the full to capacity bistro at Fishmore Hall on the outskirts of Ludlow.

And a real test for chef Joe Gould to mastermind.

But from the moment we sat down I knew there was no need for concern as to the quality.

We started with the most mouthwatering canapés – Coronation chicken gougeres, so light in comparison to many others I have eaten, an unusual but highly successful squid ink tapioca crisp with smoked salmon and lemon curd, goat’s cheese and sage pesto cornet and pork crackling with apple and pink peppercorn sauce. So beautifully prepared and presented (I won’t use the clichéd phrase!) and I am sure very time consuming to prep, an absolute delight to start our first-time dining experience with Joe Gould who took over the burners at Fishmore Hall last autumn.

His CV is certainly impressive. He has worked at Coworth Park and Lainston House and joined Fishmore Hall from Ipswich’s Aurora Restaurant. He also enjoyed a stint as London Development Chef at Rhubarb Food Design, developing dishes for iconic venues such as Ascot, the London Eye and the Royal Albert Hall. Joe was also the winner of the prestigious Chaine des Rotisseurs UK Young Chef of the Year’ in 2015. Joe has launched a seasonally-inspired menu and revised opening hours. Now open enjoying a Monday, guests and locals will be able to dine in style from 6.30-9.30pm enjoying the hotel’s new a la carte menu. Fishmore’s popular Bistro menu is now available from 12-8pm every day, rather than just evenings and diners can choose from lunch, dinner or the hotel’s famous afternoon teas. The restaurant is also open on Sundays serving both a traditional Sunday Roast and the full Bistro menu, for those seeking a lighter alternative.

His philosophy on dining at Fishmore is completely customer focused. In Joe’s own words: “We listen, we provide what our guests want, and having won their trust in our abilities and standards, we can begin to excite.”

And so on to the main event. A selection of freshly baked bread arrived with a choice of butters . . . and for me one laced with that love it or hate it – Marmite! I hate it, usually, but mixed with the butter it gave just a hint of its earthy taste. I am not converted to raw Marmite but Marmite butter is another matter.

It was with some strength that we resisted emptying the bread basket, we had to leave space for the dishes to follow. And also the wine flight chosen to accompany each course (a taxi had been ordered).

Just a mention here for the waiting staff. Immaculately dressed, attentive without being overbearing and also very knowledgeable about each dish. I suspect chef Joe involves them when he creates dishes, inviting them to taste and comment and giving them proper knowledge to answer diners’ questions.

After the warm up on the starting line with the canapés and bread, on to the blocks and a slow and sure start for a pleasant amble to the marathon finish line.

Wild mushroom risotto was the first stretch which arrived with blue cheese, pickled walnut, beetroot and pear. Another unusual combination but what a winner. A Chenin from South Africa was the pairing, a wine which began a trip around the world’s vineyards and grape varieties and all spot on.

Into the first bend and rose veal arrived with sweetbread, oyster mayonnaise, watercress and lemon with a Pinot Noir Rosé from New Zealand. The tastes did not quite work, for both of us. To us the watercress, which we both actually like, added nothing to the delicate flavour of the veal but it did not spoil the dish as we just left it to one side.

Coming out into a bit of a straight was smoked eel with chicken wing, cauliflower, shallot, apple and wasabi. Now that was a perfect mix with a trip to Australia for an unoaked Chardonnay. Sorry not to go into more detail but space limits and you should really try the seasonal menu for yourself! Wood pigeon may not be everyone’s cup of tea, especially when served very pink, but for me it was velvety and tender and with damson, buckwheat, tatsoi and sage and onion, what a feast of tastes. It was over to Europe for a Rioja Vega from Spain, a velvety wine to go with the velvety meat.

On with what was a very comfortable and enjoyable marathon to dish number five – and the best cooked piece of fish I have had for many years. Cod served with bacon, lettuce, tomato and clams. Fish cooked just through, faintly rosé in the centre, firm and juicy. Back to the Antipodes for the wine here with a Sauvignon Blanc from New Zealand.

And we stayed in New Zealand with a Riesling for the next lap, Iberico pork with tabbouleh, palm heart, green peppercorn, hibiscus and sesame. It wasn’t over complicated with all those flavours and was a refreshing taste of the sublime Iberico pork from Spain.

Now here, it has to be said, the courses were not rushed one after another very quickly on to use. We were given enough time to savour each dish before the next arrived. And at this point we also asked for a little extra time before the final push into sweet delights. And what delights.

First was a combination of lemon, vanilla, honey, meringue, rosemary and gin and tonic – made for me. So zingy and zesty and a great refresher before heading into the second pudding of hazelnut with dark chocolate, coconut, amaretto, raspberry and basil. And let me tell you basil works a treat with chocolate and raspberries. Marrying with this was one of my favourite pudding wines, a Black Muscat from the US and namely the Quady Elyseum. Go on treat yourself when you next make a chocolate treat at home.

Here I have to say we had reached our own finish line, although not that of the menu. Cheese would have been a lap too far and we reluctantly gave up on the selection of British cheese with grape seed mustard, quince, apple and biscuits – and the Taylors Late Bottled Vintage port!

A coffee would be nice to finish off an outstanding meal, and indeed it was along with the petit fours that came as well. . .

The nine course tasting menu was £75 and with the wine flight £105. To be quite honest that was outstanding value. I have paid far more for similar tasting menus and this was the best alongside the Michelin-starred Hostellerie De Plaisance in St Emilion, where I did spend considerably more on a very special holiday.

I can be quite picky but could not fault the evening, from meet and greet, to pre-dinner drinks, to canapés, to the stunning food and very-well chosen wines. And the exemplary service. Vegetarians are well-catered for on the a la carte and also with full taster menus.

Fishmore Hall is a beautifully restored Georgian building and boutique hotel with a spa in a beautiful part of the country and with the historic and fascinating medieval town of Ludlow on its doorstep. My suggestion? Book yourself a room for the night, enjoy dinner and the restoring powers of the spa. 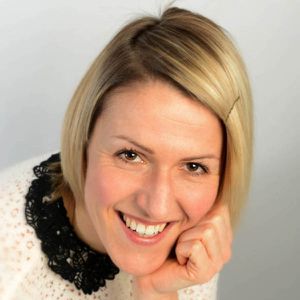