The future of the Ironbridge Power Station site was laid out as hundreds of people came to have their say on newly revealed plans. 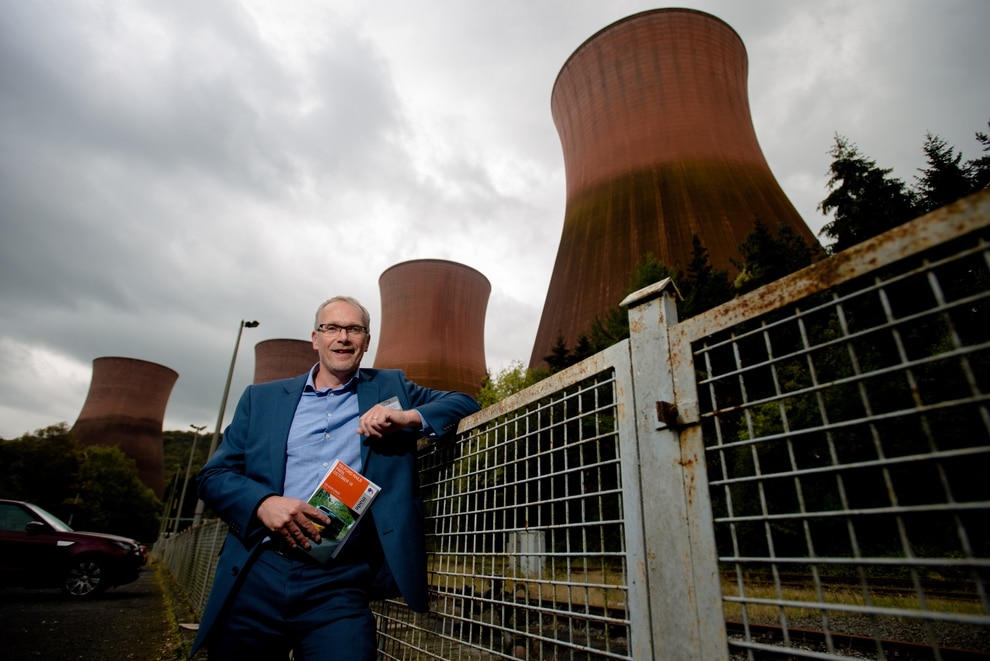 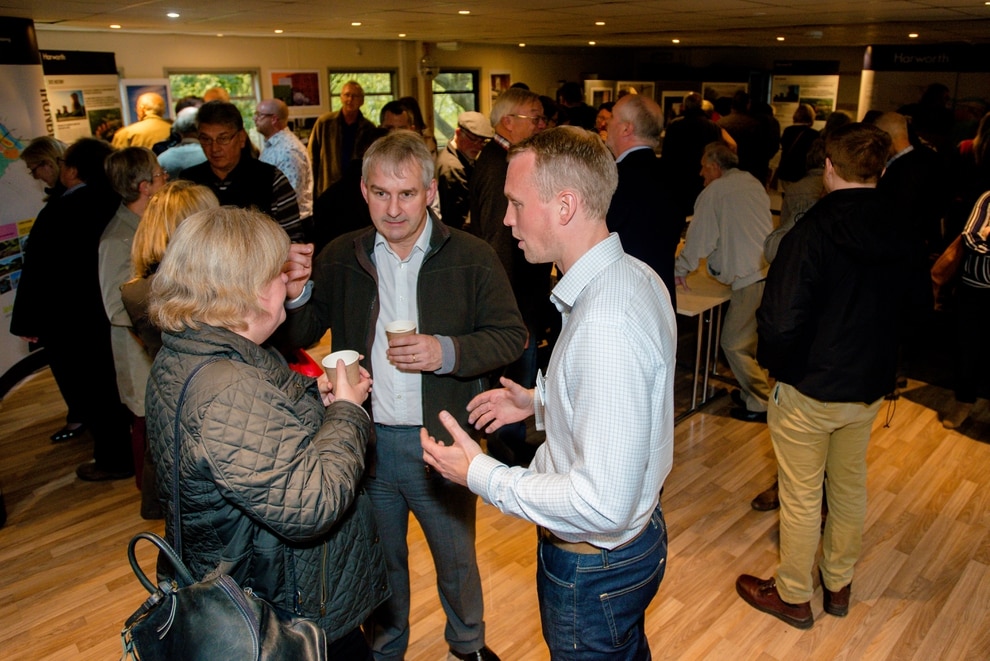 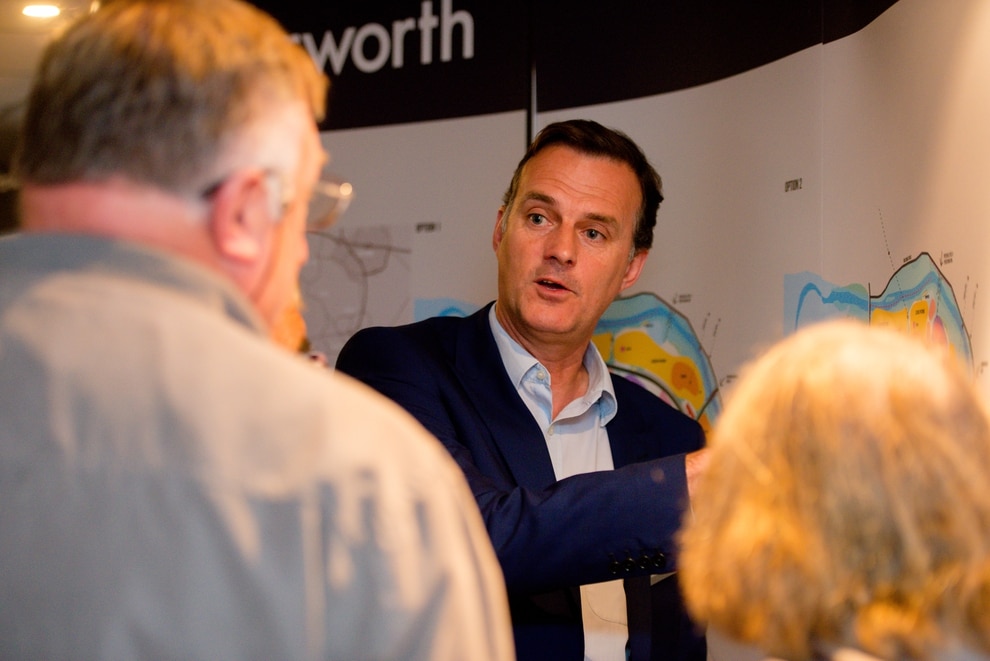 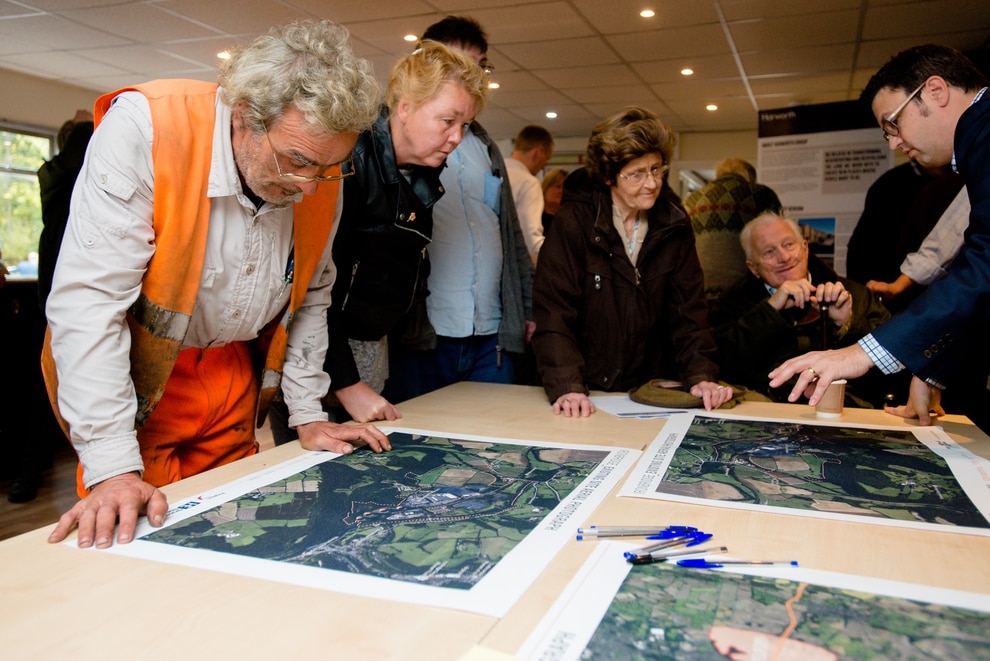 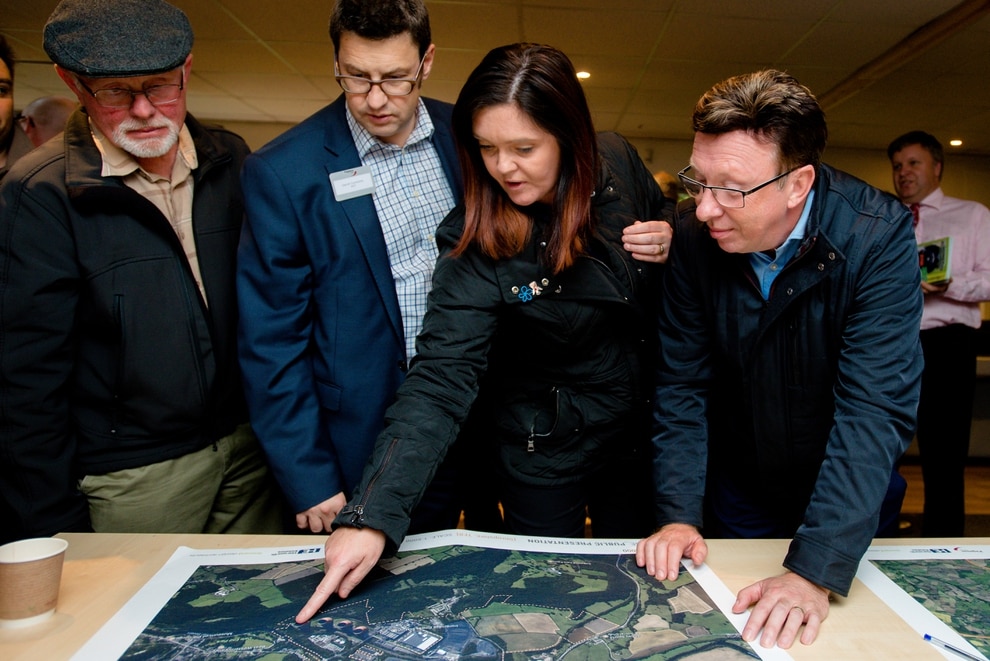 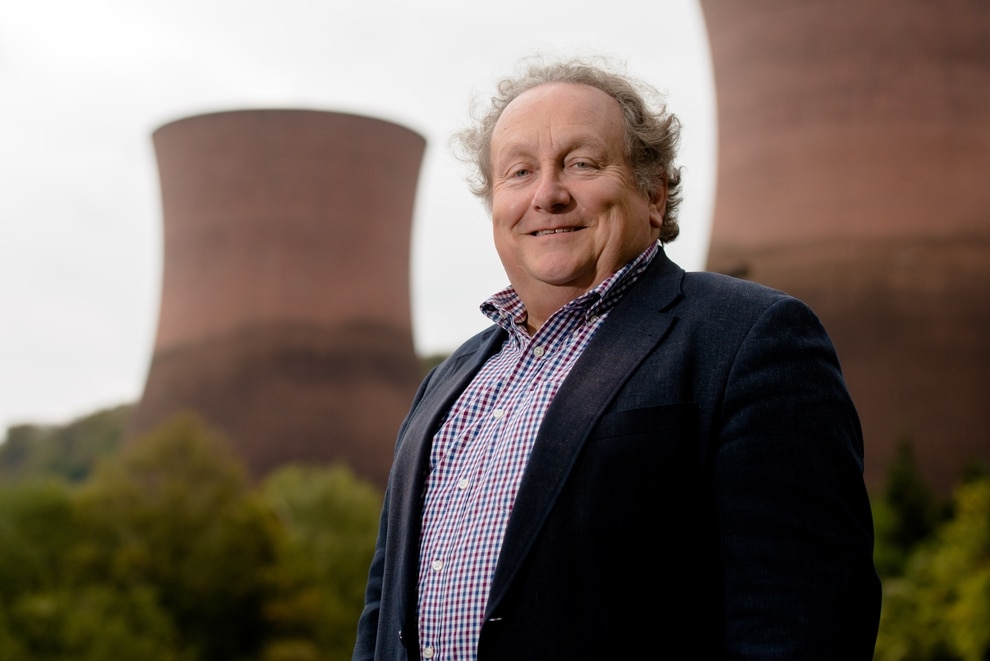 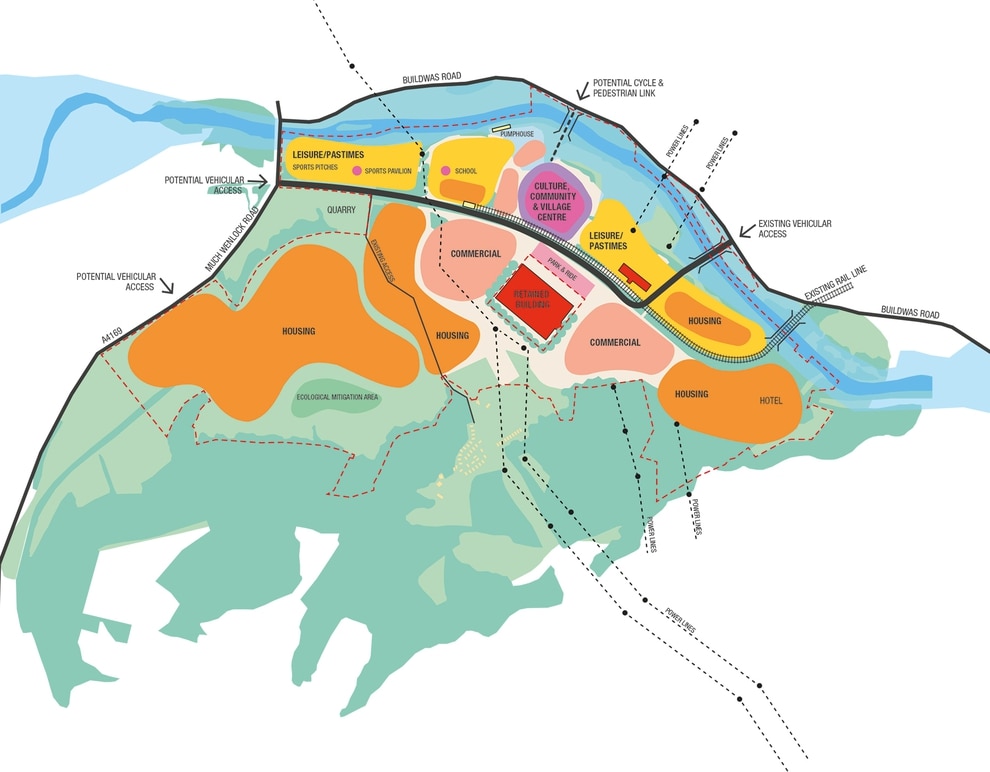 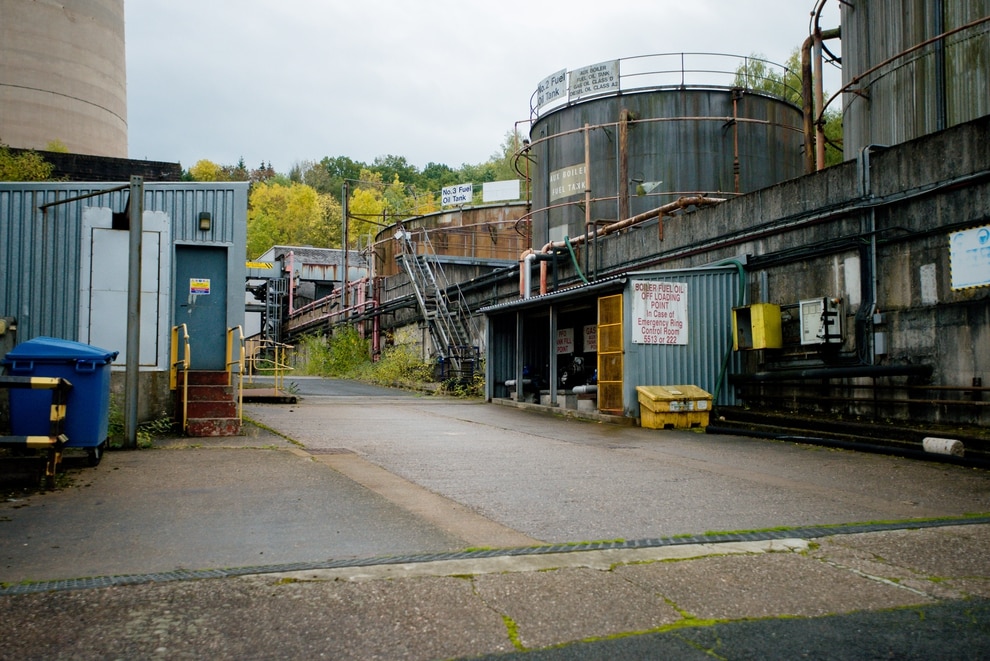 Inside the former power station

Two proposals for the site were unveiled, giving an idea of where hundreds of homes, leisure facilities, shops and a hotel could sit within the Gorge.

Demolition of the power station will take place over the next three years, including the iconic cooling towers. The full project will be finished within 10 to 15 years.

Hundreds of homes will be built, and could include retirement living, family housing, starter homes and a holiday village.

Other suggestions include a park and ride, a business hub, an art gallery and a farmers' market.

Site owners Harworth were quick to say that the plans are still in their early stages – and that they want local people to shape the future of the Gorge.

The proposals were put together based on a stakeholders meeting two weeks ago, when councillors and local business owners got to speak with people about their concerns.

And they are accepting feedback until the end of November.

Stuart Ashton, head of planning at Harworth, said: "This is very much the start of the process.

"Once we've got all the comment from people we'll bring those in, re-jig the master plan and then have some other event probably in Spring 2019 to share with people. The aim will be to submit a planning application in the latter half of next year.

The company already has permission to demolish the site, but a few areas must be protected.

One of the pump houses could be a restaurant and the A Station Bridge will be kept for pedestrian and cycling connection.

Existing tenants, including National Grid, will be also be staying in their current premises.

But apart from that the new site is a blank canvas. One thing seems almost certain – it is unlikely there will be yet another museum in the Gorge.

"We don't want to try and replicate what people have already got," Mr Ashton said.

"We've already got six museums here. Do we really want another one? Probably not.

"We've got to try and come up with uses that compliment what we've got, and part of the point of this event is for people to tell us what they've already got. A lot of people turned out, and they're not going to be slow to tell us what they really think."

Hundreds of people turned out to learn about the future of Ironbridge Power Station.

The number of people having their say was on track to break records for site owner Harworth.

But as well as looking at the future of the site, it was the chance to look to the past.

Many old workers came to revisit their old employer, and people were given the chance to tour the facilities and see the scope of the project. It was the first time visitors got to see two new proposals for the 330 acre site.

Over the next 10 to 15 years, almost everything that currently dominates the skyline around the power station will be knocked down and hundreds of homes, shops and leisure facilities will take its place.

Alongside the power station, there is also a former social club including redundant sports pitches, timber pavilion and golf course on the site, as well as borrow pits, pulverised fuel ash landfill waste tips and a rail siding to remove. It’s a big task for Harworth, and they want as many people as possible to have their say on the plans before work goes ahead.

Stuart Ashton, head of planning at Harworth, said it was great how many people had turned out.

“The vibes around it was that it was going to be popular,” he said.

“We don’t live locally, we’re based in Rotherham, so part of that is the two events we’ve run to get the information from local people.

“We did an event two weeks ago where we invited all the technical people to input into a first draft of the plan. They came for the day, gave up their time.

“We had councillors, Telford & Wrekin Council, Shropshire Council, environmental groups, wildlife groups and highway people. We got them to tell us their concerns and issues about the site and pulled them together.”

That feedback has been used to create two proposals featuring much of what people have asked for.

Hundreds of homes will be built, and could include retirement living, family housing, starter homes and a holiday village. Other suggestions include a park and ride, a business hub, an art gallery and a farmers’ market.

Although demolition could take up to three years to complete, people may start seeing things happening even sooner.

Mr Ashton added: “It will take two to three years for demolition, and then the whole project will be something like 10 to 15 years. But we don’t want to wait three years, we want to bring some phases forward. In terms of running a business we’ve got money going out so we want to get things away early to get money coming in.

“There will phases we can get away earlier.

“You’re probably 24 months away from when people can see things. Some activities, leisure activites, could start earlier.”

Councillor David Turner, who represents Much Wenlock on Shropshire Council, said: “At this stage both proposals could work.

“In terms of the housing it seems to be fine. At this stage there’s not a lot between the two of them.

“The site needs to be developed. The mix between commercial residential, leisure and green space is clearly something that’s up for discussion.

“My concern for Much Wenlock and for the road from Buildwas to Atcham is if there are 1,000 houses here, it means there’s two or three thousand cars.

“I’m concerned about the impact on my town and the surrounding villages during the commuting hours.”

The slogan is emblazoned on its website and it says it is a rule that will be followed as it tackles Ironbridge Power Station.

Harworth bought the Ironbridge site earlier this year for an undisclosed sum, and has been working hard on the plans ever since.

It has a long history of turning disused industrial sites into beautiful suburban towns, and these latest plans show the company is aiming to work its magic again.

Its previous projects include the former Orgreave Colliery in Rotherham, probably best known for the infamous pitched battles between police and pickets trying to shut down the coking works during the 1984/5 miners’ strike.

The site, which was once an industrial wasteland, now houses thousands of people, and by the time it is finished it will have a population roughly the size of Ludlow.

The business park on the site also now employs more people than the old coal works.

It is just one of a number of sites Harworth has bought and revitalised. Many are in Yorkshire. All are former industrial sites now being brought back into use.

The company’s property now stretches across 136 sites, covering around 21,000 acres of land.

It says that once all of their developments are complete, they will have built more than 18,000 homes across the country, and created 21.6m square feet of potential employment space.

Specialising in the regeneration of brownfield and coalfield sites, they mostly focus on the north of England and the Midlands.

Harworth will undertake the demolition of the former power station buildings including the cooling towers, although it’s likely that it could take a couple of years for the demolition to be completed.