When Abbie Bailey-Smith's father Stuart was diagnosed with late stage brain cancer, she could have been forgiven for taking things easy.

But instead Abbie and her long-time partner Jake Smith decided they would take a plunge and get married as soon as possible so that Stuart, 52, could be with them on the happiest day of their lives.

The couple, who are from Telford, managed to organise their wedding in just six weeks earlier this year and have since raised more than £4,000 for a brain cancer charity with various events.

They are showing no signs of letting up yet, and Abbie is determined to run the London Marathon next year in memory of her dad and to support a good cause.

Abbie, who works as a nurse at the Princess Royal Hospital, said: "Unfortunately in June 2018 my Pops was taken poorly, he was diagnosed with a terminal brain tumour.

"He fought hard for 10 months but in the early months of 2019 my partner and I of 10 years made the decision to get married so that my pops could be there.

"We booked, planned and threw a wedding party for all the family within six weeks.

"We got married in the yurt at the Wroxeter Hotel near Shrewsbury followed by a hog roast in the tipi. My pops was extremely poorly at the wedding but he made it and saw us get married.

"My pops just about made it, five days later we lost my pops. 2019 has been a whirlwind of emotions for my family and I, however I've set myself the challenge of running the London Marathon in April 2020.

"April 2020 will mark my first wedding anniversary and a whole year without my pops. But to pull some good from the situation I am running for Brain Research UK and plan to raise as much money as possible."

Abbie, 25, is taking her fundraising seriously and has already raised almost £4,500 for the charity. She intends to donate her wedding dress to a worthy cause as well.

The family recently pulled together a fundraising day in Madeley, with the support of Telford businesses.

Abbie said: "We had lots going on, lovely businesses had donated lots of raffle prizes and were present on the day. We had fun games such as a coconut shy, a buzz wire and a test your strength.

"We had a family friend, Andrew Lane, do a sponsored shave and have both his hair and beard shaved off, which he had been growing for three and a half years." Abbie with Andrew Lane, who had his flowing locks shaved for the charity appeal 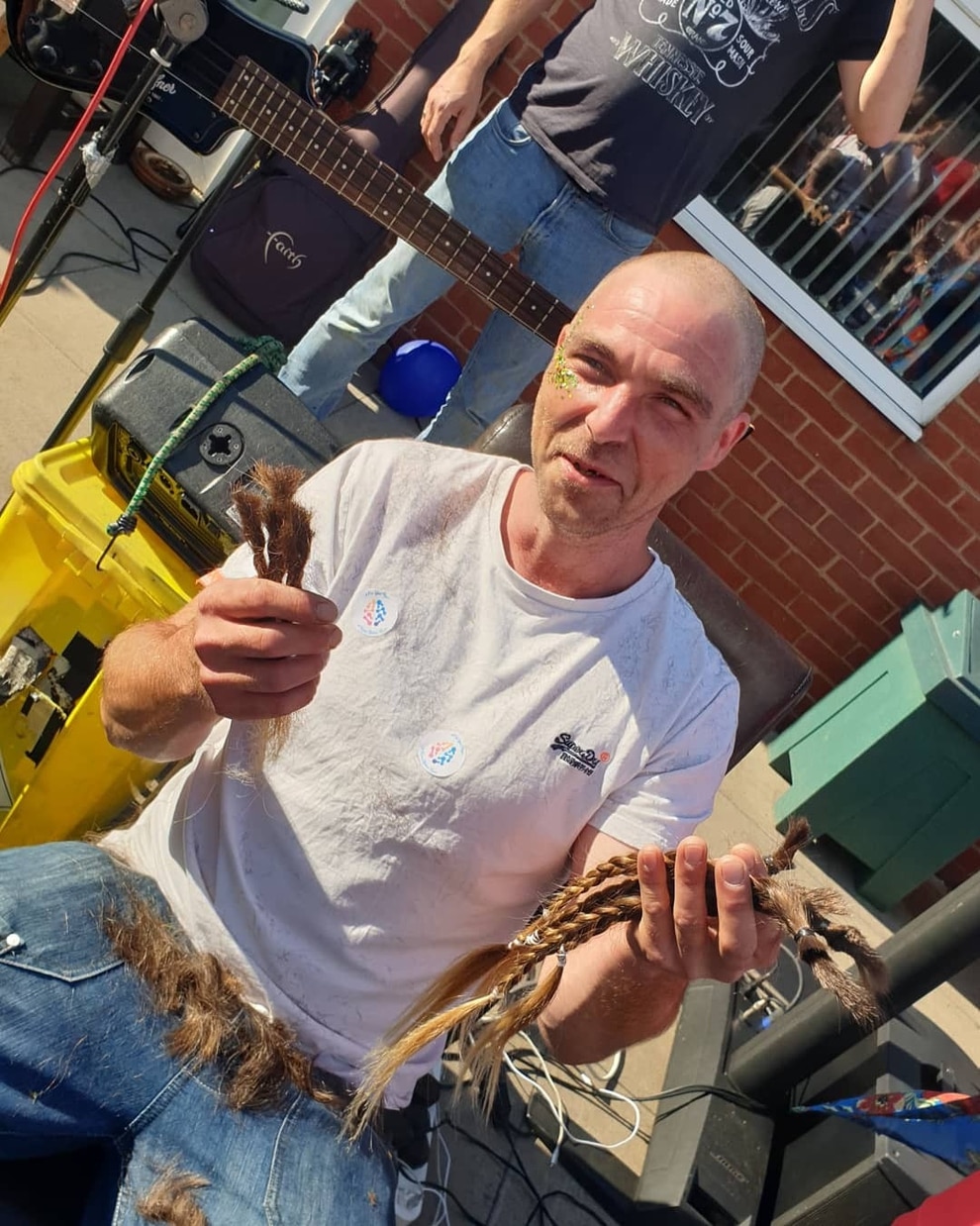 The fundraising day itself raised £3,883.66 for Brain Research UK, but Abbie donated £500 of that to the appeal for Shifnal woman Christel Callow to receive proton beam treatment for a brain tumour.

Andrew Lane's hair will also be donated to the Little Princess Trust to make wigs for children.

Abbie is continuing her training for the London Marathon next year, and recently completed the Lake Vyrnwy Half Marathon.

To donate to the appeal visit bit.ly/2ndS1VV