As Britain went to war, Shropshire fighter pilot John Hulton-Harrop posed with his colleagues for a photo. 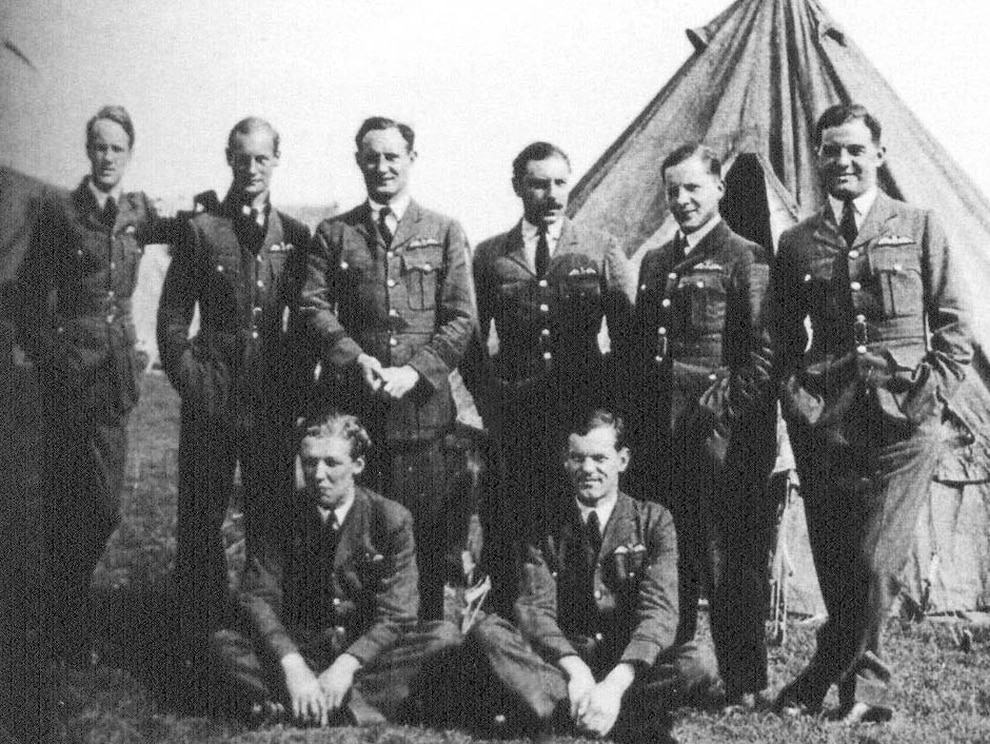 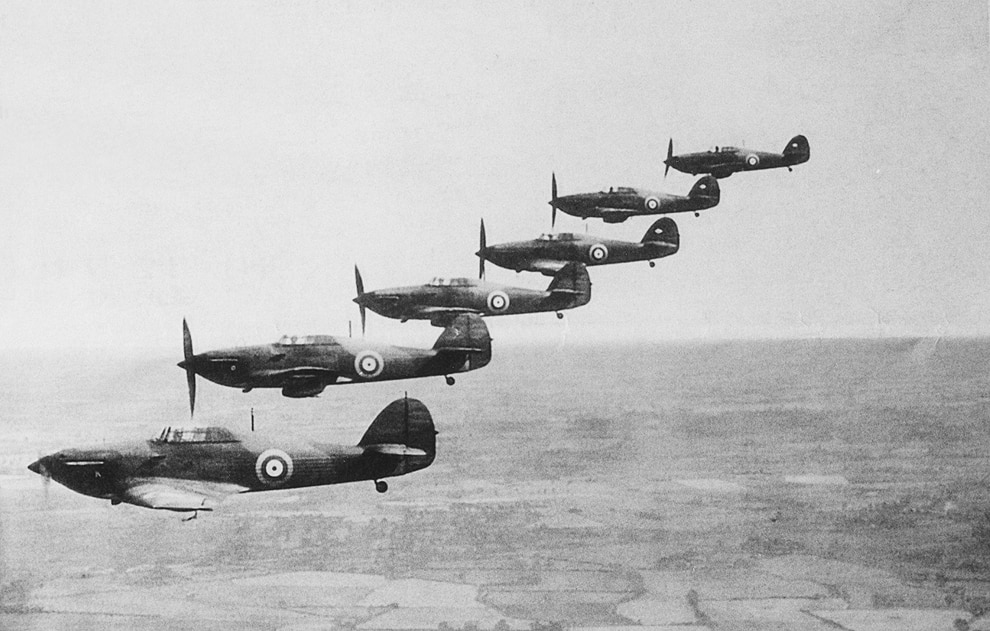 B flight of 56 Squadron in their new Hawker Hurricanes practising for the 1938 Empire Air Display. John Hulton-Harrop, of Betton Strange, Shrewsbury, is in the fifth aircraft from the camera. 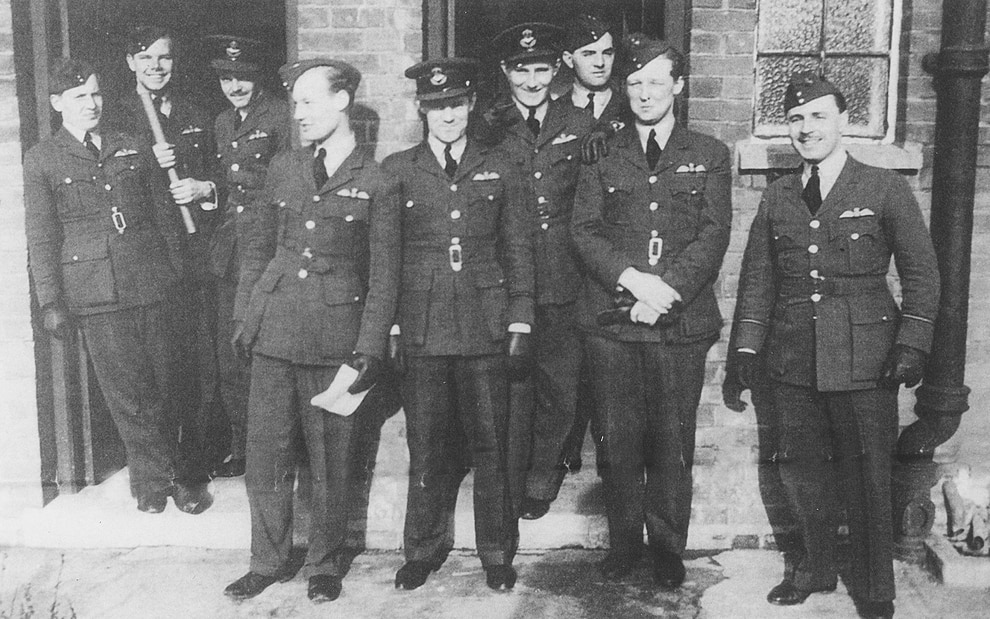 Three days later he was dead, the first operational casualty of Fighter Command.

And it was especially tragic, as he was shot down by his own side – his Hurricane was the first aircraft ever to be shot down by a Spitfire.

Pilot Officer John Hulton-Harrop, of Betton Strange, near Shrewsbury, was killed on September 6, 1939, in an episode which became known as The Battle of Barking Creek, in which two Hurricanes were shot down by Spitfires which had mistaken them for German aircraft.

Hulton-Harrop's engagement to be married had been announced only a week before his death.

His grave is at St Andrew’s Church, North Weald, Essex, not far from North Weald airfield from which he had taken off on his last fatal flight.

Inscribed on the gravestone is: "In loving memory of John, 'Gone to the singing and the gold, beyond the end'."

John, as he appears always to have been known although his first names were Montague Leslie, was the eldest son of Captain Cyril Charles Montague Hulton-Harrop, who had won the Military Cross in World War One.

The Hulton-Harrops were a distinguished Shropshire family with a strong tradition of military service.

John and his brother and sister Paul and Pat, were born at Mare Hay, Gatten, in the shadow of the Stiperstones. A fourth child, Robert, died as a baby.

He was educated at Shrewsbury School, leaving around 1929.

One of his 1930s friends in Shrewsbury was Kenneth More, later to become a famous actor, but who back then was working at the Sentinel Works in the county town.

Seeking to join the RAF, Hulton-Harrop and More presented themselves to the Air Ministry in London. John was accepted, More was turned down.

John was posted in 1937 to 56 Squadron, which became only the third fighter squadron in the RAF to be equipped with the Hawker Hurricane monoplane fighter.

John must have cut a bit of a dash. He had a Lagonda, and later a Frazer Nash. He was one of the pilots picked to fly at the Empire Air Day in 1938.

On the outbreak of war, his desire to get in on the action may have contributed to his death.

He was not one of the 56 Squadron pilots scrambled following reports of unidentified aircraft approaching from the east. But he and Tommy Rose, perhaps motivated by a desire not to miss out, grabbed a couple of spare Hurricanes and took off to join the fray.

At that stage of the war Hurricanes had no armour plating, and Hulton-Harrop was hit in the back of the head. His aircraft was seen to drop in a gentle glide, crashing at Hintlesham, near Ipswich. Rose was also shot down, but survived.

The Spitfire pilot who shot down Pilot Officer Hulton-Harrop was John Freeborn who, with another Spitfire pilot, was court martialled, but exonerated.

The tragedy had been a result of a combination of mistakes and misunderstandings which led to a shake-up of Fighter Command procedures.

Freeborn went on to have a distinguished RAF career, becoming an ace and being awarded the Distinguished Flying Cross and Bar, which signifies a second award of the same medal. He rose to the rank of Wing Commander.

John’s brother Paul also served as an RAF pilot. He was shot down in his Hurricane over Holland on May 11, 1940, and spent the rest of the war a prisoner.

Sister Pat Hulton-Harrop married an Australian pilot, John Harry Chisholm. Squadron Leader Chisholm was killed in action on September 16, 1944, while flying with 157 Squadron, which was a Mosquito night fighter squadron. His name is commemorated on the Runnymede Memorial for those airmen who have no known grave.

The truth is out there – are we looking for it? Britain 'could be running secret UFO study'