Dual the A5 campaign: Shropshire MP Owen Paterson in talks with transport minister

Transport minister Jesse Norman has been briefed about the need for the A5 through Shropshire to be dualled.

North Shropshire MP Owen Paterson met the minister to discuss the problems on both the A5 and the A493 in the county.

Following the meeting Mr Paterson said: "The minister stressed that support from Midland Connect and the Welsh Government is vital for successful bids for funding."

Shropshire Council experts are working on a bid for funding from the Roads Improvement Stragety for work on the A5 between Shrewsbury and the Welsh border at Chirk.

There is also a move to win 'pinch point' funding for a bypass for the A483 at Pant and Llanymynech.

The Shropshire Star is urging the public to get involved in the call for improvements by signing up to its Dual-It campaign.

Our petition, which has more than 5,000 names, will be handed over to the government in the coming weeks.

It is not too late to sign the petition and let us know your experiences of the trunk roads.

Alternatively sign the petition at Oswestry Town Council's headquarters at the Guildhall in Oswestry. 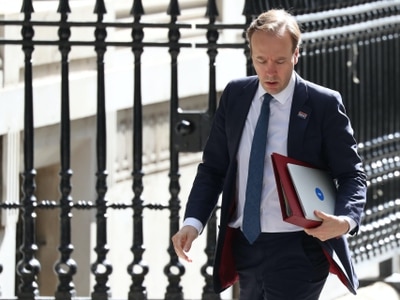 Hancock has ‘quite significant concerns’ about Leicester clothing factories