The number of calls to the RSPCA reporting air gun attacks on animals in Shropshire has more than doubled over the past five years.

The RSPCA received six calls about air gun attacks in Shropshire in 2012, compared to the 13 they had last year.

The charity is now backing calls for stricter regulations around the use of air guns, following the introduction of legislation in Scotland which now means that anyone with an air gun must have a licence.

Dermot Murphy, assistant director of the RSPCA inspectorate, said: “It is a depressing fact that every year hundreds of victims of air gun attacks are reported to the RSPCA.

“While wild animals are often victims, the most targeted animal is domestic cats that often suffer fatal or life-changing injuries.

“We receive hundreds of calls from devastated cat owners every year after they discover their beloved pets have been shot. Often it isn’t until the x-rays reveal the pellets still lodged in the animal’s body that it becomes clear what they have been subjected to.

“It often leaves the victim with life-changing injuries, such as the lost of an eye, or even requiring the amputation of a limb. In some tragic instances, the injuries even prove fatal.

“It is difficult to understand how anyone could carry out these mindless attacks on innocent animals and We are backing calls for stricter regulations around owning an air gun.

“This, along with better education and explanation of the law when buying an air gun, and requirements that everyone must receive basic safety training before being allowed to walk out of the shop could help relieve the problem.”

Last month a family of ducks were shot with an air gun along the Shropshire Union Canal in Market Drayton.

And in March a cat was shot twice with an air gun in Royal Oak Drive, Leegomery.

A cat also had had to undergo surgery after being shot at with an air gun in Weston Rhyn, near Oswestry, in December last year.

This is set to be topped in 2017 however, with 471 calls received by the RSPCA by the end of June, with six months of the year still to come.

In Shropshire the RSPCA has already received five calls this year and 45 recorded over the past five years.

The penalties faced if caught deliberately using an air gun to injure an animal can be up to six months in prison and/or a £20,000 fine if found guilty under the Animal Welfare Act.

Incidents in which an animal has been shot or targeted by someone using an air gun should contact the RSPCA’s national cruelty line on 0300 1234 999. 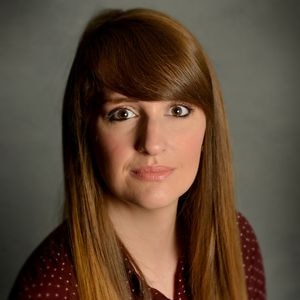 Controversial railway footbridge near Craven Arms given the green light

Johnson: If Putin were a woman he would not have started Ukraine war