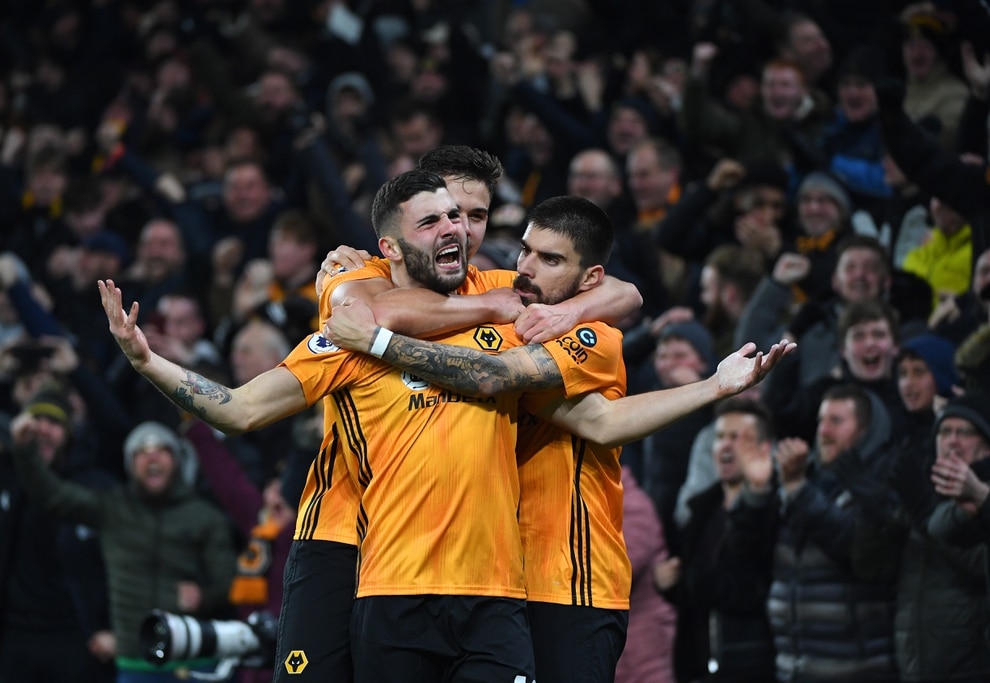 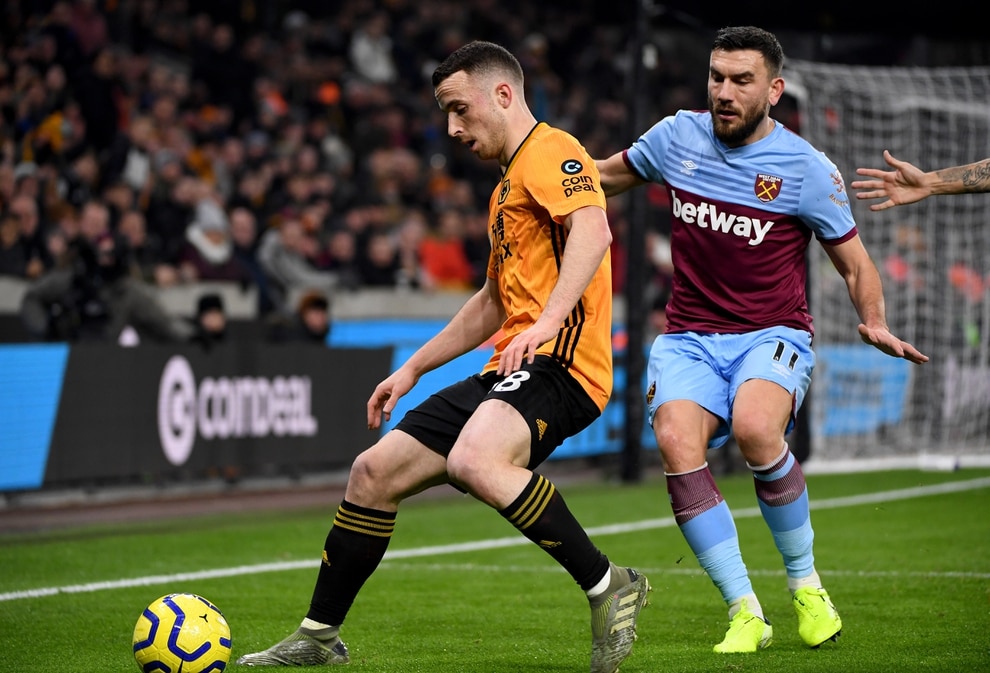 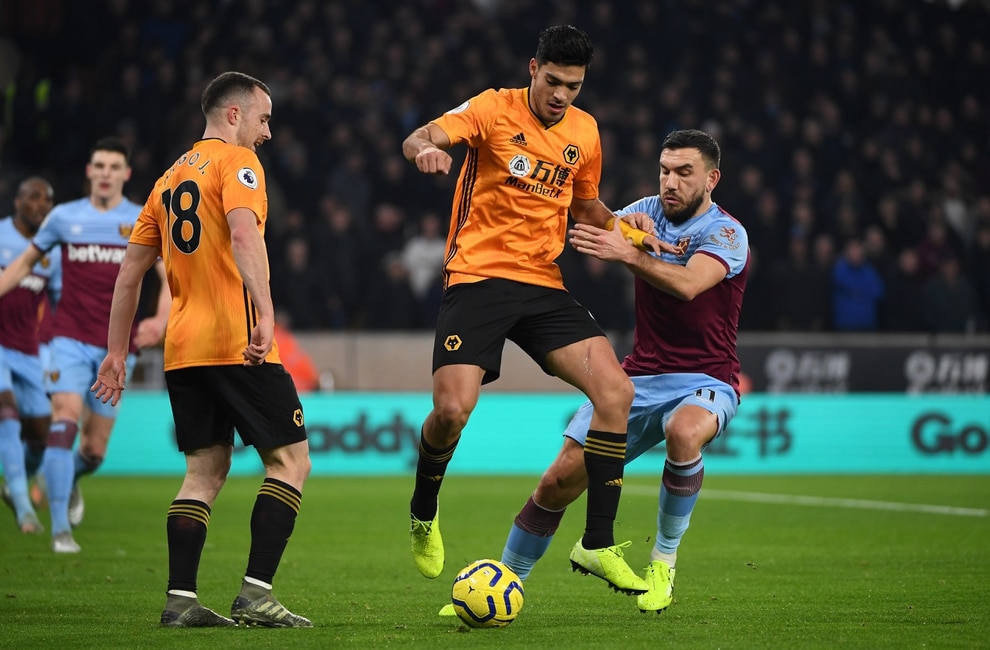 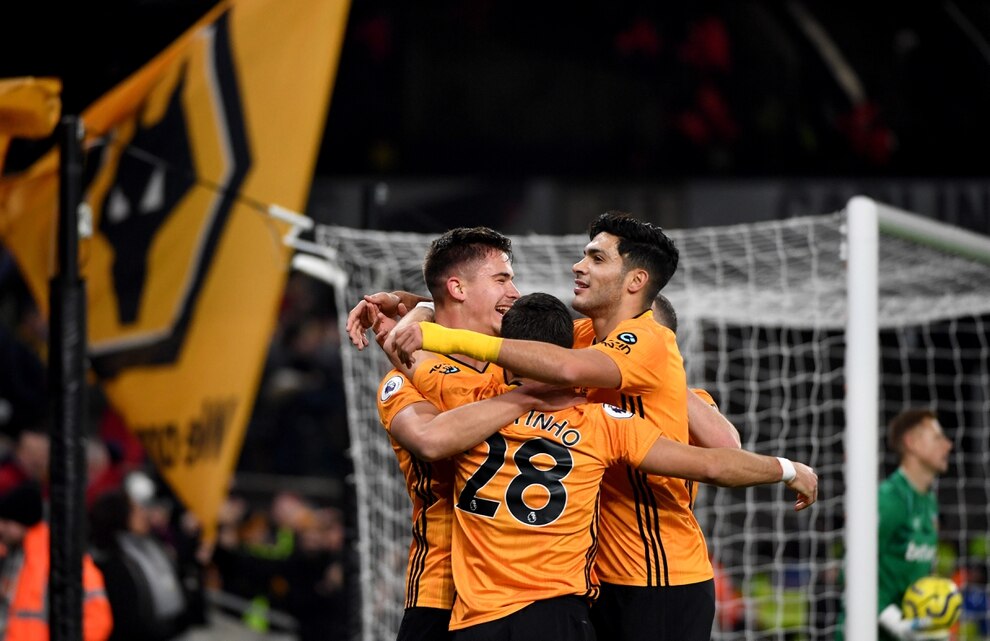 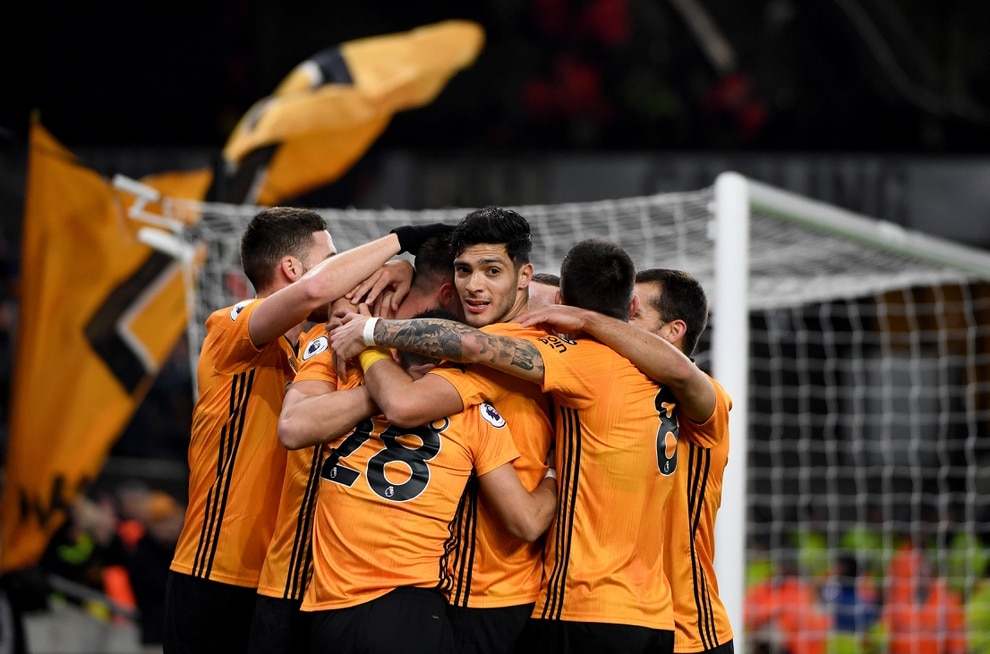 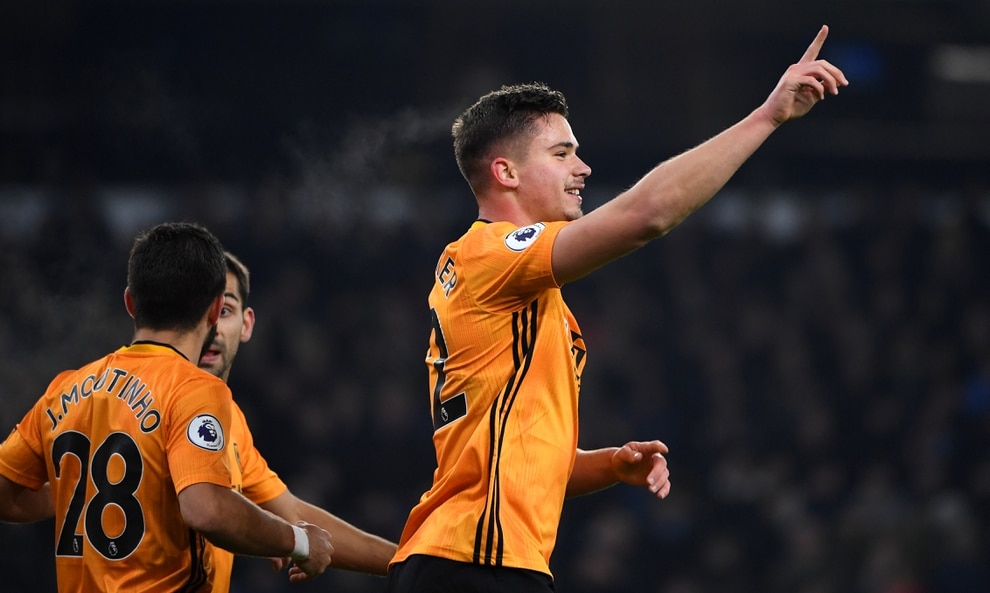 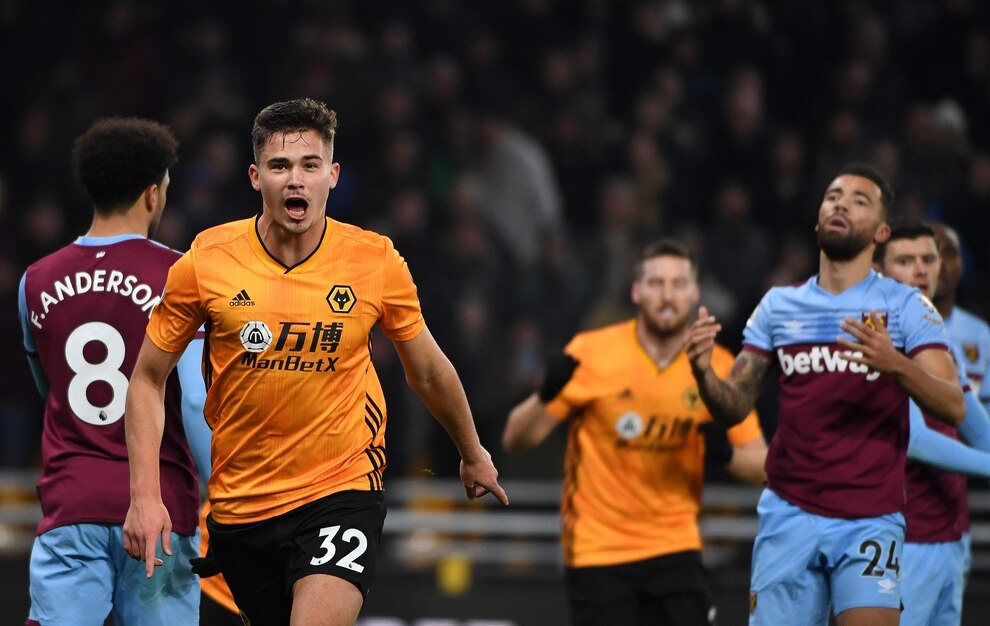 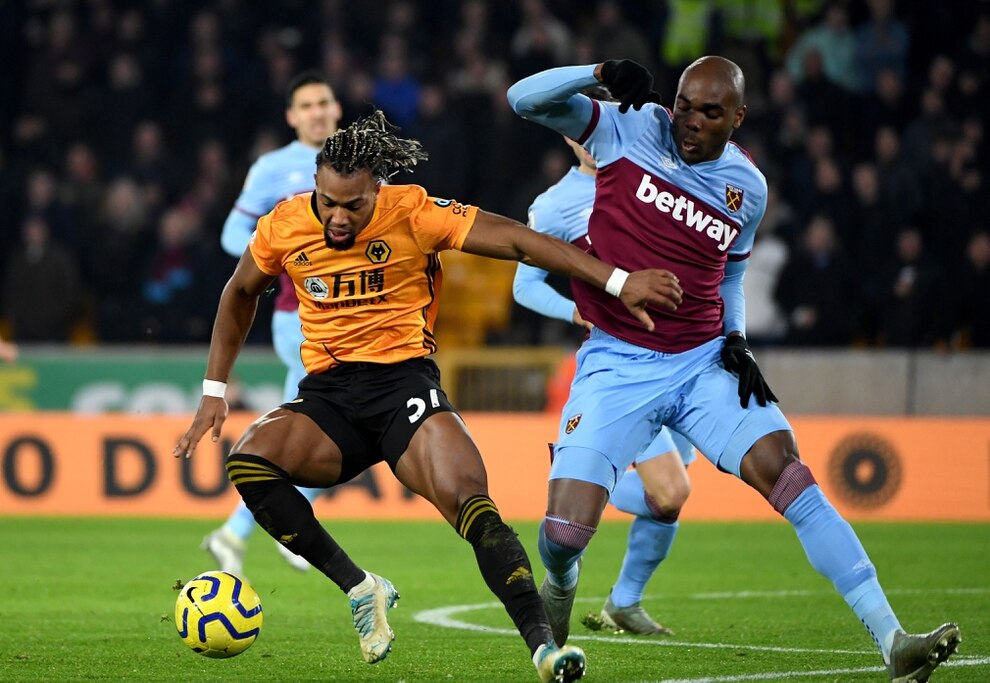 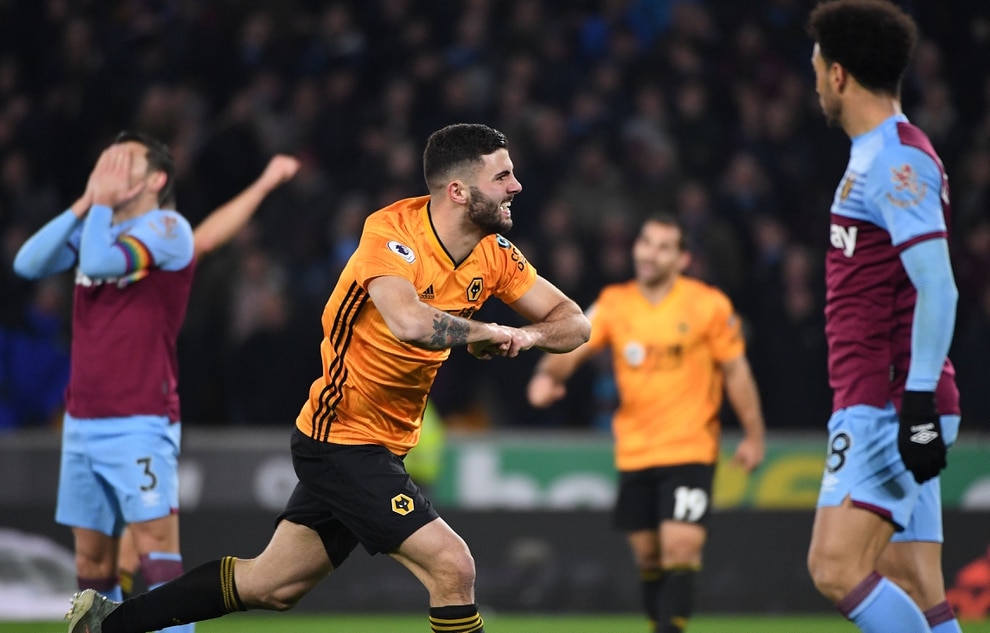 Leander Dendoncker had sent Nuno Espirito Santo’s side en route to another three points in the 24th minute.

Wolves made it 10 unbeaten in the top flight for the first time since 1972 after Cutrone secured the three points late on.

He’s had just 32 minutes of football in November for Wolves, but after biding his time on the bench he took just two minutes to net his third of the campaign and push his case for more game-time.

The pure emotion on his face as he wheeled away to celebrate with the South Bank said it all with the rest of Wolves’ forward men unusually wasteful.

Nuno made one change from the side that drew 1-1 with Sheffield United on Sunday.

Romain Saiss, back from a one-match suspension, replaced Max Kilman in the back three.

The start of this campaign has highlighted the continued improvement of wing-wizard Adama Traore and he put in another impressive performance, lighting up the right flank in the opening exchanges.

The attacker has found consistency on the right of the front three, but for all his hard work they could not find a way past the Hammers early on.

However, the beauty of this 3-4-3 formation is that when a side pushes over to try and stop the speedster, it opens up the opposite flank.

The Wolves pack might not have been able to convert his right-wing crosses, but they found their bite on the left.

In-form forward Raul Jimenez’s effort was just diverted over the bar after he had pounced on Diogo Jota’s cross from that flank.

The keeper helped West Ham to a 1-0 win over Chelsea on debut at the weekend, but the Belgian ensured that perfect record did not remain intact at Molineux.

Wolves’ forwards might have brought the fancy footwork, but they beat Martin in the simplest of fashions.

Wolves have been wasting their corners of late, but Joao Moutinho whipped in a tantalising ball from the left that dropped perfectly for the midfielder-turned-centre-half. Dendoncker brushed off a lacklustre showing against Sheffield United to outmuscle his marker Ryan Fredericks and poke the ball into the corner.

But it was an improvement across the board by Dendoncker as he made some key interceptions and blocks to keep the Hammers at bay.

Wolves keeper Rui Patricio has flown under the radar this term due to the form of Traore and Jimenez, but he showed his world-class ability as the half drew to a close.

He was on hand to stop Declan Rice’s header and make a fine fingertip save to tip away Pablo Fornals’ curling effort.

And as West Ham pushed forward in search of a leveller, the gaps appeared for Wolves to attack.

Jota has not scored since September and stung Martin’s palms as he looked to end his goal drought. Moutinho also fired wide as Wolves ended the half with a deserved 1-0 lead.

They pushed forward after the break, with Jota and Jimenez creating chances.

The wideman whipped in a delightful cross that was just nodded over by Dendoncker and then surprisingly found himself through on goal minutes later.

Jimenez had released him with a perfectly weighted pass from the right, but Otto was stopped by Martin, who then looked to pull him back as he tried to meet the follow-up.

Referee Andre Marriner waved away Wolves’ penalty claim as they looked to put the game to bed.

But the Hammers were not dead and buried and if not for the quick-thinking of Patricio, they would have been level.

With Dendoncker pre-occupied with a claret and blue shirt, Snodgrass snuck in unnoticed on the right flank to sprint unmarked towards goal. But Patricio raced off his line and slid across the ground to whip the ball away from the feet of the Hammers man.

Wolves were clearly the better side, but that chance showed the vulnerability of the 1-0 scoreline.

Saiss nearly marked his return to the starting XI with a goal, but he nodded a Moutinho corner from the right millimetres wide of the right post.

Jota made way for Pedro Neto as Nuno refreshed his forward pack for the closing stages. But it was still the Jimenez and Traore show, as that reshuffle gave them a fresh impetus.

Jimenez saw another effort batted away by Martin and Traore continued to be a thorn in West Ham’s side on that right-wing.

Aaron Cresswell was beaten for pace once again and cynically chopped the Wolves winger down as he breezed past and threatened to put in another dangerous cross.

It saw Cresswell’s name etched in the referee’s book and another dead ball opportunity for Moutinho.

The Portuguese maestro whipped the ball in and Saiss got ahead of the pack, but his header just flew past the left post.

Neto was left screaming for handball after his dink looked to have been stopped by Fredericks’ arm just outside the box. Marriner was not interested in Wolves’ protestations, but that did not deter Nuno’s men.

The Wolves boss sent Cutrone on for Jimenez in the 84th minute and the striker marked his return to the turf by hitting the back of the net.

Otto had galloped forward once again and despite being pushed off balance by the Hammers he managed to tee up Neto, who fed Cutrone. The Italian picked his spot and fizzed the ball into the bottom left corner as Wolves finally wrapped up the three points in the 86th minute.

Ryan Bennett made his return from a groin injury to replace Traore as Nuno’s men shut up shop and cruised to another three points.