Shrewsbury Town exit was a shock to Danny Coyne

Danny Coyne has revealed he has been left shocked and saddened by his Shrewsbury exit.

The long-serving goalkeeper coach had his seven-year Town service ended after being told by boss Sam Ricketts there were no coaching roles available.

Boss Ricketts is bringing his own staff in having already appointed No.2 Graham Barrow and fellow Welshman Coyne says he understands that decision.

But Coyne, who initially joined as a player in 2012 before taking on a goalkeeping coaching role a year later, feels it is ‘a shame’ he could not say farewell to the staff and fans.

“It is a very sad goodbye leaving a fantastic club,” said Coyne, who was made first-team coach after Ricketts’ arrival.

“It is a shame that I was unable to say a farewell to all of the supporters and staff at the end of the season. The manager’s decision came as a great shock and after talks he made it clear that no coaching roles would be available to me as he wanted to bring in his own staff.

“As you can imagine this came as a huge disappointment. However, I can understand as a new manger he must do what he feels is right and I depart from the club under good terms.”

Former Wales international Coyne, who lives in Shrewsbury, wanted to thank fans for their support and kindness.

“Shrewsbury is a lovely place where I have made many great friends and have been made to feel so welcome that I have actually made it my home,” he added.

“Following nearly seven years at Shrewsbury Town I leave with many fond memories and would like to take this opportunity to say a big thank you to the chairman, chief executive, all the staff but most of all the fans for their support and kindness, and wish them all the very best for the future.”

Former Town loan star Dean Henderson, who worked under Coyne when he was goalkeeping coach, commented on social media that letting Coyne leave was a ‘big mistake’, while Jayson Leutwiler, Craig MacGillivray and Steve Arnold also posted messages of support. 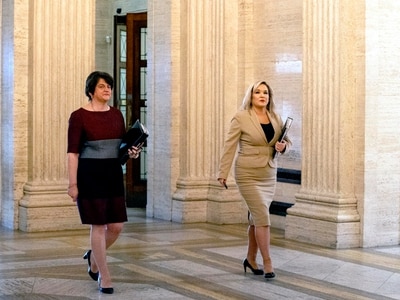