Tight finish is in store for Shifnal

“It’s absolutely crazy, I’ve never known anything like it,” he said. “I thought last season was tight but the number of teams separated by a few points is unbelievable.

“Even Kenilworth who are bottom are only a win behind, so they are certainly not out of the reckoning.

“Every point becomes so important. I know it’s a bit of a cliché but we have to make sure we battle for every point, whether that’s bowling or batting for a draw.

“It is set up perfectly for the league and should be a brilliant second half to the season.”

Shifnal take on the table-toppers without Chad Brandrick, who has suffered a broken finger.

They are also without former skipper Tom Collins and pace bowler Alex Wyatt.

Berkswell are 24 points clear of Shrewsbury, who will be hoping for a favour from their county rivals.

“They are up there at the top ahead of Shrewsbury and the best side in the league,” added Murrall.

“Fair play to them, they will come with seven or eight current or ex-professionals. To stand any chance of getting a result, we will have to be somewhere near our best.

“We have to play them at some point and I think we are more ready to compete now than we were when we faced them on the opening day.” 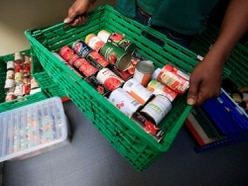