Calls have been made for Shropshire Council to end its contract with its highways maintenance team.

It comes after the council announced it is currently in the middle of spending £7 million of government funding on repairing potholes.

Councillor David Vasmer has called on the council to note the record of both contractors and consider taking on the work itself.

The motion went to a meeting of full council on Thursday, with members agreeing to ask scrutiny committees to look at the situation.

Councillor Peter Nutting, council leader, said: “It has been something we have been complaining about for many years.

“No matter who the contractor is, we moan about them doing a bad job, simply because we ask them to do so much.

“There is not an infinite pool of money. I would love to be able to say, let’s put more money in this pot, but I can’t do it at the expense of something like adult social care or children.

“I think we can ask scrutiny to take a look at the performance and we can see if there are problems and what can be done.”

Councillor Vasmer said: “Since April 2018 the service provided by Kier has not delivered the improved services we were promised, and in some cases is now worse than that provided by Ringway.

“Councillors of all parties have found it very difficult to get essential highway repairs done.”

He called on the council to conduct an urgent review of the current arrangements for highways maintenance and whether the standards set out in the contract with Kier are being met.

He also asked to include, within the review, options for the council to take over functions from Kier and bring services in-house at some point in the future.

Shropshire Council emphasised earlier this week that it is currently spending the £7 million on pothole repairs given by the Department for Transport in a move that was revealed earlier this year.

“This £7m of funding is helping us to maintain a large number of roads and tackle a great deal of potholes across the county, and people will see significant improvements to many local roads as a result.”

The money was given late last year the work was finished in May. 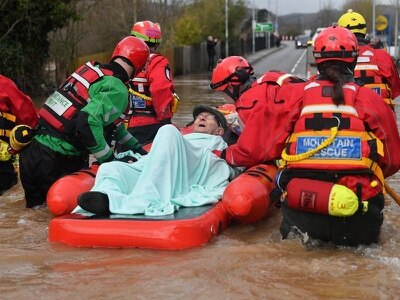