A new dual carriageway linking the M54 and M6 would take three years to build costing £200million, the Express & Star can reveal.

Highways England wants to build the link road from J1 of the M54, Featherstone, to J11 of the M6, for Cannock, to ease congestion on surrounding A-roads.

Public meetings will be taking place at:

The planned link road will be built through countryside to the east of Featherstone and Shareshill.

It will take around 22,000 vehicles off the A460 - which runs between Wolverhampton and Cannock - each day and also ease congestion on the A449 and A5, a Highways England spokesman said.

Residents have aired concerns as the dual carriageway will run across farm fields and close to homes currently located in green spaces.

Senior project manager Graham Littlechild said everything will be done to 'mitigate' the effects on local communities.

This will include installing noise-barriers and planting hedgerows and trees.

Highways England first drew up plans for a link road in 2014 and looked at a number of ways to build one.

This version is seen as the best option.

Mr Littlechild said: "We feel confident these plans will take the most traffic directly onto the link road.

"The A460 comes off the M54 but there us no high-speed northbound link to the M6 or M6 toll. There is a need for a better link road.

"At the moment traffic use the M6 and M54 in general. Around 26,500 vehicles use the A449 each day, that is far more traffic than it should be allowed to take."

WATCH: What the new M54-M6 link road could look like

Highways England wants to submit a planning application to the government's Planning Inspectorate, based in Bristol, by early 2020.

The government office will then exam the plans for around 16 to 18 months before making a recommendation to the Transport Secretary - who will make a final decision on the project. The final say should be made in 2021.

The current roundabouts at J1, M54, and J11, M6, would be rebuilt and expanded to take on more traffic. But this would cause disruption to traffic in the construction process.

"The roundabouts will be much larger and with the construction we hope to keep traffic flowing," said Mr Littlechild.

As part of the project, two new bridges would be built on each motorway at their respective junctions. At the M6, each carriageway would have four lanes.

Mr Littlechild said: "Most of the (planned) link road is out of the way and away from the existing A460.

"There will be some disruption but we are looking at the contractors reducing disruption to traffic as much as possible.

"We will be looking at mitigating disruption for the local community as best as possible.

"We will be putting noise barriers, planting hedgerows and new trees (near the route) and two new woodlands.

"This link road will reduce noise and improve air quality."

In September, South Staffordshire MP Gavin Williamson said he will be taking up concerns of residents with Highways England.

He said this link road is one that has been 'long needed' but there were concerns about the 'noise pollution and the proximity of the road to homes'.

If the project was to go ahead, the link road could be built by 2024.

Mr Littlechild: "We are looking at the project costing somewhere around £200million. It would take about three years to build." 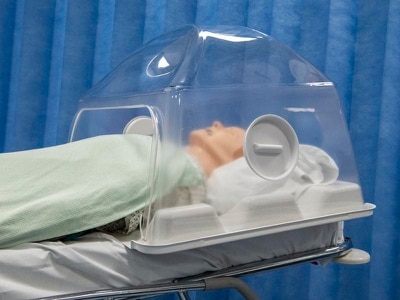