Frankly, it seemed a long shot when we asked if readers could supply any information about this photo taken in Oswestry over 100 years ago which we published in our Pictures From The Past slot. But they could – and have. 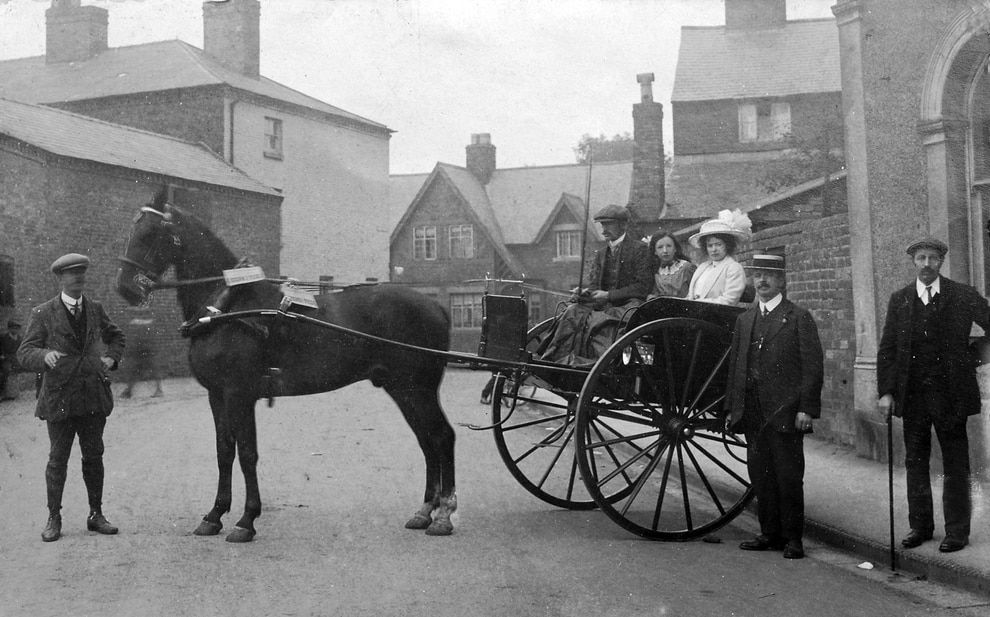 Coachbuilder George Rogers, in the straw boater, showing off his latest product. 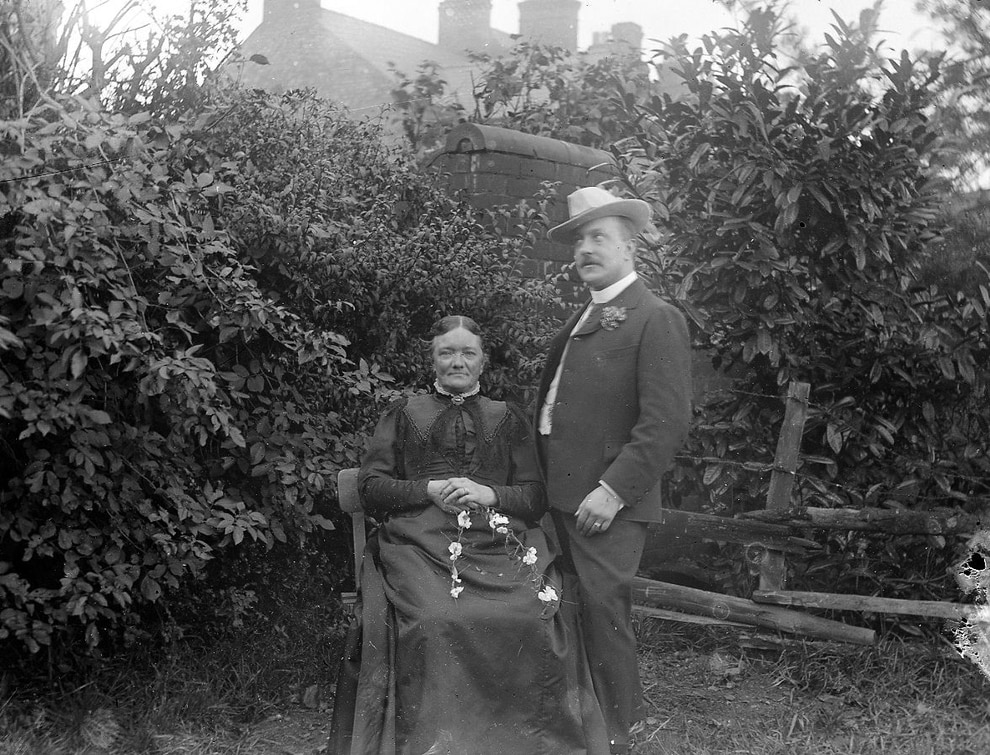 George with his wife. 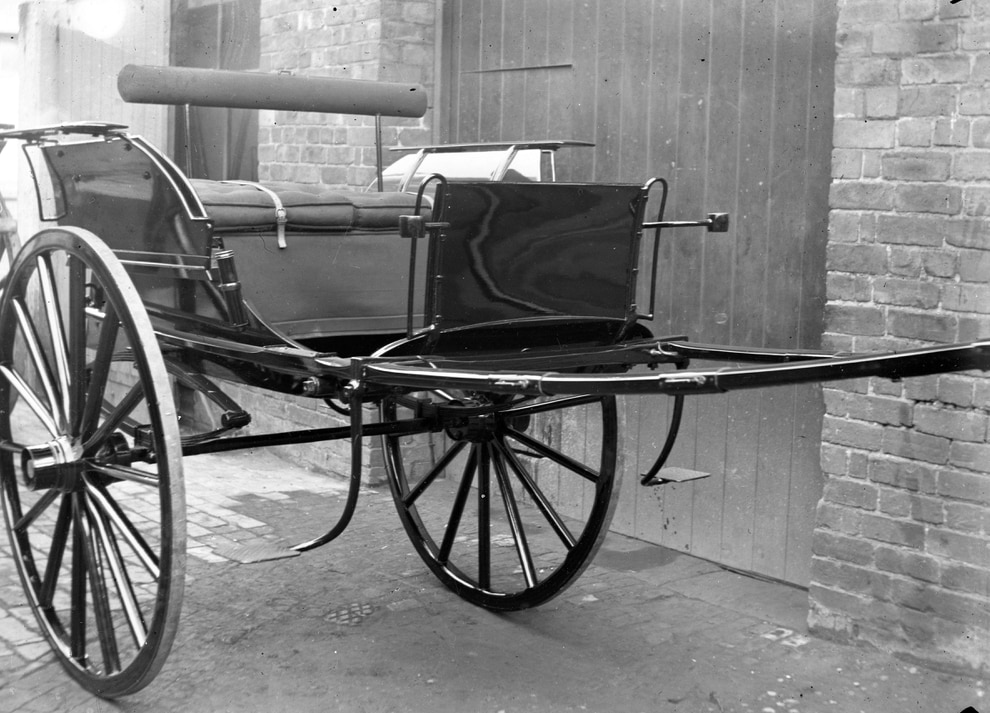 This picture from John Powell's collection shows a similar – or perhaps even the same – trap as seen in the photo. 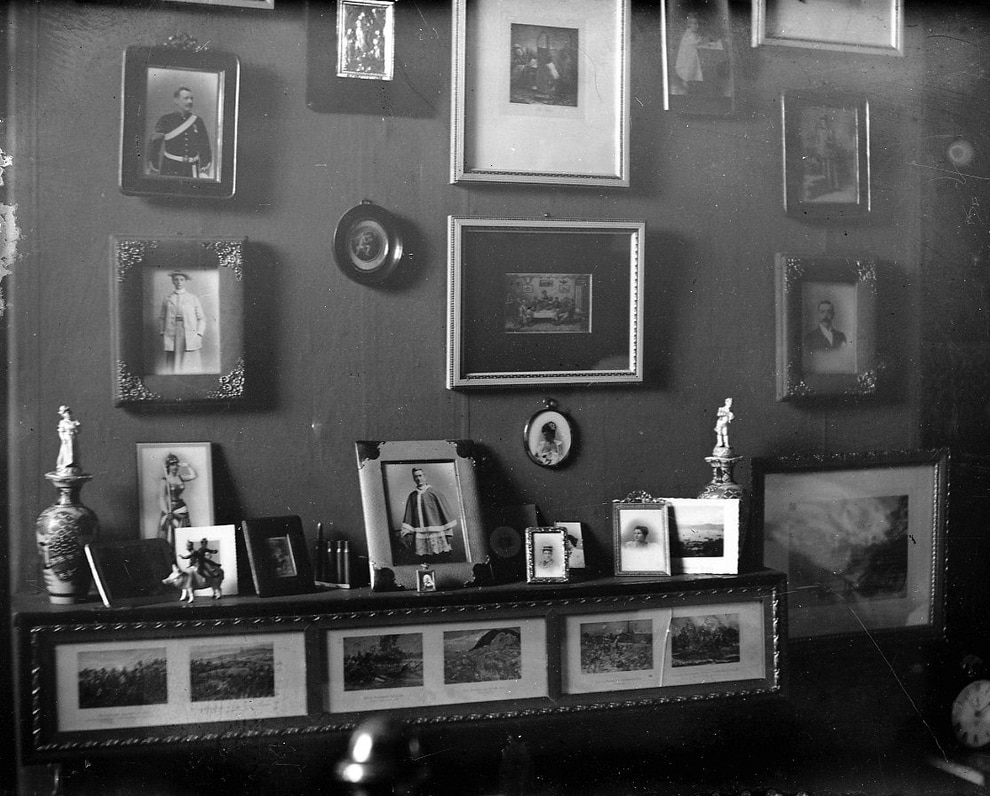 A photographic glimpse into George Rogers' Oswestry home early in the 20th century.

The picture is an old postcard from the collection of Ray Farlow of Bridgnorth and the only real clue was a note on the back in what looks like a contemporary hand saying "Sept 19th/13 at Oswestry, Salop."

So September 19, 1913, then, although we couldn't pinpoint any particular event in the town which might tie in with the picture.

But we had a rapid response from John Powell of Oswestry, with the added bonus that he has a number of pictures in his collection, scanned from the original glass plate negatives, which are directly relevant, including one which shows a similar or perhaps even exactly the same carriage.

"The picture you published was of George Rogers who had a coach building workshop in Oswestry," said John.

"George is wearing the straw boater hat, showing off his latest product.

"The photograph was taken in Welsh Walls, Oswestry, facing towards Willow Street. The building in the distance and centre of the picture is 82-86 Willow Street and was my office until 1990 when I sold the business.

"The building on the left has gone – replaced by a footpath and car park – but the light-coloured building in front of it was the White Lion public house, and now used as offices.

"The workshop was on Oswestry Horsemarket (now a car park) and was situated in the area now used by Oswestry Town Council to store the market stalls. Mr Rogers' home was adjacent to his workshop on the Horsemarket."

Thank you too to Neil Morris of Whittington who also pinpointed the location.

"The photograph is on Welsh Walls, as it enters into Willow Street," he said.

The only event Neil could find which potentially tied in was the opening of St David's Church in Welsh Walls in 1913 – he was not sure of the exact date – and he imagined they were going to the church.