Chalets were a riverside escape

For years folk from the Black Country used to take a break from their urban lives to spend time relaxing in the Shropshire countryside by the banks of the River Severn – albeit not far from a coal mine. 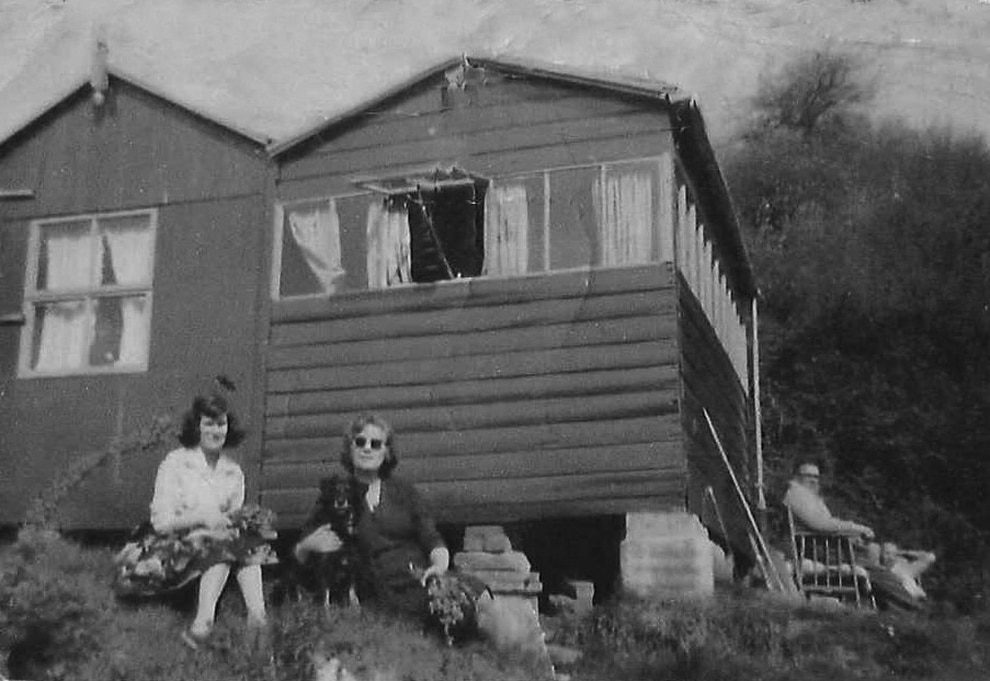 The wooden chalets were used by holidaymakers from the Black Country. Young mum in the sun. And now a history project is trying to find out more about those holidaymakers of yesteryear, some of whom are captured for posterity in old black and white images which were found in a box in the loft of the Visitor Centre of Severn Valley Country Park at Alveley.

Those visitors stayed in wooden chalets on the site of what is now the country park. The Severn Valley Lives in the Landscape Project is aiming to capture the memories of lives spent living and working in the Severn Valley and, while it has been able to tap in to the memories of miners and local people, a missing piece of the jigsaw is the holidaymakers.

Sarah Croft, project officer, said: “We’re really keen to find out who used to come and spend time on the banks of the River Severn in these chalets. We know from local villagers that people used to come from the Black Country on weekends. What we don’t know is who those people were and what it was really like.

"We know from one local resident that some of the surnames of these people were Miller, Carter, Giles, Stevenson and Pickens.

"The cabins were certainly there from the 1920s to 1930s onwards. There were roughly 10 of them. I’m not sure if they were rented or owned – the land used to be owned by the Hallclose Farm estate, so I would imagine rented.

"They were very close to the spoil heap from the coal mine, so the movement of the ground caused them to become unstable. As to whether they were demolished or just left to fall is unclear. The Highley Mining Company/Coal Board did buy land in the area to expand the spoil heap, so it could be that they were just left unused once the land was purchased. I'm not sure of an exact date for that, but I think the 1950s.

"There were stone cottages which were nearby called Wood Cottage, also known as The Boathouse, and Potters Loade. These were permanent residences and rented from the Hallclose estate."

In 1938 Alveley colliery opened not far from the chalets. After it closed in January 1969 the colliery site at Alveley lay derelict until 1986 when a project was launched to create Severn Valley Country Park which saw the reclamation of the land. The park opened in 1992.

Sarah said: "I’m not sure whether there was anything other than just foundations of the cabins left when the country park reclamation work began in 1986. They were all close together on the edge of Hallclose Coppice, the woodland which is still present on the site. Some were close to the river bank, others were a little further up the hill towards Alveley.

"The photographs were in among a box of photos we have of the park through the years which had been sat in the loft at the Visitor Centre. I’m not sure where they originally came from."

Sarah is appealing for anybody who recognises anyone in the photographs, or knows of friends or family members who used to come to these cabins, to get in touch with her on 01746 781192 or by email at sarah.croft@shropshire.gov.uk.

The Severn Valley Lives in the Landscape Project is supported by the National Lottery Heritage Fund, Shropshire Council, and The Jean Jackson Charitable Trust.

Trains taking to the tracks on Ironbridge line for 'final time'