There are 12,000 pipes to remove, restore and replace. That creates a giant jigsaw puzzle for experts in charge of the project to restore a Shropshire organ that dates back to the early 1800s. 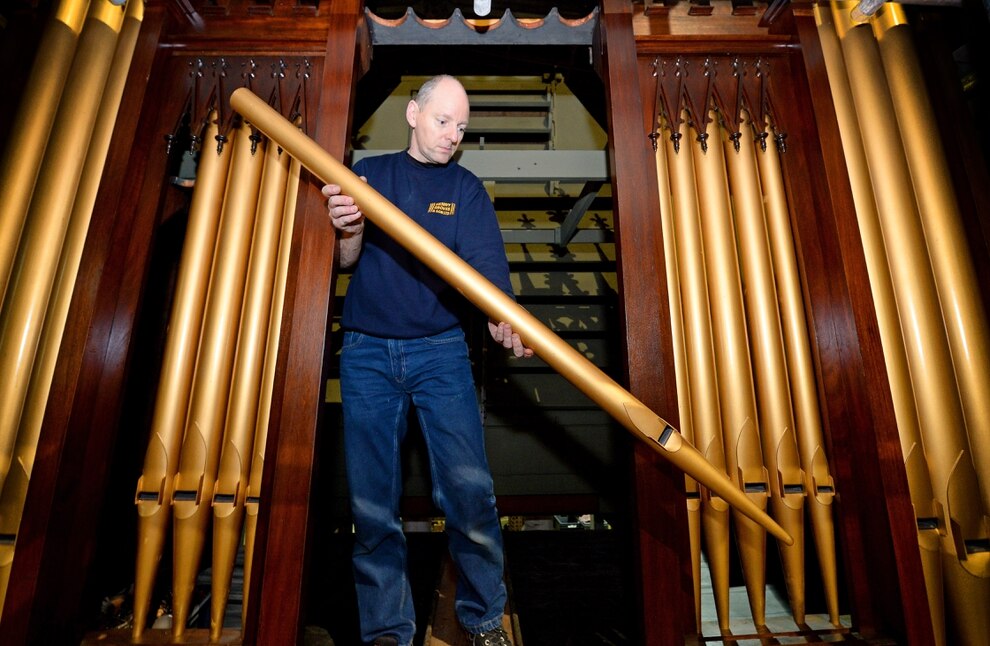 Where does this one go? Organ builder Jonathan Wallace gets to work on an historic church organ in Shifnal that dates back to 1811 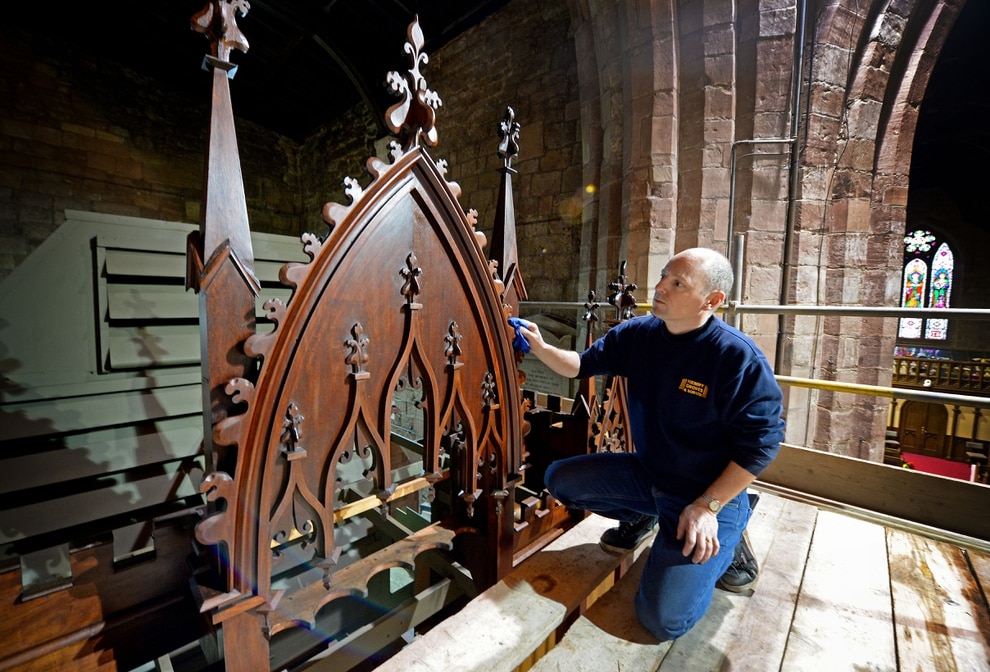 Pipe organ builder Jonathan Wallace, who is painstakingly rebuilding the organ which dates from 1811 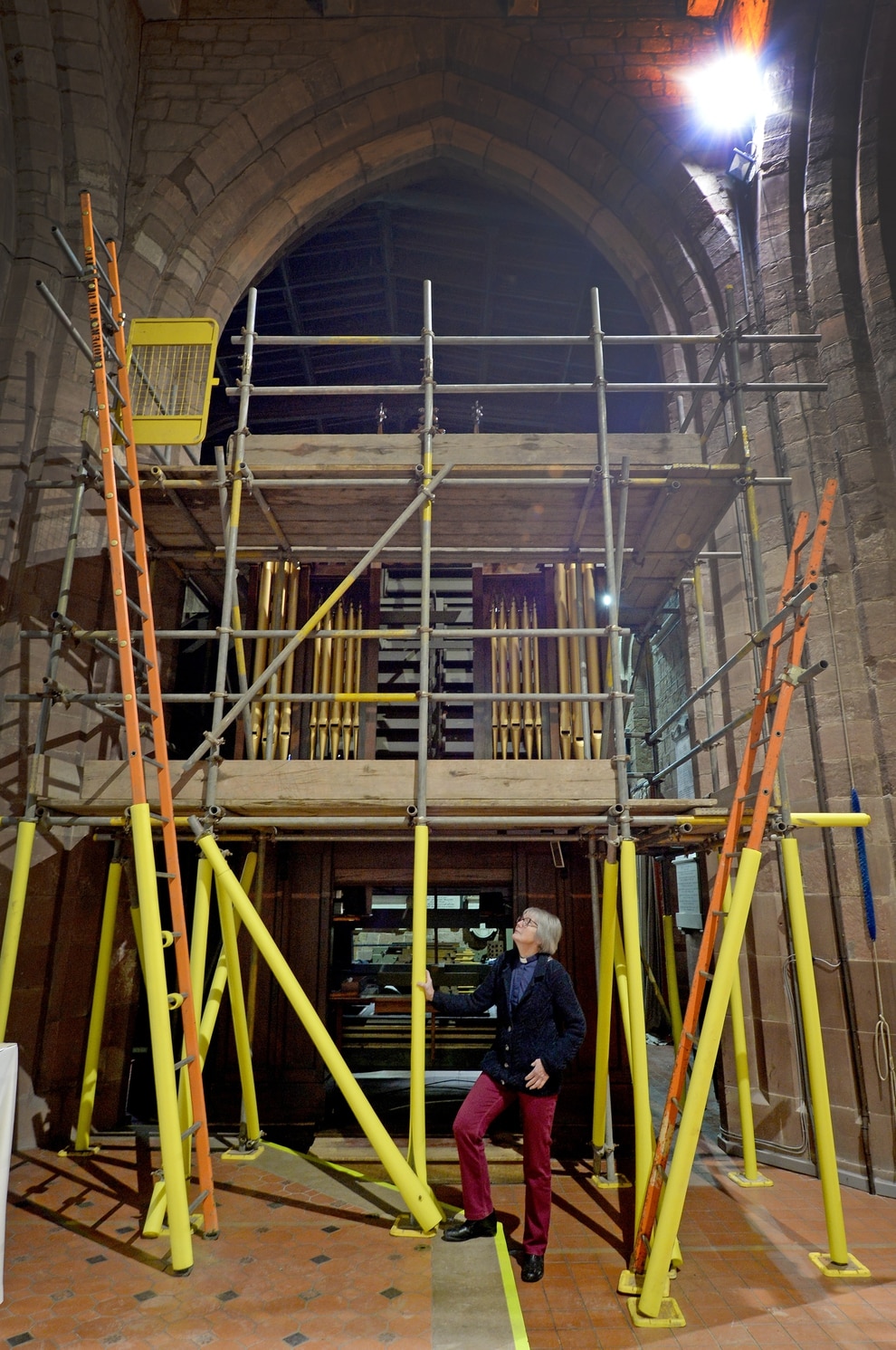 The project at St Andrew’s Church in Shifnal is a real town effort, with a series of fundraising events organised to raise the £60,000 needed. The organ was installed at the church back in 1811 and has been serving town congregations ever since.

It is being dismantled piece by piece to allow restoration work to be carried out.

And the plan is to have it back in full working order around Easter time.

Church vicar Reverend Chris Thorpe said: “We have had fantastic support from the whole community across Shifnal. Without their hard work this would not have been possible. It was hard work but that work is now paying off.”

All 12,000 individual pipes of the instrument will be disassembled, cleaned and refurbished before being reinstalled one by one.

Rev Thorpe said the amount of funds needed to be raised initially led the clergy to consider alternative options.

He said: "At one point we were overwhelmed by the size of the task for raising the money so we began to look at what it would cost to get an equivalent electric organ.

"It came in at about £38,000 but only had a predicted life of about 25 years, so it made more sense spending £60,000 every 50 years – plus the sound from a proper traditional pipe organ is absolutely beautiful."

Scaffolding three storeys high was erected on Monday so workers could treat and polish the mahogany case, which makes up a significant part of the estimated £750,000 organ.

Mr Thorpe added: "We are entrusted with a Grade I Listed building. The organ put into it in 1811 is a remarkable instrument and we've also been entrusted with caring for that historic instrument.

"Part of our commitment is keeping restored and in good order some of the treasures of this town and I think a lot of people within the community would say the church and organ are some of the most significant."

Throughout 2019, townsfolk in and around Shifnal came together to raise the tens of thousands of pounds needed.

"We had fantastic support from the whole community. Shops had collections and people ran loads of fundraising events," Mr Thorpe added.

"It was hard work but we managed it, and that work is now paying off as the people on site have stripped down the organ to its bare shell.

"They've taken apart every single component, including 12,000 separate pipes which are now stacked in various parts of the church – prep work in workshops has been going on for months."

Out of action since October last year, the organ is set to be used in a summer concert, where guests will be invited to play recitals to mark the tuneful return of the cherished instrument.

Overnight closures to hit the M54

30 jobs under threat as Shifnal firm told to leave