Ambulance service 'on brink of collapse' and approaching 'Titanic moment'

West Midlands Ambulance Service is on the brink of the collapse with its nursing director complaining he "cannot carry on visiting families trying to explain avoidable deaths".

Mark Doherty even pinpointed a date, August 17, as the service's "Titanic moment" when ambulances will not be able to pick patients up.

Patients suffering from heart attacks, strokes and blood clots are "dying every day" due to ambulances being stuck outside hospitals for several hours, he said.

An emotional Mr Doherty told the WMAS Trust meeting on Wednesday: "The issue is immediate and urgent. We have been raising this issue for several years.

"I spent most of the last two weeks visiting families where we caused harm. I can't carry on doing that, and I am not willing too. Someone, somewhere has got to stop this happening.

"We cannot carry on as an NHS causing patients harm. Some die; I can't carry on trying to explain something that is avoidable."

The majority of serious incidents logged led to a patient's death, the meeting heard.

A sombre WMAS Trust board meeting laid bare the crisis, with several directors describing how patients were either dying or having their recoveries reduced due to the delays.

Those in ambulances waiting outside hospitals have paramedics at hand but those people at home who are waiting are also in danger.

Director of nursing Mark Doherty explained that as well as those patients dying in ambulances those being rushed into hospital with heart attacks and strokes are affected.

He said: "We are not even measuring the impact on those patients getting delayed care for heart attacks and strokes, this is reducing life expectancy and recovery rates.

"Patients are dying every day that shouldn't be dying every day. Their deaths are entirely predictable, and of a scale that means we need to be taking this really seriously."

In April there were 17,795 lost hours due to handover delays of over 30 minutes which is the highest number of lost hours ever experienced by WMAS.

The meeting heard that some patients were being forced to wait in the back of ambulances for 24 hours before being admitted to hospital, and that serious incidents have quadrupled in the past year, largely due to severe delays.

WMAS Trust non-executive director Mushtak Ahmed said: "There are compromised clinical outcomes for our patients. This is a chronic, long-standing problem which has been escalated in the last year. I worry in the future we will be asking ourselves what we could have done differently."

The meeting was told that morale among paramedics who are used to being out responding to incidents is rock bottom, as due to the delays they can never finish on time and can spend an entire shift with one patient sitting outside a hospital.

He said: "These are incredibly strong words from Mark, but words which must be heeded by government and NHS England if a system-wide collapse is to be avoided.

"It abundantly clear that while the NHS is being ordered to focus all of its efforts on elective surgery waiting times, pre-hospital, emergency and urgent care is quietly falling apart, ambulance bays outside hospitals up and down the country have become wards, whilst patients die waiting for help."

An NHS spokesman said: "The NHS has been working hard to reduce ambulance delays and £150 million of additional system funding has been allocated for ambulance service pressures in 2022-23.

"There is no doubt the NHS still faces pressures, and the latest figures are another reminder of the crucial importance of community and social care, in helping people in hospital leave when they are fit to do so, not just because it is better for them but because it helps free up precious NHS bed space." 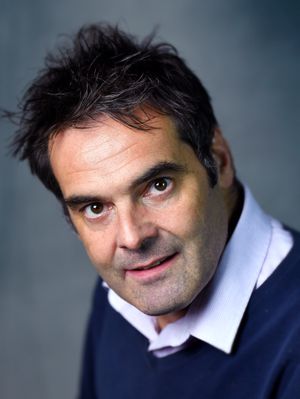 Rail fares to fluctuate based on demand in trial scheme

Boeing to cut about 2,000 jobs in finance and human resources