Telford MP Lucy Allan has called on the Government to intervene in Shropshire's health crisis in a strongly-worded letter to Jeremy Hunt.

In it, Ms Allan tells the Health Secretary that Future Fit bosses are attempting to "ride roughshod over the concerns of local clinicians and local people".

She calls on NHS England to "step in and resolve this impasse".

The process to revamp Shropshire's health services is at deadlock after proposals to site a new sole A&E and women and children's services at the Royal Shrewsbury Hospital failed to win the unanimous backing of commissioners at a meeting on Monday.

The failure to agree has further delayed a planned period of public consultation, with an independent review now being carried out before determining the next steps. But Ms Allan said enough was enough.

She said: "Future Fit has been given more than enough time to get it right, the time has now come for NHS England to intervene. Everyone who has been following Future Fit knows it is not fit for purpose and I would prefer to save the time and expense of an independent review.

"The longer this process drags on the more the people of Telford and Shropshire are let down. Persevering with this process is pointless."

In the letter, the Telford MP says Future Fit has "lost all credibility" and said it was imperative that action was now taken.

She said it was not the first time she had raised the issue with Mr Hunt, added: "It has divided the community and it is clear that clinicians will reach no agreement.

"Future Fit is overtime and over budget and manifestly is unable to deliver on its objectives.

"The attempt to drive through a recommendation that was unacceptable to the entire Telford CCG board shows an arrogance and determination to ride roughshod over the concerns of local clinicians and local people.

"All the concerns I have raised as the local MP have been ignored.

"Publicly there is no confidence in Future Fit and local hostility to this poorly managed programme increases each day.

"Healthcare management in Shropshire is in a downward spiral.

"Any public consultation will now not take place until mid 2017, but even after consultation it seems impossible that any consensus will be achieved.

"We are simply deferring the imposition of a proposal that has no support amongst local clinicians in Telford nor amongst local people.

"I ask that you invite NHS England to step in to resolve this impasse."

It comes as Shrewsbury MP Daniel Kawczynski revealed he would be writing to Prime Minister Theresa May to outline his concerns at how the proposals had been blocked.

Mr Kawczynski has accused Telford & Wrekin Council chiefs of "holding a gun to the head" of health chiefs by threatening a judicial review. He says he is creating a task force and wanted Mr Hunt to push on with the reforms, 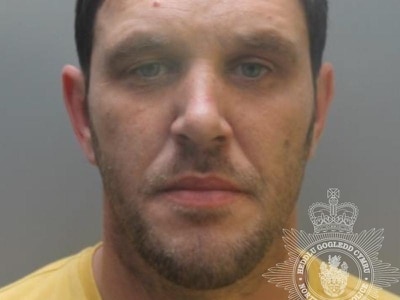