Big names from the world of classical music have been unveiled as headline acts at this year’s Proms and Prosecco in the Park festival near Newport.

British soprano Mary-Jess Leaverland, winner of the Chinese version of X-Factor, will be joined by international electric-acoustic ensemble String Infusion.

Operatic tenor Jack Foley is also at this year’s event on September 8, organisers have revealed.

A number of local musicians and performers will also be on the bill at the festival at Chetwynd Deer Park on the outskirts of Newport, which will coincide with the Last Night of the Proms.

A steady stream of tickets have already been sold for the event, which was held for the fist time last year and attracted a crowd of about 1,600.

There will also be food and drink stalls, children’s entertainment and a dedicated Prosecco bar, which is a new addition for this year.

Organisers have spoken of their delight at confirming the acts, and said details of the full programme will be released closer to the festival. Headline act Mary-Jess is an official Downton Abbey songstress and is currently on tour with the kings of “popera” G4.

The English and Chinese-speaking classical singer was projected into the limelight after winning China’s ‘I Want to Sing to the Stars’ show in 2009, otherwise known as the Chinese X-Factor.

Mary-Jess sang in her second language in front of 70 million television viewers to be crowned champion of the talent contest.

Since winning the Chinese competition she has toured with Russell Watson, performed with Sir Tim Rice and Don Black, sang to royalty in Windsor Castle, appeared on numerous TV programmes both in the UK and in China, and was chosen to sing the Downton Abbey theme tune.

She also performed at the FA Cup Final at Wembley Stadium singing Abide With Me in front of a live audience of 90,000 people and a worldwide television audience of 300 million people.

Mary-Jess will be joined by UK quartet, String Infusion – an all-female ensemble playing a mix of acoustic and electric strings.

The group, which has performed at events and venues all over the UK including the O2 Arena and the X-Factor studio as well as harmonising with the BBC Philharmonic Orchestra, is renowned for its pop/rock/classical crossover style of music.

Tenor Jack Foley, who performed at last year’s Proms and Prosecco in the Park and wowed prom-goers when he joined soprano Emily Haig on stage to sing “World in Union”, will also return.

Foley, who has been invited back by organisers due to popular demand, has performed with the The Royal Opera, Covent Garden Carl Rosa Opera Company and Grange Park Opera as well as starring in musicals across Britain and internationally.

Event organiser Esther Wright, director of Newport-based Fizz Festivals, said: “We are absolutely delighted to be welcoming Mary-Jess to the stage. She has an exceptional voice and her stunning arrangements will fill the park with glorious music suitable for all ages.

“We’re also thrilled Jack Foley will be returning by popular demand and we are very excited about String Infusion, who we know will captivate this year’s audience with their performance.

“There will of course be an exciting programme of British classics in keeping with the traditional music you would expect to hear at the Last Night of the Proms and once again, we are encouraging prom-goers to pack their picnic baskets full of goodies, dig out the picnic blankets and candelabras and gather their friends and family together for a wonderful afternoon and evening of entertainment.

“We will be revealing more details about the event over the next few weeks but the booking office is already open to those wishing to order their tickets and take advantage of the early bird ticket prices.

“We hadn’t anticipated starting to sell tickets quite so early but demand for tickets pre-Christmas meant we opened the box office earlier than expected and so far we have seen a steady flow of sales, which is fantastic.”

Gates will open at 2pm with music for all the family playing from 3pm until 9pm. 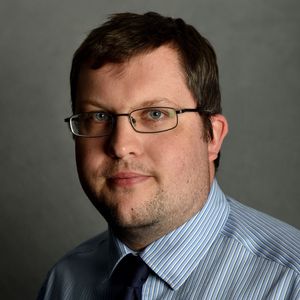