Former promotion-winning Wolves captain Karl Henry is hoping the club may unearth potential stars of the future thanks to a new-link up between the Academy and Boldmere St Michael’s.

A new partnership will forge close links between the Academy and Boldmere to the benefit of both, with the Wolves staff providing regular CPD opportunities and coaching sessions for the young Boldmere players, as well as regular friendlies and use of the Academy facilities.

In helping develop both male and female players across Boldmere’s 50 teams, the link-up also provides the Academy with opportunities to potentially recruit some of the best young players in a highly-contested area of Birmingham.

As revealed in the Express & Star in June, Henry, who has long-term aspirations to coach and manage at senior level, is now the juniors Head Coach within the Boldmere set-up as part of an overall strategy to implement a ‘modern possession-based style of football’ across the club.

“This is a really exciting partnership between Boldmere St Michael’s and Wolves Academy which will bring substantial reciprocal benefits to both parties,” says Henry.

“We have a strong commitment at Boldmere to playing a modern possession-based style of football, with a view to producing top young talent, and so being able to tap into the expertise of the coaches at Wolves Academy is of major importance.

“In return, Wolves will have the chance to run the rule over players throughout our age groups, helping their recruitment team build up a picture of the potential available in a very competitive region of the Midlands.

“One of the players I worked with last season went on to enjoy a successful trial and is now part of Wolves Academy, and we are confident there will be more young players who will be able to follow in his footsteps.

“On a personal note, with Wolverhampton being my home city and having represented the club for so many years, it is a very proud moment for me to be part of this link-up as I embark on what I hope will be a long and successful career as a coach.”

Henry, who made 272 appearances for Wolves and led the team into the Premier League, also runs his own Karl Henry Academy, supported by Boldmere, offering technical, possession-based training sessions every Friday evening for high-level seven to 10-year-olds.

Jack Maydew, recruitment officer with Wolves Academy, added: “Karl has played a massive role in making this partnership happen, along with Ray Gardner and members of the Boldmere board – we are extremely proud to partner with a fantastic club.” 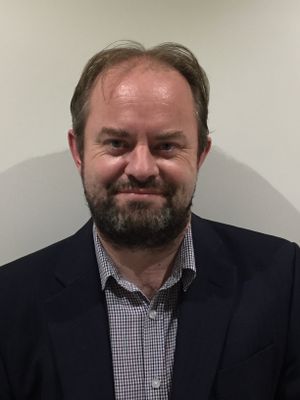 'And we're back!': Shrewsbury pub reopens in time for Christmas after revamp and name change

'We didn't want to have to take it this far': Land row campaigners prepare for date with destiny

Pub collects more than 200 gifts for our Christmas Toy Appeal

An Inspector Calls alive and well at Birmingham's Alexandra Theatre

Mark Andrews: I might be The Fall Guy, but at least my dream came true

The green delivery service helping shoppers in Wellington this Christmas

Newport school rated 'outstanding' in all areas by Ofsted inspectors

Sailors dig out world’s most remote post office in Antarctic

Palestinian refugee ready for ‘new chapter’ as she graduates with distinction

FedEx driver arrested after ‘confessing to kidnap and murder of girl, seven’

El Salvador seals off town as 10,000 police officers and soldiers hunt for gang