Wolves' Willy Boly out to ensure the Gunners draw a blank

Wolves clinching Champions League football is very much a possibility – and who on earth thought that would have been the case three years ago?

Sitting sixth in the Premier League – just three points off third-placed Leicester – thanks to three wins from three since the restart, it is all extremely encouraging, writes Joe Edwards.

Given how other results have largely gone Wolves’ way so far, too, there is reason to be very excited.

But make no mistake, tomorrow’s clash with Arsenal will be the toughest for Nuno Espirito Santo’s side since the resumption.

Yes, the Gunners are not what they once were and far from convincing at the back.

They have, though, won their last two and are always good for a goal – having put four past Norwich on Wednesday.

So, Wolves beating them would lay down a significant marker.

And Willy Boly is determined to keep another clean sheet, having helped Nuno’s lot to seven from their last eight matches.

“We have the same confidence every game. We know we have to work together to win the game,” said the Frenchman, who has rarely spoken to the press in his three years with Wolves.

“But if we think Arsenal will be easy, we will lose this game.

“We are working very hard and, hopefully, we can draw or maybe win.”

Wolves enjoyed a 3-1 victory over Arsenal at Molineux last season.

But Boly, who is so proud of the recent defensive record, would not be all that content with a repeat of that scoreline, as he wants another shut-out instead.

“Well, 3-1 would be good as well, but if we could not suffer a goal, that would be perfect for us.

“Obviously, this is the first target when we get on the pitch because we know we have the quality up front.

“If we don’t suffer a goal, we know the victory will be close for us.

“We know we have players on the bench with a lot of quality, and when they come on, there is a lot of space.

“Both teams want to win and when there’s a lot of space, it’s very good.”

Nuno, again, is expected to have everyone available for the big encounter.

And Boly, who has been rock-solid since his return from injury in February, insists the situation Wolves are in now is what Nuno told him would happen when he joined in 2017.

“When I went to the Championship, it’s true there was a big gap,” added Boly.

“But what was important was the project. In my mind, when I was at Porto, I dreamed the most of playing in the Premier League.

“So, when Nuno went to Wolverhampton, he said if I came with Ruben Neves and Diogo Jota, we could go up and do a good project.

“I trusted him, and now we’re here. What is happening right now is what was building three years ago.

“We said ‘let’s do it properly and see where we can go’. Now, we are here and I think we can go a little bit higher, again, if we continue to work very hard.

“What we have done is bring some players to increase the project. What we’ve done until now is what Nuno told me when I came.” 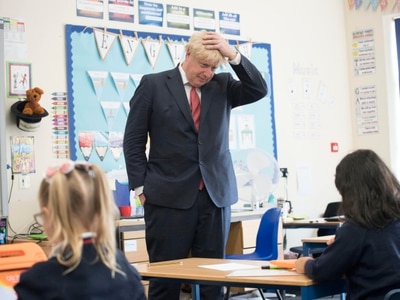