Six months ago, I had a crazy idea. I decided I’d convert our back yard into a cricket wicket. My father scoffed, my sister laughed but my partner smiled, observing that she’d be left with a fabulous lawn when my mid-life crisis ended.

I didn’t expect to enact the plan, there’d be too little time. But then Covid-19 struck and staying at home meant preparing my own mini-Lord’s. A garage abutting the end of our garden has been whitewashed, a mini sightscreen is in place. The nets arrive next week and my foolish dream to enjoy a boyhood game moves closer.

Foolishness dominates the actions of a small number of health managers. While frontline staff put themselves in harm’s way, from Scotland to New Zealand, their hypocritical bosses hit beaches and holiday homes. Those who provide televised press briefings have ignored their own advice. You could easily imagine that once the cameras stop rolling, they lick the faces of random strangers. We’re lucky their selfish actions have only cost jobs – rather than lives.

The unity shown across the UK is heartening. And boy do we need it. Prime Minister Boris Johnson may not be the most trusted, but we need him like never before. While many people do not yet know a Covid-19 patient, we all know the man voted to lead us.

The number of people using our parks is concerning. The nation didn’t seem to exercise as much before as it does now. In Twitter land, Wolves’ striker Diogo Jota is staying at home and has developed an unlikely addiction: managing Telford United on football manager. If ever he fancies a game, they may well sign him up.

It’s been an even better day for Doncaster Council, however, who smashed the internet by retelling a cautionary tale from Oregon, USA. In 1970, a whale washed up on an Oregon beach. Foolishly, officials decided to blow it into small chunks using dynamite in the hope the seagulls would eat it.

Experts cautioned against the idea but engineer George Thornton pressed ahead. He used too much dynamite, showered a quarter mile radius with rotting whale blubber and crushing a car with one particularly large chunk. The problem hadn’t gone away, only spread.

The moral of the story? Simple. Listen to the experts. It’s better to sit at home and do nothing than go outside and do something ridiculous. 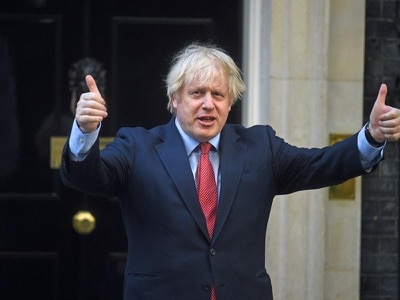