Interim Highways head Alun Morgan also praised the county’s farmers who have been “very, very effective” in keeping rural routes safe, and said the council might look at formalising the “loose contracts” it already has with them.

Operations manager Andy Wilde also said they would like to pursue appointing ‘snow wardens’, as he presented the 2019-2020 Winter Preparedness Plan to the Place Overview Committee.

The 10-member panel heard that Shropshire has 983 miles of major roads, more than any other inland English authority, and 17,494 tons of salt and 96 private contractors to use.

Mr Morgan and Mr Wilde explained that the winter period technically consists of 212 nights, and, in 2018-19, salt was spread on 55 of those.

The decision on whether to treat the defined network – all A- and B-roads and some more minor routes – is taken by council officers at five divisional offices after receiving a lunchtime weather forecast.

Councillor Steve Davenport, Shropshire’s cabinet member for highways, said: “As far as I’m concerned, this is our dream team who do an excellent job bringing everything together.”

He said the modern salt spreaders, which the council brought in on contract hire following the ‘Beast from the East’ in early 2018, spread salt more efficiently and evenly than the previous models.

Oswestry South councillor Paul Milner said: “Will the farmers be helping us out? Because they do a great job in the more rural areas, keeping them safe.”

Mr Morgan said: “We’ve got a loose set of contracts with farmers, but they have been very, very effective. They have always honoured those.

“We might look to formalise that in the near future, but it is a vital area.”

Broseley councillor Simon Harris, the deputy portfolio holder for transport, encouraged more areas to make use of the Environmental Maintenance Grant, which is available to qualifying town and parish councils to match-fund costs, including the clear-up of damage caused by wintry weather.

“I don’t think it’s very widely used or known about, but it should be,” he said.

Cllr Milner asked whether a snow wardens scheme was likely to be implemented in Shropshire.

Mr Wilde said: “Yes, we would like to pursue it. I’ve no doubt there are people in the community who would be willing to help with that.”

But he said the use of volunteers raises issues around service continuity.

Mr Wilde added: “We’ve got a contract with Kier, that we can hold them to. Volunteers are different.” 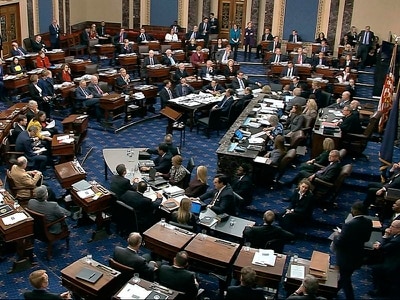